Andrew Dominik’s “Blonde” has already been attached to a few bombshells — and that’s not even counting its subject, Marilyn Monroe.

Ana de Armas is set to play the “Some Like It Hot” star in the adaptation of Joyce Carol Oates’ 2000 book. The film stirred controversy surrounding de Armas’ casting as the iconic actress, as well as the material of Oates’ fictionalized telling of Monroe’s journey through a series of abusive relationships.

De Armas was announced to play Norma Jeane (Monroe’s real first name purposefully misspelled by Oates with an extra “e” at the end of Jean) in 2019, with the film originally set for a 2021 release. The Netflix film has since been pushed to September 23, 2022 release.

Director Dominik selected de Armas after almost a decade of trying to cast the lead role. Jessica Chastain and Naomi Watts had reportedly been attached to the film, which was in development since 2010. De Armas snagged the role in 2019. Adrien Brody, Bobby Cannavale, and Julianne Nicholson also co-star as real-life figures in Monroe’s life.

“Blonde” has made waves with rumors of NC-17 rated sex scenes and the physical transformation of “No Time to Die” Bond girl de Armas into silver screen legend Monroe. The NC-17 rumors are true, as Netflix has confirmed the film’s rating due to “for some sexual content.”

Keep reading to see everything we know so far about “Blonde.”

The Film Is Based on Joyce Carol Oates’ Novel 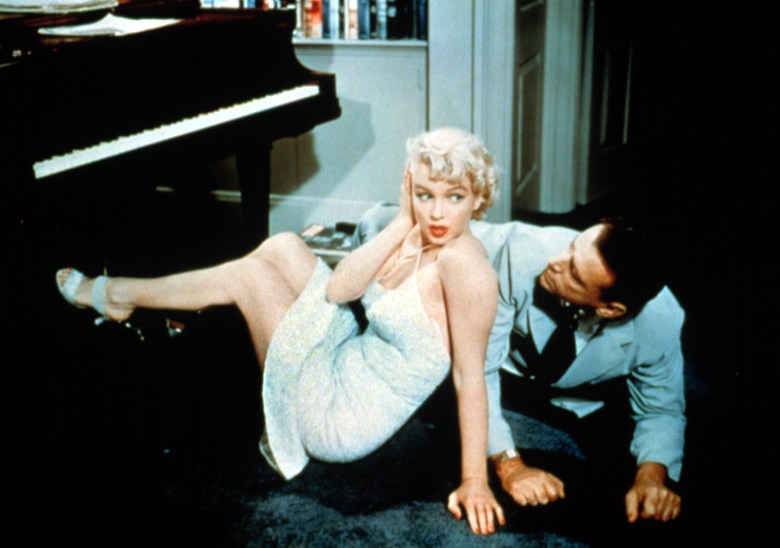 Joyce Carol Oates’ “Blonde” is a fictionalized narrative of Monroe’s life, starting with her relationship with her father and ending in her alleged assassination. Per Vogue, Oates first conceived of the novel after seeing a photograph of a 15-year-old Norma Jean Baker winning a beauty contest in California in 1941.

As in Oates’ 700-page book, the players in Monroe’s life are all identified only by nicknames. Dominik’s film adaptation is similarly steering clear of actual names, with Bobby Cannavale playing “The Ex-Athlete” Joe DiMaggio, Adrien Brody is “The Playwright” Arthur Miller, and Caspar Phillipson stars as “The President” John F. Kennedy. 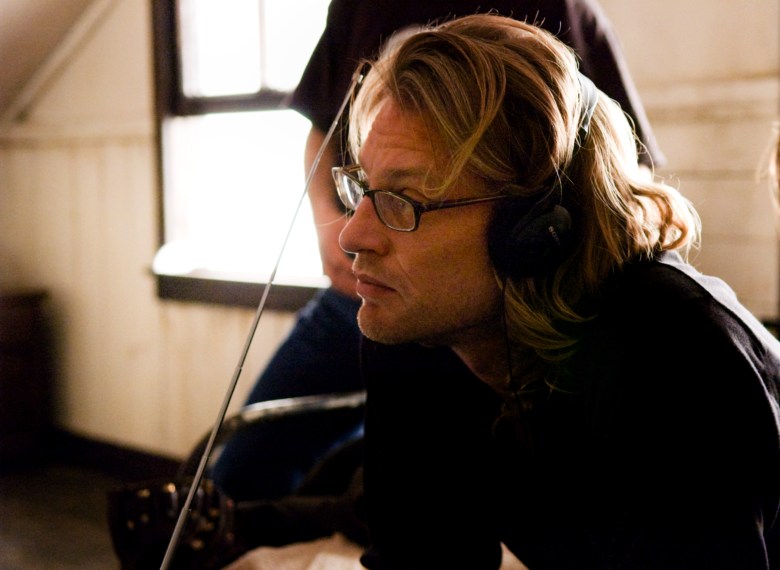 After collaborating on “The Assassination of Jesse James by the Coward Robert Ford” and “Killing Them Softly,” Brad Pitt teams up once more with director Dominik for “Blonde,” albeit their time behind the camera. Pitt’s Plan B production company officially is producing the movie. 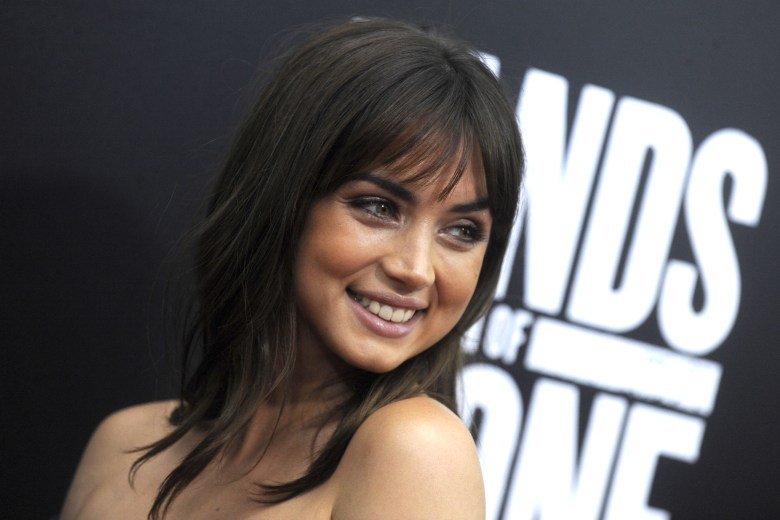 Director Dominik knew that Cuban actress de Armas was “the one” to play Monroe after just a single audition. De Armas gushed to Vanity Fair that the opportunity to take on the legendary star is a career-making task.

“I knew I could do it. Playing Marilyn was groundbreaking, a Cuban playing Marilyn Monroe,” de Armas said in 2020. “I wanted it so badly. You see that famous photo of her and she is smiling in the moment, but that’s just a slice of what she was really going through at the time.”

De Armas’ “Knives Out” co-star Jamie Lee Curtis, whose father Tony Curtis starred opposite Monroe in “Some Like It Hot,” praised de Armas’ portrayal, saying, “I dropped to the floor. I couldn’t believe it. Ana was completely gone. She was Marilyn.”

The Transformation into Marilyn Was “Exhausting” 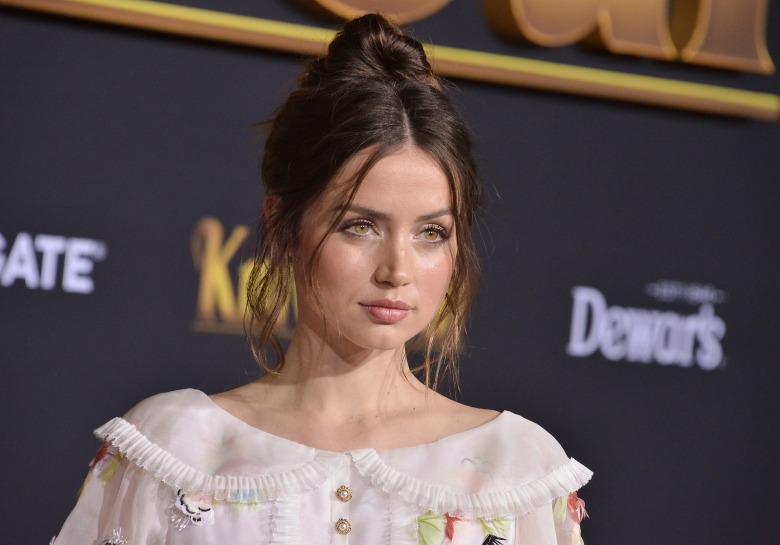 De Armas revealed to Byrdie that she wore a bald cap to conceal her natural brunette shade while starring as the titular blonde bombshell.

“[Marilyn] went through different shades of blonde from golden to really platinum, so for these wigs that are beautifully made, you can’t have anything dark underneath, so we had to make a bald cap every single day from my forehead to [around] my whole head,” de Armas said.

The hairstyle was only part of the three-and-a-half hours of makeup every day.

The “Deep Water” star later told The Sunday Times that she trained for nine months with a dialect coach to perfect Monroe’s signature voice. “It was a big torture, so exhausting,” de Armas added. “My brain was fried.”

#MeToo Is What Led to “Blonde” Finally Going into Production 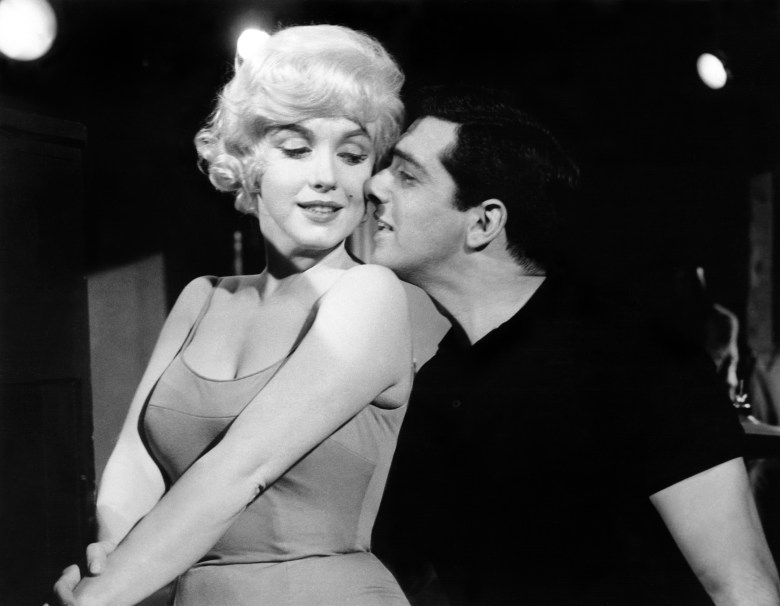 Dominik revealed to Screen Daily that the film “wouldn’t have got done” without the #MeToo movement “because nobody was interested in that sort of shit, what it’s like to be an unloved girl, or what it’s like to go through the Hollywood meat-grinder.”

Dominik told Collider that he thinks “Blonde” will be “one of the 10 best movies ever made” since it’s about the human condition. “It tells the story of how a childhood trauma shapes an adult who’s split between a public and a private self. It’s basically the story of every human being, but it’s using a certain sense of association that we have with something very familiar, just through media exposure,” Dominik said. “It takes all of those things and turns the meanings of them inside out, according to how she feels, which is basically how we live. It’s how we all operate in the world. It just seems to me to be very resonant. I think the project has got a lot of really exciting possibilities, in terms of what can be done, cinematically.”

Plus, Dominik noted the film “has very little dialogue in it” and as a writer-director, he’s “really excited about doing a movie that’s an avalanche of images and events.”

The “Disturbing” Film Gets Joyce Carol Oates’ Stamp of Approval 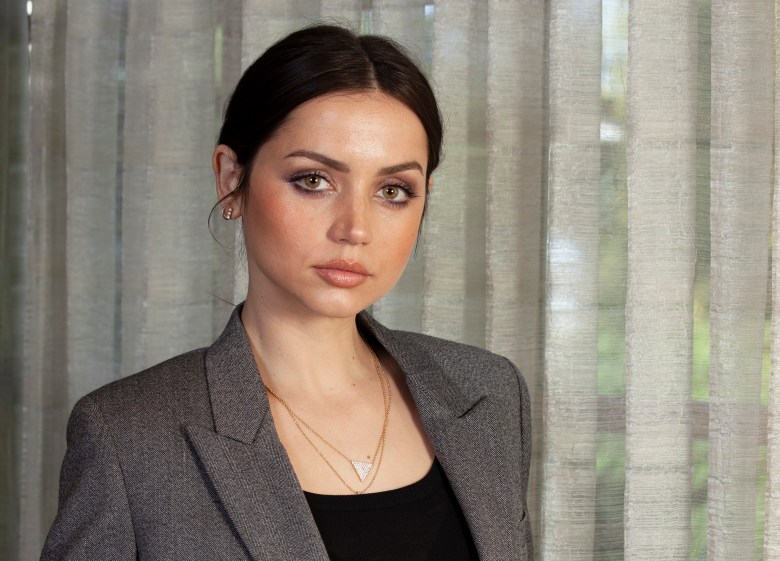 Author Oates shared her reaction to the film after watching a rough cut in August 2020. “It is startling, brilliant, very disturbing and perhaps most surprisingly an utterly ‘feminist’ interpretation,” Oates tweeted. “Not sure that any male director has ever achieved anything [like] this.”

By September 2021, Oates tweeted that the presumably final film is “an exquisite portrait of Marilyn Monroe by Ana de Armas & director Andrew Dominic; one without the other could perhaps not have worked this magic. The tone of the film is hard to classify, not surreal but not totally realistic, not ‘horror’ but suffused with the dread of horror.” 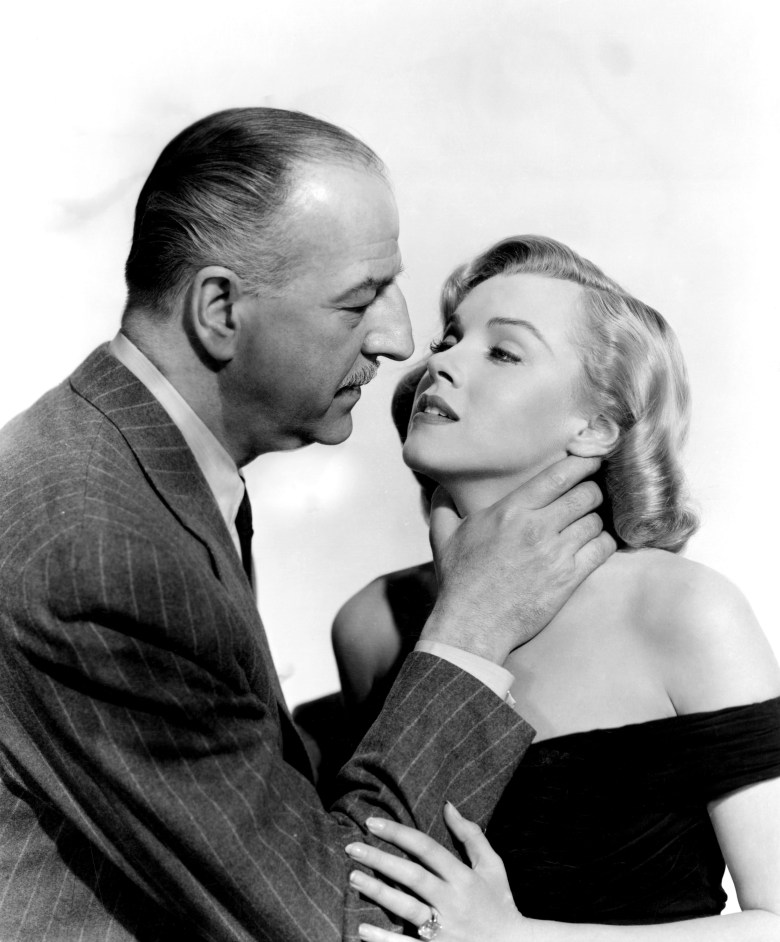 While Dominik has described “Blonde” as an “emotional nightmare fairy-tale type movie,” he did clarify that some rumors around assault scenes are inaccurate. The writer-director previously said the NC-17 rating rumor was “horseshit,” but during an interview with Screen Daily in February 2022, Dominik confirmed the mature content.

“It’s an NC-17 movie about Marilyn Monroe, it’s kind of what you want, right? I want to go and see the NC-17 version of the Marilyn Monroe story,” Dominik said.

“It’s a demanding movie,” Dominik said. “If the audience doesn’t like it, that’s the fucking audience’s problem. It’s not running for public office.”

The Release of “Blonde” Depends on Netflix 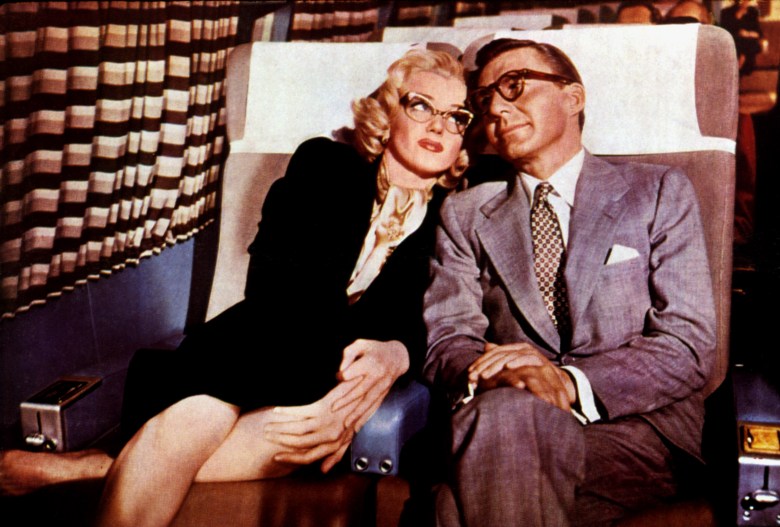 “How to Marry a Millionaire”

In 2021, Netflix reportedly declined to screen “Blonde” at the Cannes Film Festival, along with Jane Campion’s “The Power of the Dog,” due to the strict theatrical release laws in France.

“[Netflix] said, ‘We’ll put the movie in theaters for eight months before we bring it out on the platform,’” Dominik told Screen Daily.

The streaming platform has to adhere to a 15-month window between a film’s release on its French arm of Netflix and a theatrical release. Cannes also requires all films screening in Competition to commit to a full theatrical release in France.

This year, “Blonde” also will not premiere at 2022 Cannes.

Additionally, Dominik noted that streaming giant Netflix “insisted” on hiring “Tenet” editor Jennifer Lame “to curb the excesses of the movie,” which has delayed its release. Regardless, Dominik noted that he has “nothing but gratitude for Netflix” overall.

The first look at Ana de Armas as Marilyn Monroe sent the Internet into a tizzy when the teaser trailer dropped on June 16. “Blonde” will officially debut September 23 on Netflix. The first footage shows Monroe (de Armas) being attacked by paparazzi and quickly turning from crying to laughing before going onstage.