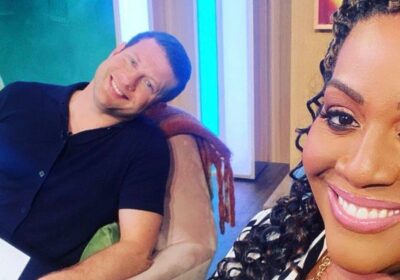 Alison Hammond has reportedly bagged herself a new job presenting alongside Vernon Kay on a new quiz show for the BBC.

After working with ITV for two decades, the 46 year old star looks set to be continuing to grow her career portfolio with a another role on the rival channel.

According to reports, the Birmingham-born host is set to team up with Vernon on classic quiz show Friends Like These.

The pair will also reportedly replace Ant and Dec in the process.

A source told The Sun: “The BBC are filming a pilot for Friends Like These with Vernon and Alison in the New Year.

“Everyone involved in the reworking on the show is so excited to get started.”

The source added that TV execs are convinced vernon and Alison will make a “real success” of the project, excited for the show to launch in 2022. Vernon, 47, has also been busy trying out new gigs recently as he anchored ITV’s lunchtime panel show Loose Women for a special edition of Loose Men.

He is no stranger to helming successful quiz and entertainment shows, with the likes of Family Fortunes and Game of Talents under his belt already. It comes as This Morning viewers called for a shake-up of the programme recently as some claimed roving reporter Josie Gibson had more "natural" charisma than some of the other presenters on the show.

The host was drafted in last minute to host alongside Phillip Schofield when Holly Willoughby was off sick with a stomach bug.

But while some viewers were nervous at first, many were delighted by the presenter's skills on the sofa and one person even suggested she'd be a better fit for Friday's show instead of Alison and Dermot combined.

For all your latest updates on TV presenters, sign up to OK!'s daily newsletter.