It’s been 20 years since Alejandro González Iñárritu made his feature film debut with “Amores Perros,” which launched the Mexico City WFM radio disc jockey onto the global film stage. The movie was produced by Alejandro Soberón, who put up $2 million after reading the 300-page screenplay by rookie screenwriter Guillermo Arriaga, which wove three Mexico City stories into a triptych united by a horrific car crash. The film debuted at Cannes, winning the Critics Week Grand Prize, and went on to score foreign-language nominations for the Golden Globes and Oscars and a BAFTA win.

For the October 28 opening of the 2020 Morelia International Film Festival, Oscar-winner Iñárritu (“Birdman”) joined his cast and crew on a Zoom to reminisce about the creative event that changed their lives. Morelia debuted his short film “Journeys” in 1996 and went on to play most of the director’s movies, including the 2020 opening night title — a remastered version of “Amores Perros,” which will be released on streaming platforms later this year, with a special Criterion 4K digital restoration available on December 15. A theatrical version will eventually reach theaters as well, via Alejandro Ramirez’s Cinepolis chain.

The restoration “changes the colors without changing the essence of the film,” said the director, “translated into the digital world. You are going to enjoy the film in a different yet powerful way.”

Many of those on the Zoom call, from actors Gael Garcia Bernal (who called in by phone), Adriana Barraza, Vanessa Bauche, Gustavo Sánchez Parra and Goya Toledo, to Argentinian composer Gustavo Santaolalla and producer Martha Sosa, had no idea what they were getting into when they signed onto this project with the fledgling director. Many were his friends. Producer Tita Lombardo remembered a first-day ceremony with red roses when the director told them, “From this moment on, we are family. Our memories are going to travel inside the film.”

Iñárritu thanked Soberón for exceeding his $1.5 million budget cap to “risk his money,” he said, “on a bunch of crazy people trying to do this film.” 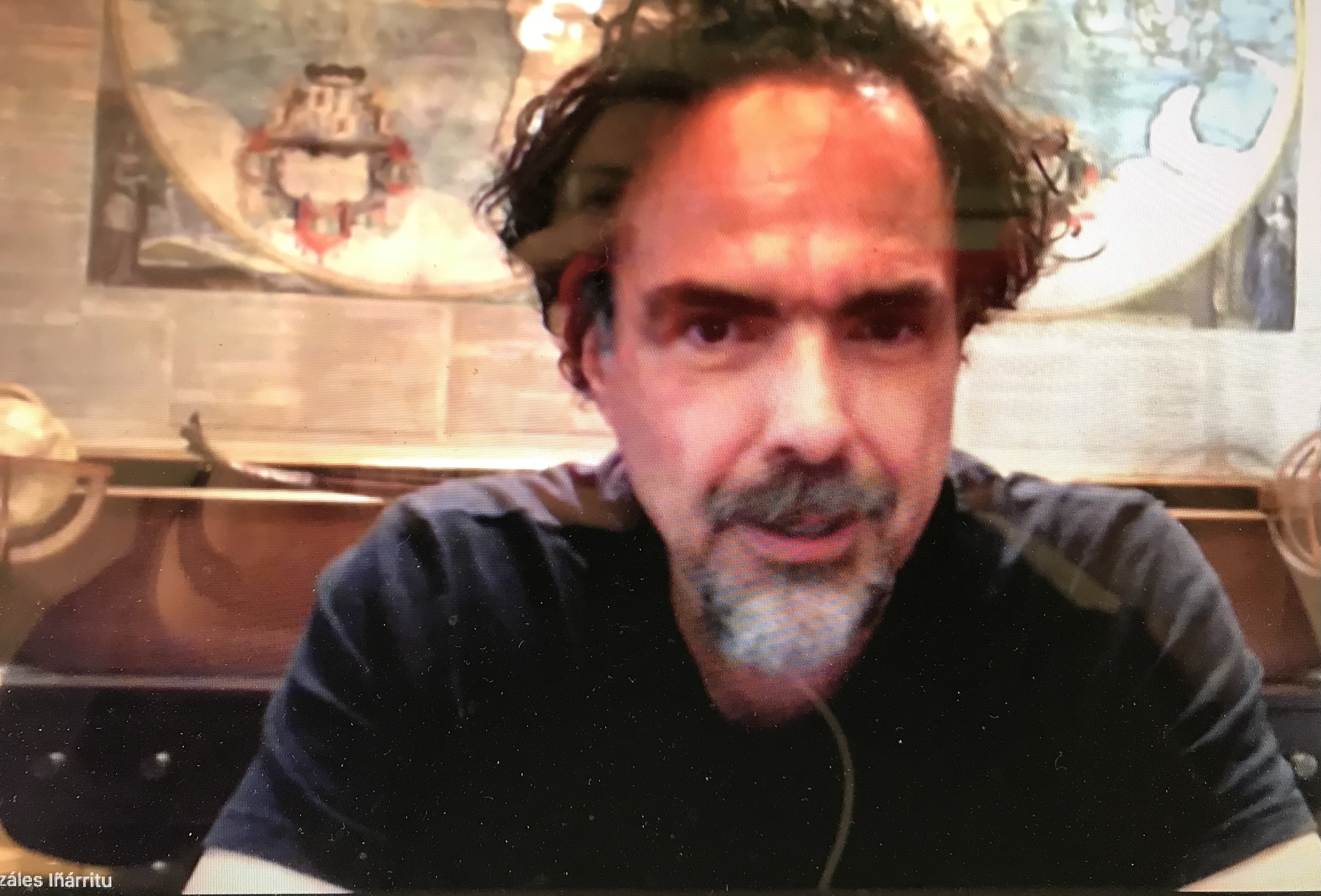 Many also described facing the filmmaker’s discipline, obsession, and demanding perfectionism. Music supervisor Lynn Fainchtein asked promising rising bands to participate in the soundtrack, “who are now legends,” she said. She also recalled the director’s late-inning request to remix a song because one voice needed more reverb. “I learned that when you want something, you have to fight, even for the reverb of the voice in the second chorus of the soundtrack of your film. You won’t sleep and neither will anyone else.”

Rookie sound editor Martín Hernández was in terror of losing his job for ruining the movie. He asked for three extra weeks to fix the sound. “It survived,” he said. “We are now mixing tracks again for the new sound mix. This is how we would have wanted for the sound to sound, with 20 years more experience and budget. Suffering is also a part of learning.”

Garcia Bernal first heard about the movie when he was woken up in the middle of the night in London, where he was studying acting, by a live on-air radio phone call from the familiar voice of the WFM radio host “telling me about this film,” he said. “He wanted to send me the script. Back then I didn’t have a clue, I was a boy, I hadn’t done anything, I had never read a feature film script… I begin reading ‘White Dog Black Dog’; I said ‘Wow, this is great, but the film finishes too soon! What happens to Octavio?’ I was confused. There were other stories. I was naive and innocent somehow. This film just happened to me.”

At the time, said Garcia Bernal, “voices were not heard that much, the concept of freedom of speech was difficult in Mexico. There were not many places to achieve that and all of a sudden this film came out with such power. And suddenly the whole world knew about our reality in Mexico. This changed our lives forever. The film is going to transcend time. In 20 years more, we will remember who we were back then. It’s the reason why we are the people we are now.”

In order to land the actor, the filmmaker moved the shoot up from September to May, which demanded the entire production prep in just nine weeks. Artist Fernando Llanos was tasked with drawing his first storyboards at age 24 before the final script was ready, and also shot 43 hours of video. “I knew what they were talking about: Wong Kar Wai, Lars von Trier, directors we both like,” he said. Llamas went on to storyboard von Trier’s “Dancing in the Dark,” and is working on an illustrated book about the making of “Amores Perros.” 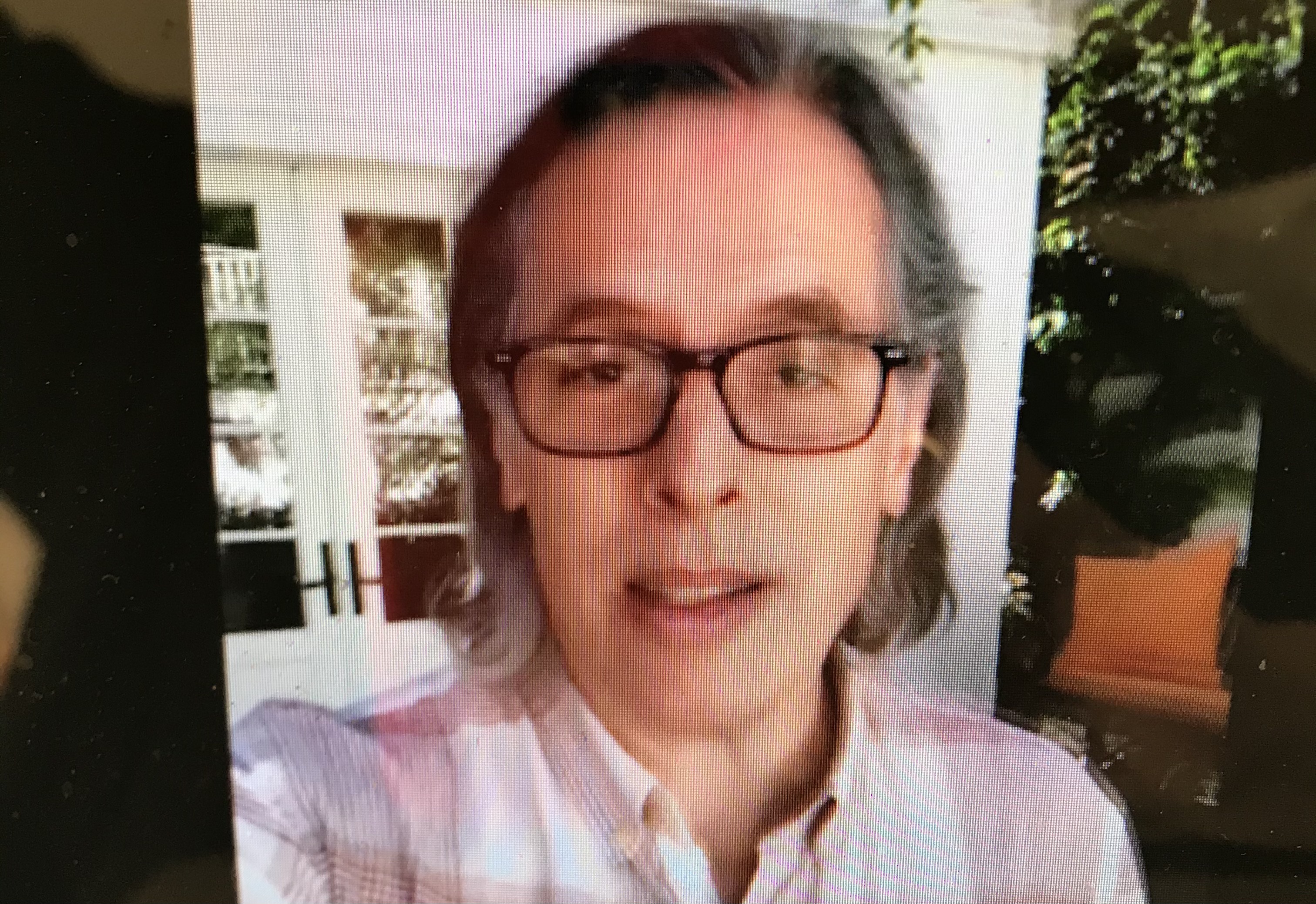 During location scouting, in one “not-so-good neighborhood,” said Lombardo, “We were robbed by gang of 11-year-old kids who took some of cinematographer Rodrigo Prieto’s equipment. Instead of not going back to neighborhood, we hired these hoodlums as extras in the film.”

“When they robbed us, one put a gun to my head and took my gold chain,” said Inarritu.

“We were naive,” said Oscar-nominated Prieto (“Brokeback Mountain”). “We took so many risks.” Recalling the challenge of shooting the centerpiece accident sequence, which after many rehearsals had to be shot in one take in the late-afternoon light, “the risk was high we could have a real accident. But the stars got aligned and we managed to do the scene. Even when we developed it with a special lab process that had not been done, there was a risk that the shot couldn’t be used. But we still have the master, so we were able do color grading and restored the film in a way you’ve never seen. We didn’t have the density and contrast and color we wanted. This will be as close as possible to see our original intention.”

That sequence was terrifying for everyone and none more than producer Francisco Gonzalez, who was already worried about the movie going over budget. “It was the hardest, most difficult thing in terms of production,” he said. “Eleven cameras, trash cans all over the place, it began raining, one of the cars crashed in rehearsal.” 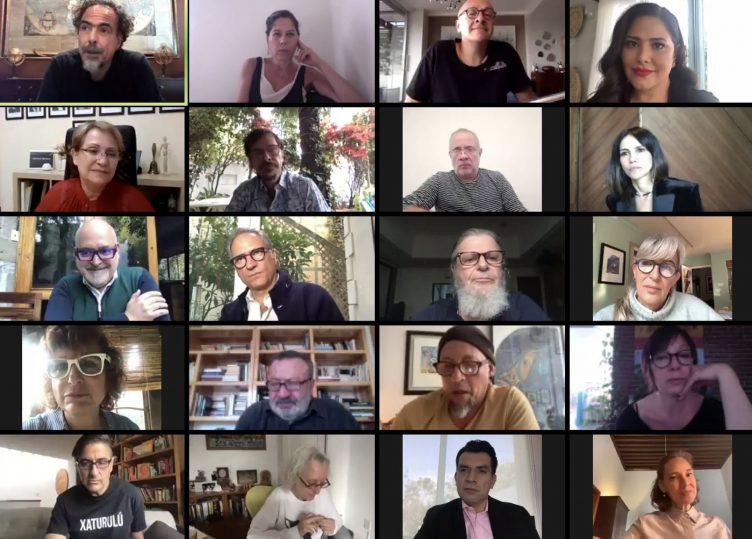 The final budget was $2.4 million. But Soberón had it covered: “If it went over, Alejandro would pay for the difference. We went over the top. When he had to put some money in for finishing the film, he became a partner in the film. So we did well, even with that. It made it such a good business for all of us. There was never a doubt of the quality, the talent, the creative performance. What we knew was love and care was put into this film.”

After the film hit big, at an Oscar party in Hollywood, Soberón recalled that Warren Beatty got on his knees in front of the director. Right then he said to himself, “Wow, I think Mexico just lost Alejandro and the whole world is going to steal him.’ I am proud that you come back to your country to film. The film was a platform for developing and promoting so much talent.”

Assistant director Carlos Hidalgo credits the film’s unexpected and long-lasting success to “teamwork and believing in your dreams, to kill even for your dreams,” he said,. “It remains in every one of us. Together with your discipline. You have to be very precise in this business. You have to work with rigor and discipline, work under pressure, without breaking the harmony.”