Al Pacino was constantly on the verge of getting fired from The Godfather but director Francis Ford Coppola saved the role that launched his career by shifting around shooting sequences to move up a scene – the one where Michael Corleone commits to the family business by popping another mobster and a crooked cop in a restaurant.

“They were going to let me go. Francis said, ‘I want you to know, I believe in you. Francis pushes that scene forward. The studio liked it,” Pacino said at a screening of the restored film for its 50th anniversary as part of Tribeca Festival’s retrospective series. The rest is history, and maybe destiny. When he first got the part, Pacino said, he called his grandmother. She informed him that his late grandfather actually came from the town of Corleone in Sicily. 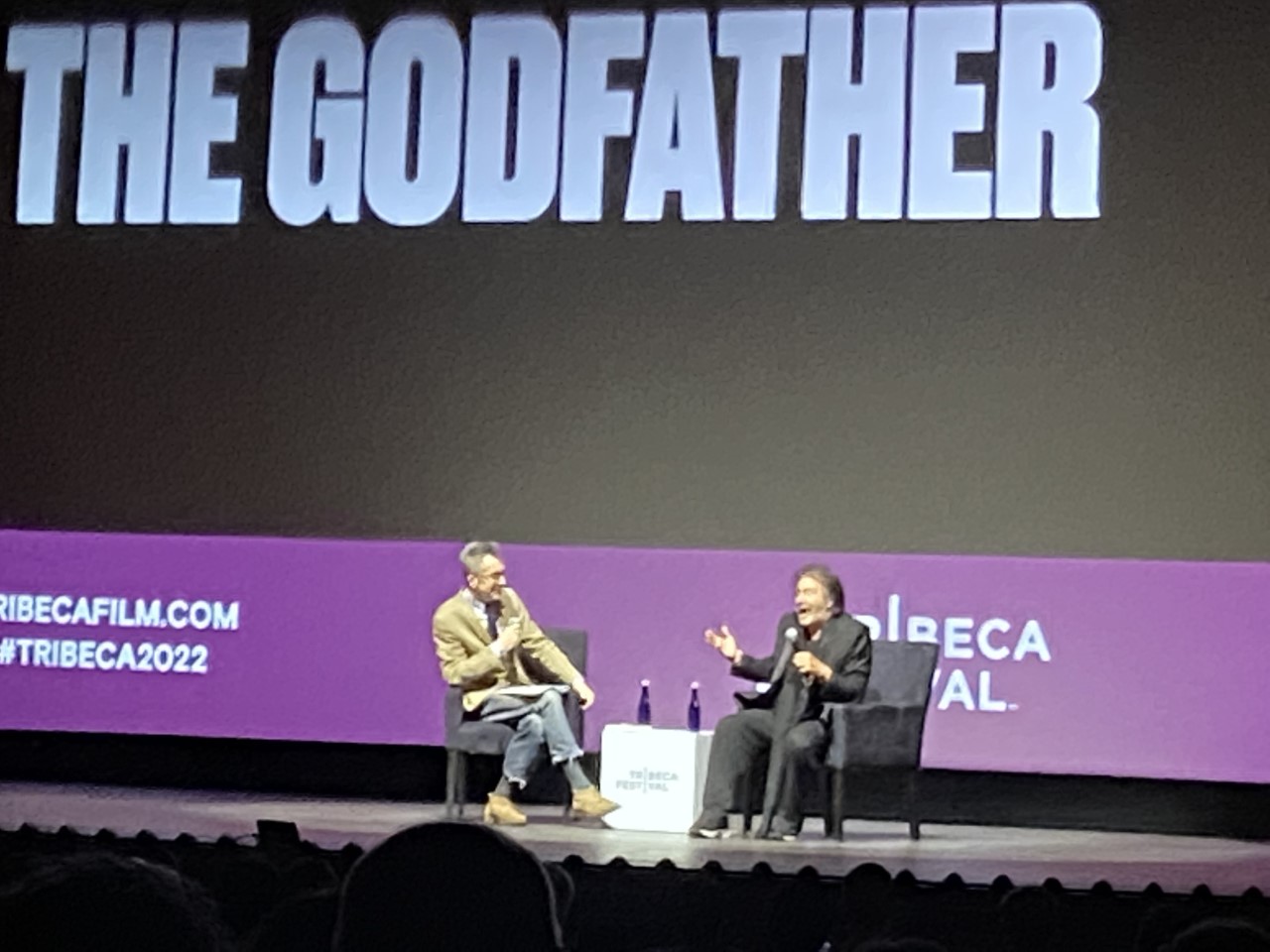 In a wide-ranging Q&A with author Michael Hainey in front an adoring crowd, the actor talked about his early career trying to make it in New York City as a thespian while working as an apartment building super who couldn’t fix anything. “I knew this Greek guy, and I would call the Greek guy and he would come over and fix it. They always wanted to let me go. Why they kept me, to this day, I don’t know.”

He said he hadn’t watched the 1972 film that garnered him an Oscar nomination for Best Supporting Actor (alongside James Caan and Robert Duvall) for about ten years.

Pacino recalled finding the helmer “bawling his eyes out,” sitting on a gravestone after the Don Vito Corleone funeral scene. It was a pivotal moment.

“The light had gone so they can’t shoot anymore and felt they had enough,’ Pacino said. He himself was pleased that he could go home. But then he saw Coppola. “He is sobbing. I said, ‘What’s wrong Francis?’ He looked at me and said, ‘They won’t give me another set up.”’

‘They wouldn’t give him another shot. I though, huh, this may be a great film. When you have that kind of passion that you are bawling your eyes out because of one extra shot.”

“I auditioned for The Godfather along with every other actor in New York. And Al of course got the role of Michael. I guess they thought I was too young and too good looking.,” De Niro said. “Ironically, I did play his father in [The Godfather] Part II. When I asked him to come to the festival this year I said, ‘It’s Fathers Day. You’ve got to show some respect.’”