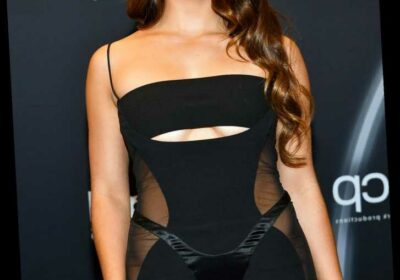 TikTok's Addison Rae Easterling is opening up about how she deals with the nonstop comments she gets on the popular social media app — including the ones that are "hateful."

The 20-year-old star recently told Made Addicts that she tries to ignore the comments, but admits that she does "read them."

"I have to remind myself that the people who leave the hateful comments don't know me," she said. "They think they know me based off what they see on social media but they don't know me completely. So I can't let that affect my heart and soul." Easterling also delved into how she grounds herself while many of her TikToker peers are "caught up in negative headlines."

"This is difficult," she said. "I've definitely had my share of headlines."

"I receive a lot of hate and for the craziest things," she continued. "People seem to hate me for being too nice… they just hate it. People are actually so upset about me smiling all the time …  No, literally, if I laugh in a TikTok, people are like, 'Why does she have to laugh about everything she does?'"

She went on to say that she surrounds herself "with good people who love me and I love them" and tries to remember that those who leave negative comments may be going through a tough time and taking it out on her.

"I always look at it, too, like people who have negative things to say, a lot of them are going through things themselves, and they're trying to deflect that onto someone else," Easterling said. "When you see someone on the internet who's getting a lot of likes or followers, you don't necessarily think they'll see [negative comments], so you just want to project that onto them."

"It's like, if I feel this way, I want someone else to feel it, too. If people are being hateful, I just wish the best for them, you know?" she added.

As for whether she's ever thought about leaving TikTok, Easterling said, "No, I think as long as it's a thing, I'll be on it."