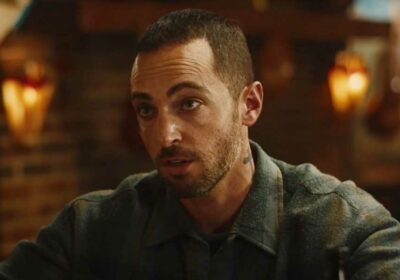 Horwitz sat quietly in the courtroom as a federal prosecutor read through the agreement explaining how he made false promises claiming that investor cash would go toward securing titles for subsequent movie and TV distribution deals with major outlets such as HBO and Netflix. While he used some of the money to pay back early investments and keep his scam going, prosecutors say Horwitz used more than $5 million to fund his “lavish lifestyle,” buying a luxury two-story home in the Beverlywood neighborhood of Los Angeles, complete with a swimming pool, home gym and private screening room.

Horwitz admits he swindled at least five investors out of $230 million. In one example included in his plea agreement, Horwitz says he duped an Illinois investor into sending him more than $1.4 million in December 2018 with the bogus pledge that the money was buying certain international distribution rights to Active Measures, a (real) documentary exploring alleged collusion between the Trump campaign and Russia.

When he started defaulting on payments to clients in late 2019, Horwitz began fabricating emails with “@hbo.com” and “@netflix.com” addresses to “lull” his investors into believing their money was still “safely invested” and that any delays were “caused by the actions of the online streaming platforms,” according to the plea agreement.

Horwitz, who used the stage name Zach Avery when he acted in The Devil Below and You’re Not Alone, falsely told investors his company, 1inMM Capital, was so adept at acquiring film distribution rights and licensing them to major online platforms that he could offer eye-popping 25- to 40-percent rates of return on their investments, prosecutors said when he was charged earlier this year.

Horwitz was out of custody and accompanied by family members at the change of plea hearing. He assured the judge he was aware of the maximum 20-year sentence and not under the influence of any substances before changing his plea. The judge then warned that prison time was all but guaranteed at his sentencing set for January 3rd.

“I do understand that, your honor,” Horwitz said.

“Are you pleading guilty because you are guilty?” U.S District Court Judge Mark Scarsi asked.

“Yes I am, your honor,” Horwitz responded.

Judge Scarsi allowed Horwitz to remain out of custody on a $1 million bond secured with his mother’s house and an ankle monitor until his sentencing.

“Mr. Horwitz has always understood the gravity of the circumstances, the large amount of money involved and that this day would come,” his lawyer Anthony Pacheco told the court.

“Mr. Horwitz has accepted responsibility for his actions, and today’s plea is an important step in that process of accepting responsibility,” defense lawyer Ryan Hedges told Rolling Stone after the hearing.