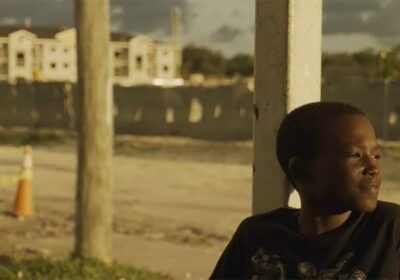 Fork Films, a New York production company co-founded by Abigail Disney, has announced 11 grantees for its 2021 round of documentary funding. Topics explored in the slate of films include social justice, the impact of the pandemic on historically marginalized communities, climate gentrification and maternal mortality.

The company has funded over 100 projects over 14 years, adding up to over $4.5 million in documentary grants and support. With an aim to elevate justice-driven filmmakers, Fork Films has funded critically acclaimed projects in the past such as “Disclosure: Trans Lives on Screen,” “One Child Nation,” “Cameraperson,” “Crip Camp: A Disability Revolution,” “Strong Island,” “The Square” and “The Invisible War.”

This year, along with financial support, Fork Films is offering grantees the opportunity to participate in workshops titled Collective Lens: An Impact Roadmap led by nonprofit organization Peace is Loud. The workshops will cover impact producing strategies, building campaigns and designing distribution plans with impact in mind as well as impact campaign fundraising, budgeting, and assessment. Peace is Loud will also provide resources including turnkey templates, guides and best practices developed after a decade of leading campaigns.

“These stories, many with themes of justice, activism, community and family, help us find meaning in the world around us. These filmmakers are bringing profound and moving stories to light and we are honored to support that work,” said Kat Vecchio, chief creative officer of Fork Films.

“I am unspeakably proud of this slate of films which includes diverse and compelling stories that reflect Fork Films’ mission to make and support work that disarms, illuminates and sparks conversations,” said Disney, who serves as Fork Films CEO and co-founder.

“Black Snow,” directed by Alina Simone and produced by Kirtsine Barfod, is told through from the perspective of a citizen journalist explorring the human cost of coal.

“Confessions of a Good Samaritan,” directed by Penny Lane and produced by Gabriel Sedgwick, follow’s Lane’s decision to give one of her kidneys to a stranger in a humorous and emotional personal quest to understand the nature of altruism.

In “Fire Through Dry Grass,” a group of Black and brown disabled artists on a small New York Island fights COVID and the city to protect the lives of 500 vulnerable nursing home residents. The film is directed by Andres “Jay” Molina and Alexis Neophytides and produced by Neophytides and Jennilie Brewster,

In “How to Build a Library,” directed and produced by Maia Lekow and Christopher King, two Kenyan women transform a dilapidated library in downtown Nairobi into a hub for the city’s citizens and creatives. To complete the project, they must wrangle with local government, raise several million dollars and confront a problematic colonial history.

“Listen to Me,” directed and produced by Stephanie Etienne and Kanika Harris follows four women on the front lines of the Black maternal health movement/

“Mija” tells the story of Doris Muñoz, an ambitious music manager whose undocumented family depends on her ability to discover aspiring pop stars. Isabel Castro directs, and serves as a producer along with Tabs Breese and Yesenia Tlahuel.

“My People, My Land” (a working title) is directed by Jialing Zhang and produced by Zhang and Alexandra Codina. By witnessing a deeply divided Nigeria community’s bitter fight for land, livelihood and faith against a fast-expanding Chinese industrial zone, the film offers a balanced look into a community at a crossroads as China rewrites the rules of the next stage of globalization.

“Razing Liberty Square,” directed by Katja Esson and produced by Ann Bennett, Corinna Sager and Ronald Baez, is set eight miles inland of Miami’s beaches where Liberty City residents fight to save their community from climate gentrification as their land, sitting on a ridge, becomes real estate gold.

“Standing Above the Clouds” follows three Native Hawaiian families who dedicate their lives to defending the sacred mountain of Mauna Kea when the world’s largest telescope is set to be built on top of it. The film is directed by Jalena Keane-Lee and produced by Amber Espinosa-Jones, Erin Lau and Jalena Keane-Lee.