‘Abbott Elementary’ Takes on the World in Season 2

“Abbott Elementary” is having an extraordinary year. The ABC sitcom burst out of the gate in January with its mix of sharp political commentary on public schools and a heavy dose of teacher appreciation. Nine months and three Primetime Emmy wins later — including Sheryl Lee Ralph as Outstanding Support Actress in a Comedy and creator Quinta Brunson for Outstanding Writing for a Comedy Series — it’s entered its sophomore season with so much buzz you’d think this network show was on a streamer. (And it is, with Hulu offering next-day availability.)

Season 1 kept its focus on the Abbott staff at school. Glimpses of their personal lives were fleeting, from Ava’s (Janelle James) relationship with her grandma to Gregory (Tyler James Williams) revealing that his dad has a landscaping business. There was even an episode, “Work Friends,” devoted to how little interaction the characters had outside Abbott. In the two episodes screened for press ahead of the September 21 premiere, it’s now clear that these characters aren’t living just for the kids.

Last season ended after Abbott’s idealistic heroine, Janine Teagues (Brunson) broke up with her boyfriend, the school received a big grant, and she found her footing as an educator. The Season 2 premiere starts a few weeks later as Janine preps for a new school year and claims that she’s moved on from her relationship. Methinks thou doth protest too much.

Being a stabilizing force for their students often means teachers sublimate their own problems, but the problems still exist. In Janine’s case, losing her boyfriend means she’s struggling financially and can’t focus on her classroom. As Tyler James Williams said during an interview with IndieWire earlier this year, the “Abbot Elementary” creators want this story to create empathy for what educators in America face.

“[Teachers] choose this vocation knowing what comes with it, knowing how hard it is, and choosing to help raise your kids,” he said. “If I can make you laugh on Tuesday night with your family and then Wednesday morning, when you drop your kids off to school, if you’re just that much nicer or have that much more compassion [for] the people that you’re dropping your kids off to then I did my job.” Taking Abbott’s teachers out of their workplace and into their personal lives increases that awareness in Season 2. 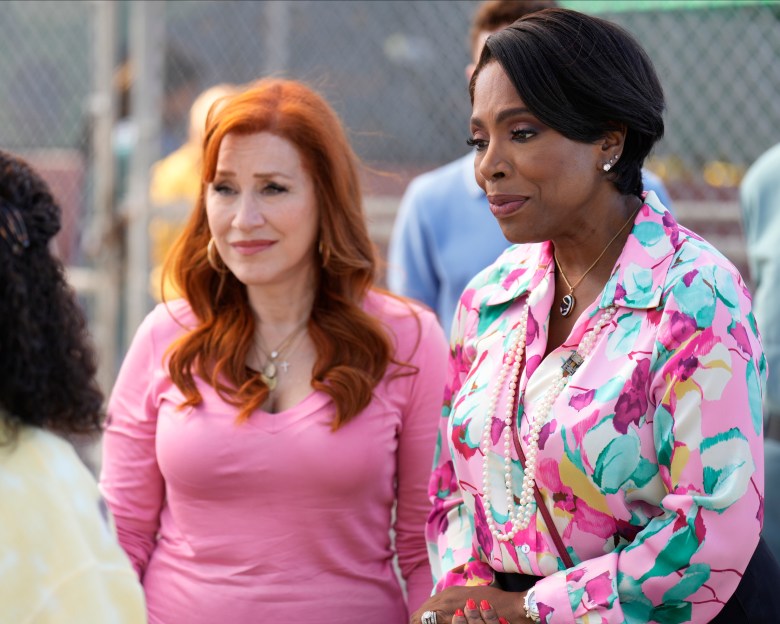 For Brunson, whose bright smile and effervescence create such a charming protagonist, making Janine feel less like a character and more like a person allows her to show more of her impressive range. It’s funny to watch Janine attempt to drive her car with a parking boot on it, but it’s moving to watch her acknowledge the fact that she’s not okay. Gone is the facade of the fun and dorky girl; in its place is a human who’s just trying to make it through the day.

Forr the characters who spent so much of Season 1 being irked by Janine’s exuberance, it’s also an opportunity to finally embrace her. Barbara (Sheryl Lee Ralph), Melissa (Lisa Ann Walter), Gregory, and Jacob (Chris Perfetti) understand her frustration and since she’s given up trying to be cool, they can celebrate her for who she is.

In another move derived from stories of real educators, we see Melissa deal with having to teach a combined 2nd and 3rd grade class, while Barbara desperately wants to get an accessible desk for a student who uses a wheelchair. “Abbott” continues to deftly blend comedy with real-world issues and Season 2 is great at showing that the grant money doesn’t solve Abbott’s problems. In fact, it makes some things worse: It forces the teachers to make painful decisions about what they can and can’t solve. Sometime, no amount of money can make up for short staffing and lack of school district support.

“Abbott Elementary” is growing not only in its storytelling but also in the strength of its writing. If the series relied on its jokes and kept the characters bound to the elementary school, that might have been easier and it might have worked. Instead, it took the risk of expansion and now there’s no telling where the show may go next. School’s back in session and we couldn’t be happier.