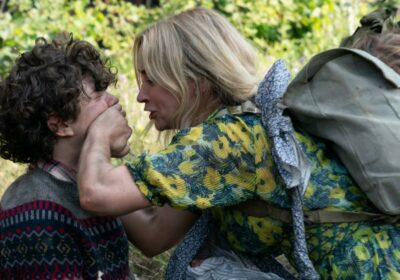 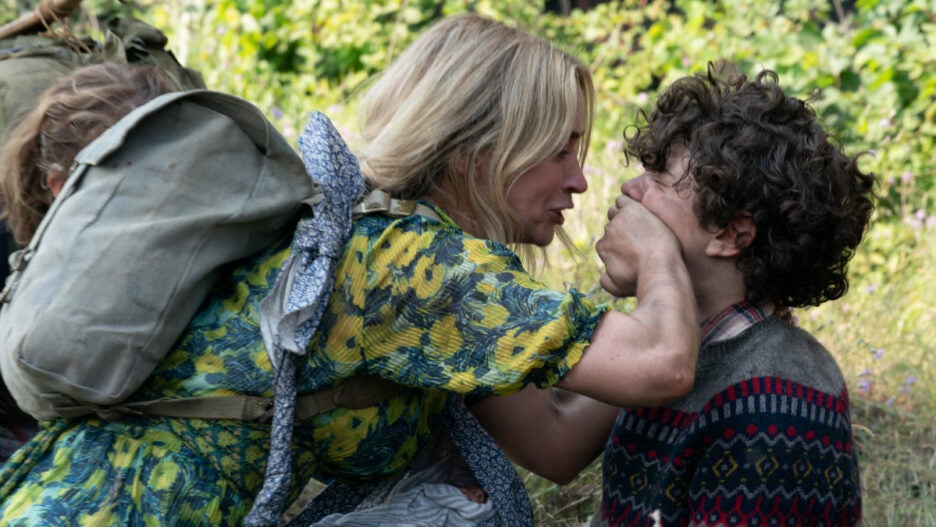 After the surprise success of 2018’s “A Quiet Place,” it was no doubt tempting to have the sequel go big, perhaps portraying the results of the alien invasion as it laid waste to major global capitols, or even to have the resilient family from the first film encounter a mammoth encampment of survivalists.

Instead, writer-director John Krasinski (bringing back the characters created by Bryan Woods and Scott Beck) widens the focus of “A Quiet Place Part II” by the tiniest degree, introducing some new people and places but mainly keeping us within the concerns of the family we got to know in the first movie.

Krasinski’s patriarch Lee Abbott died at that film’s climax, of course, saving his family from the alien invaders who track their human prey by sound, but we see him again in the prologue, showing “Day 1” of the invasion. It’s a regular morning in the Abbotts’ small town in upstate New York, and Lee and his wife Evelyn (Emily Blunt) and daughter Regan (Millicent Simmonds) are in the stands with family friend Emmett (Cillian Murphy) to watch Marcus (Noah Jupe) play Little League. And then there’s a fireball in the sky. And then the monsters come.

Jumping to “Day 474” (and picking up right where the first movie ends), the Abbotts hit the trail and seek out another nearby encampment; Regan sees a plume of smoke and knows that someone’s still alive there. That someone turns out to be Emmett, all alone after the death of his own family. On their way in, Marcus gets caught in a bear trap, and his leg will require medical attention. While Marcus stays in an abandoned steel mill with Evelyn’s newborn, Evelyn makes the trek into town for supplies while Regan seeks out a radio transmitter in the hopes of sending out a signal that will repel the aliens.

That’s pretty much it for plot, but it’s all “A Quiet Place Part II” needs to rev up the suspense. The first film was an extraordinary moviegoing experience — Krasinski somehow figured out how to force contemporary audiences to watch a film in total silence — but once it was over, it was hard not to start going over the lapses of logic in the screenplay. This time, the goals and stakes are more direct, and the overall lean storytelling works in the film’s favor, with each step from every character becoming an occasion for viewers to hold their breath in suspense.

It helps, of course, to have a quartet of actors skilled at conveying emotion and panic without speaking; Blunt and Murphy convey volumes with just their eyes, and they’re matched by Jupe and Simmonds, two of contemporary film’s most empathetic and insightful actors of any age. (And even in his brief appearance, Krasinski once again makes Lee the most capable of dads without tipping into the superheroic.)

Editor Michael P. Shawver (“Black Panther”) masterfully cuts back and forth between the three storylines, not only keeping viewers abreast of who is where, but also keeping Evelyn, Regan, and Marcus linked spiritually even when they’re separated physically. (The editing also indulges in the occasional jump scare, but they’re good ones, as jump scares go.) 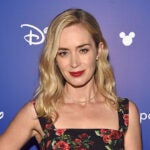 Krasinski assembles a recognizable geography that makes the introduction of an off-shore colony, as well as a band of survivors who look like they just ambled out of “The Hills Have Eyes,” seem within reach of the Abbotts as they fight both to stay alive and to repel the alien menace. With “A Quiet Place Part II,” the actor-turned-filmmaker has grown in confidence and skill, creating a sequel that’s at least as riveting if not more so than its predecessor.

“A Quiet Place Part II” opens in US theaters May 28.