'90 Day Fiancé': Corey Cheated on Evelin While They Were on a 'Break' 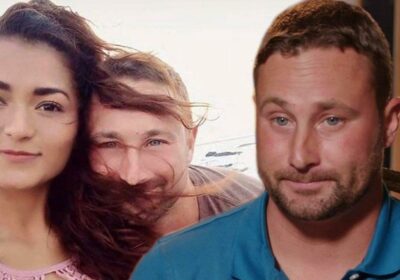 Corey and Evelin are still having major issues in their relationship in this exclusive clip from the season 3 premiere of 90 Day Fiancé: The Other Way, airing Sunday on TLC.

90 Day Fiancé fans are at this point very familiar with Corey and Evelin’s rocky relationship, which started when the two met while Corey was on vacation in Ecuador. Since then, the two have broken up multiple times, and fans have accused Evelin of using Corey for money. Corey eventually moved to Ecuador to be with Evelin, but in this clip, it’s clear the two are not on the same page. Evelin says she told Corey that she didn’t want to marry him because they both weren’t ready, and Corey says that he took that to mean that Evelin broke up with him, but Evelin insists it was just “a break.”

“I was devastated,” Corey says about the difficult time. “I was heartbroken and I just wasn’t right in my head. I decided to go to Peru. It’s cheap, there’s good surf and it’s close. After a month in Peru, I figured it was time to head back to Ecuador, gather all my things and move on. But, at that moment, is when quarantine happened. Then, Evelin found out through her friend that I was seeing another girl while I was in Peru.”

Footage shows Corey and Evelin continuing to butt heads during quarantine. Evelin tells cameras she was mad when she found out about Corey and the other woman — whose name is Jenny — but that Corey claimed to her that he only hung out with her for four days. But she says that after pressuring him, he admitted that there was “more to the story.”

90 Day Fiancé: The Other Way season 3 premieres Sunday at 8 p.m. ET/PT on TLC and will stream early on Discovery+.