'90 Day Fiancé': Alina Reveals Why She Fell for Steven (Exclusive) 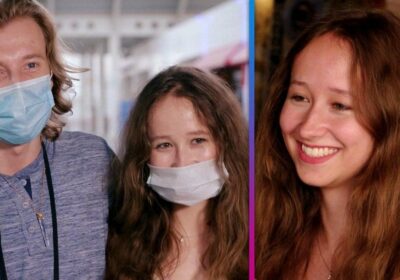 90 Day Fiancé: The Other Way season 3 star Alina is ready to leave her life in Russia behind to be with her American boyfriend, Steven. In this exclusive clip from Sunday’s all-new episode, viewers are introduced to 20-year-old Alina, and she shares their unconventional love story.

Alina, whose interests include makeup and body art, is currently a student and studying Chinese language and Asian politics. Her goal was to finish school and build her career until she met Steven on a language-learning app.

“I was like, ‘Oh, he’s very handsome,'” she says. “He was very kind and joked around a lot. I immediately felt strong connection. I love Steven and can’t wait to reunite with him.”

On the season premiere of 90 Day Fiancé: The Other Way, viewers met Steven, who hails from Salt Lake City, Utah, and is a devout Mormon. He noted that Alina was initially hesitant to meet him in person since Russian people sometimes view Mormonism as a cult, and that she was scared he was going to steal her organs. However, the two hit it off, and now they’re planning to move to Turkey since he can’t move to Russia like they originally planned due to the pandemic. They’ve only spent two weeks together in person.

Not surprisingly, in this clip, Alina’s mom, Anna, is concerned for her, since she had to take a year off school and is leaving her life in Russia behind to be with Steven. Alina currently lives with her mom as well as her grandmother, Ludmila.

“We initially planned that Steven would come to Russia,” Anna says when Alina asks her how she’s feeling about her moving to Turkey in three days. “But if he was here, we could get to know him. He’s still a stranger to me.”