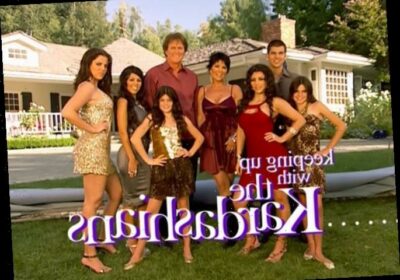 1. Kim Was the Only Super-Famous One Kris Jenner who? All of the promotional material featured Kim — and her assets — front and center. While it seems like Khloé now holds the whole fam together with her realness and wit, there was a time when even she was a wild child. She got a DUI during the filming of the first season, and one year later, expressed her deep regret on Tyra, saying, “[W]hat I could have done is just unthinkable. I will never, ever do that again.”

3. Kim Went on Tyra to Discuss Her Sex Tape In an effort to teach her sisters “what not to do,” Kim also appeared on Tyra … to discuss her infamous sex tape with Ray J.

4. Kendall and Kylie Were Actual Children It’s hard to imagine a simpler time when Kendall and Kylie were legit little ones. [Sigh] They grow up so fast …

5. Brody Jenner Was Not the Best Babysitter While babysitting his half-sisters Kendall and Kylie — who were 11 and 9, respectively — he let the pre-pre-teens dance around a stripper pole (that Kim had purchased) mimicking Girls Gone Wild videos while his pal filmed them.

6. Rob Was a Playboy We don’t see that much of Rob anymore, but in the first season he was a veritable player. In one episode, he was about to head out to a date with a Playboy Playmate, but first he let Kourtney wax his chest. The momager extraordinaire encouraged her daughter to just “go for it” in case the opportunity got away from her. Mother knows best?