3 Technologies That 'The Jetsons' Accurately Predicted 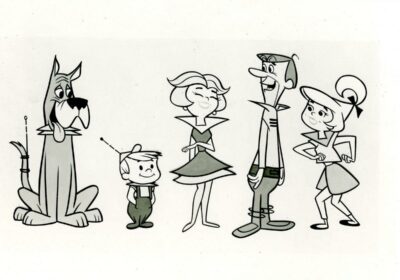 The Jetsons was a futuristic cartoon that aired its first episode in 1962. While the original series only contained 24 episodes, it was rebooted in the 1980s, offering fans a new glimpse into its rather optimistic future. The cartoon may have drawn some inspiration from the era it was filmed in. Still, the creators also made some bold technological predictions. Several of them came to pass. Did you realize that the animated series managed to predict these three technological trends?

The Jetsons predicted the invention of smartwatches and tablets

In 2021, it’s pretty commonplace to see someone wearing a smartwatch or reading the news on a tablet. The very first tablet was produced in 2001. In 2011, the iPad brought tablet computing to mainstream shoppers. Since then, they have become ubiquitous. A few years before the first tablet was introduced, Seiko launched the first smartwatch. According to Engadget, the first smartwatch was produced in 1998. It had very little in common with today’s smartwatches, though.

The Jetsons accurately predicted both technologies decades before they would become commonplace. George Jetson regularly read the news on a digital device that looked suspiciously like the iPad. George and his family also managed to stay connected via wearable technology. Even George and Jane’s son, Elroy, rocked a smartwatch.

Despite airing in the 1960s and again in the 1980s, the creators of The Jetsons accurately foretold 3D printing. More importantly, they predicted that 3D printed food would eventually become a thing. In some of the show’s earliest episodes, the Jetson family was fed via a food-making machine. Jane would hit a button, and a machine would print the family’s food choice for the evening, including pizza.

While 3D printed food isn’t exactly mainstream, it’s something that printers can do. According to ZDNet, several companies have developed 3D print food items, and it all started with Pizzas for NASA astronauts. BeeHex created Chef 3D in 2017. Reportedly their machine can produce a printed, edible pizza in under five minutes.

The animated series also predicted the development of tanning beds

George’s boss, Cosmo Spacely, wasn’t exactly a nice guy. To be fair, running Spacely Space Sprockets had to be a stressful endeavor. To unwind and catch some sun, Mr. Spacely often turned to a device that mimicked the sun to make tanning more efficient.

The concept might sound familiar because it is. Years after Mr. Spacely donned sunglasses and laid under a lamp, tanning beds would be developed. The first tanning bed was created in the 1970s, several years after The Jetsons aired its first episode. The concept may have been in development when The Jetsons showed Mr. Spacely using one, but it was hardly popular. Tanning beds would reach the height of their popularity in the late 1990s and early 2000s. Since then, the popularity of indoor tanning has steadily declined.