Home » Sport » Yankees may have to get creative under luxury tax crunch: Sherman

Yankees may have to get creative under luxury tax crunch: Sherman 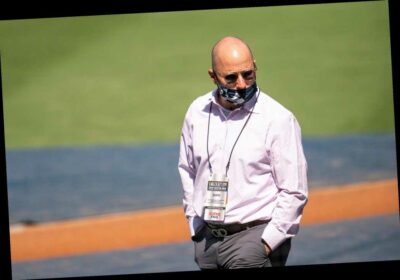 It took one busy day to bring back Yankees normalcy: Sherman

Mets can flex muscles in different way if they want Corey Kluber: Sherman

Now, back to the previous music: “The Sounds of Silence.”

Because if the Yankees’ plan is to stay under the $210 million luxury tax — at least to begin the season — they have more than a nickel remaining with which to invest. Not much more.

Understand how the payroll works for luxury-tax purposes. The average value of a contract is what matters. It is why the Yankees convinced LeMahieu to spread his $90 million contract over six years, because it will cost just $15 million toward the payroll. LeMahieu cost not that much less toward the payroll in his last pact at $12 million, despite the contract being just $24 million, but paid over two years.

Neither LeMahieu’s nor Kluber’s contract has been made public, so they could have deferrals or other bells and whistles that bring down the current average value. But for these purposes, let’s assume they don’t. In which case the Yankees currently have 18 players signed for $180.805 million, going from Gerrit Cole at $36 million to Luis Cessa at $1.05 million.

If the final six players on the 26-man roster all made the minimum of $575,500, that would be $4.564 million — and it certainly will be higher than that, let’s assume about $5.5 million. There also is the $15.5 million-ish each team is charged in the tax system for benefits such as insurance and pension. Plus, there is $2.5 million approximated for minor league call-ups during the regular season.

All told, this will bring the Yankees to about $203 million. That leaves $7 million. Except you have to budget some money, perhaps $5 million, for in-season acquisitions. Even if it is $3 million, that would leave $4 million to spend now. Maybe.

The easiest solution is that, if need be, the Yankees will just go over the threshold. Normally, if teams are close, they will do everything to stay under, because if you pay no tax that year it resets the tax to the lowest levels for the next time you go over. Except the status of the tax moving forward is …

The collective bargaining agreement expires after this year. The Players Association almost certainly will not sign a new deal unless the tax system is eliminated or the thresholds boosted substantially. The union has not liked how what was supposed to be a deterrent to spending has turned into a de facto salary cap.

Thus, this might be the best year to go over the cap. The Yankees, as a three-time offender, would have to pay 50 cents on every dollar between $210 million-$230 million, plus lose their second and fifth picks in the 2022 draft if they signed a free agent tied to the qualifying offer next offseason. But, again, who knows if there will be qualifying offers or draft compensation next year.

Still, Hal Steinbrenner has claimed the largest financial losses in the game in 2020 as a result of the pandemic and an expectation of more of the same this year. Without a gander into the Yankees’ books, we do not have a full appreciation for the team’s monetary situation. But let’s assume whatever the reality, Steinbrenner wants to at least stay under $210 million to begin the 2021 season.

In that situation, the Yanks have perhaps a marginal move or two. Do they want to bring Brett Gardner back yet again? To do so, he might have to take a deal for $2 million or less. The Yanks certainly would like to add more pitching depth. Could they sweeten the pot in a trade with prospects, but the acquiring team has to take Adam Ottavino’s $8 million 2021 salary (he is a $9 million tax hit) to do so? That would bring a return and more finances to operate.

The expectation is the closer it gets to spring training, the more desperate free agents get, and prices drop. So perhaps patience will matter to perhaps land a useful piece at a discount or even on a minor league contract. But 30 teams are thinking that. Not just one.

You have to imagine in the dormant period in which they were waiting out LeMahieu, Yankees officials were considering all kinds of trade variables to unleash once allowed. For example, in this totally made up trade, if the Yanks built a deal around Clint Frazier ($2.1 million in 2021) for Pittsburgh’s Joe Musgrove ($4.45 million), they would land a starter and add just $2.35 million to the payroll. If they used Frazier as a key piece for Miami’s Pablo Lopez, who is not even arbitration eligible yet, they would save about $1.5 million and add a starter with Miguel Andujar, and Mike Tauchman and perhaps Gardner sharing left field in Frazier’s place.

If the Yankees really are going to stay under $210 million, then their choices after adding LeMahieu and Kluber to the payroll is abstinence when it comes to further adds or creativity.