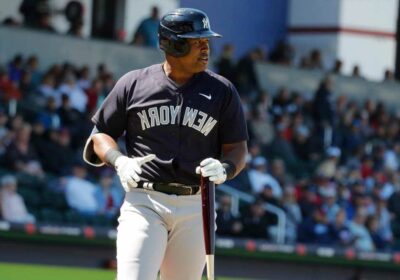 Yankees are where they ‘never want to be’

The slumping Yankees are calling up Triple-A first baseman Chris Gittens for Saturday’s game against the Red Sox, a source confirmed to The Post’s Ken Davidoff.

Gittens, who recently was passed up for a promotion, belted 23 home runs in 115 games at Double-A Trenton in 2019.

The move was first reported by The Athletic.

With Luke Voit on the injured list with a strained left oblique, DJ LeMahieu has been used as the primary first baseman.

But the defending AL batting champion could switch back to second base to replace the slumping Rougned Odor, who is batting .182 with 31 strikeouts and a .614 OPS over 123 plate appearances.

The Yankees had demoted Mike Ford earlier this week, but they called up reliever Brooks Riske to replace him.