WWE have confirmed superstar Ivar was taken to hospital after suffering an injury on Monday Night Raw.

The 36-year-old, real name Todd Smith, performs as one half of the popular tag-team duo The Viking Raiders. 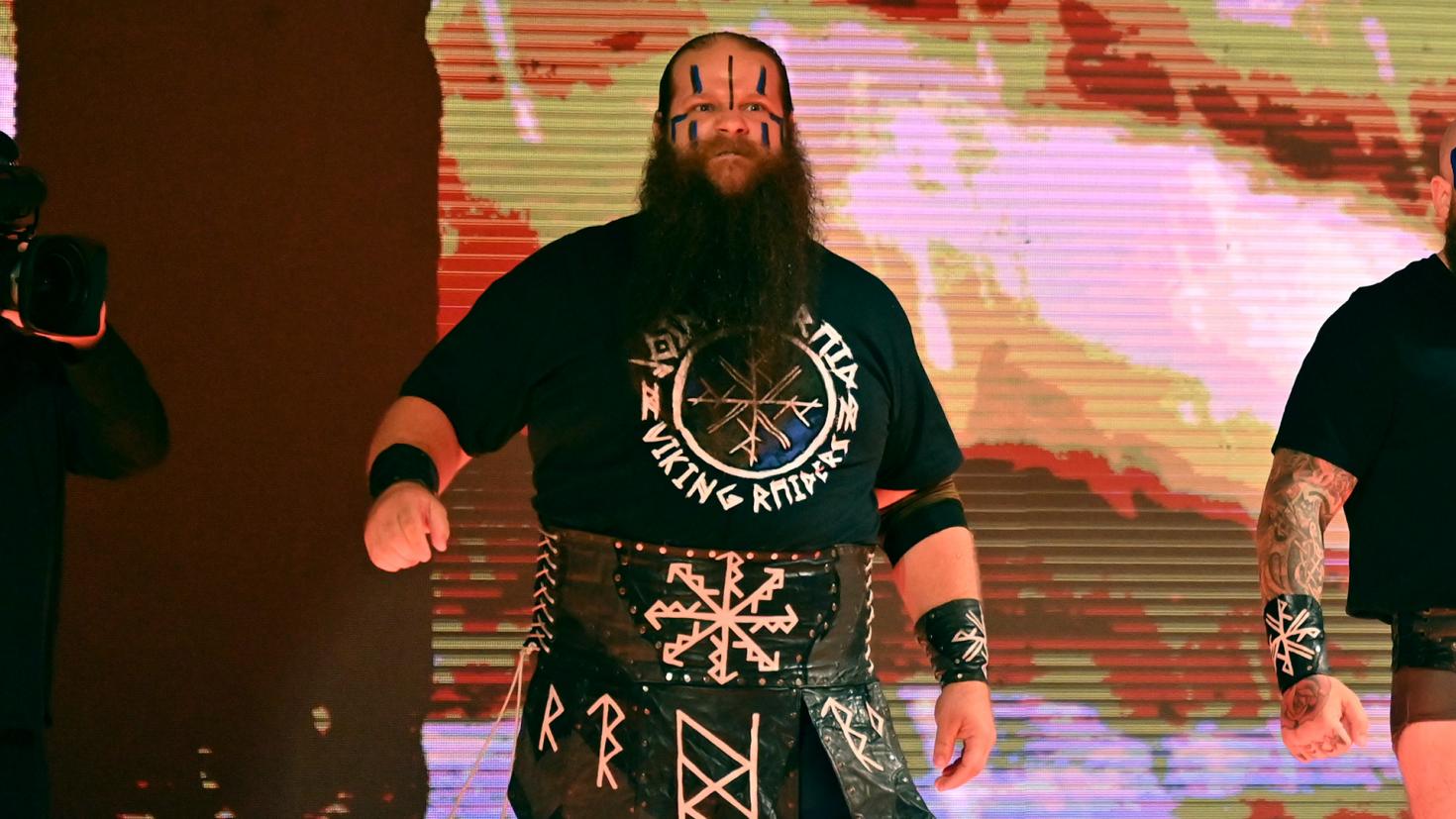 But last night he had viewers worried for his health after an awkward landing live on TV.

The 6ft 2in powerhouse, billed as weighing just under 22st, was taking part in a eight-man tag match when the incident occured.

Ivar hit a suicide dive on three members of The Hurt Business in a bout that finished with MVP, Cedric Alexander, Shelton Benjamin and WWE’s US champion Bobby Lashley defeating the Viking Raiders, Apollo Crews and Ricochet.

His landing looked painful and awkward and he instantly threw up the infamous “X” symbol to call for medical help.

WWE have now revealed the extent of the damage after revealing he was rushed to a local hospital.

It read: “During the Eight-Man Tag Team Match on Monday Night Raw, Ivar suffered a cervical injury on a Viking Dive to the floor.

“As a precaution, Ivar was transported to a local hospital and is expected to make a full recovery.”

One said: “The guy actually got hurt, Looking at the spot now, his leg bends in not the right way. He legit got hurt. People should care more about wrestlers health's then how a ending was botched. Come on.”

Another wrote: “I hope @Ivar_WWE’s injury wasn’t too severe-camera angle was weird but it looked like a leg or ankle injury.”

A fellow concerned fan tweeted: “It looks like ivar landed awkwardly on left leg and may have broke ankle or tibia or fibia.  He threw x immediately. Which u know when u do damage.”