Here are five things we learnt from SmackDown last night: 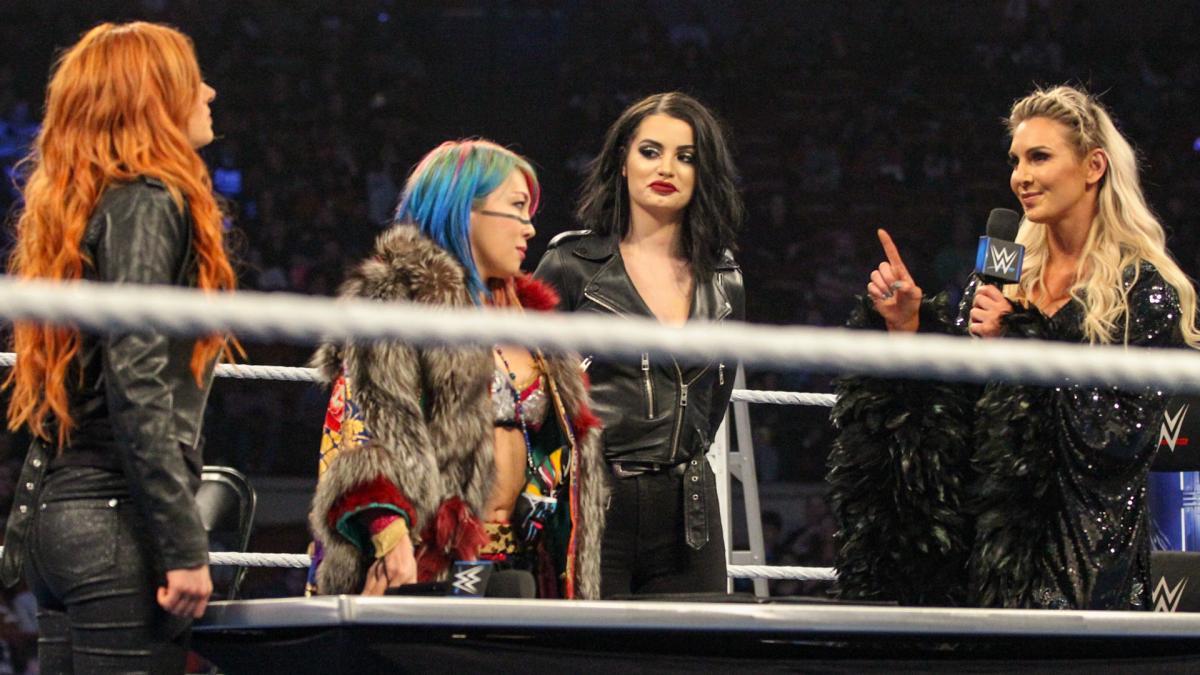 Charlotte and Asuka have imploded

The show opened with a contract signing between women’s champ Becky Lynch, Charlotte Flair and Asuka, who are set to meet in a TLC match next week.

They could have gone on bickering like this all night, but “The Man” walked off and left Charlotte and Asuka to argue between themselves.

Before it got physical, Mandy Rose and Sonya Deville came out to challenge them to a tag match.

It was going well until a miscommunication saw Charlotte boot Asuka in the face, which prompted Asuka to fire back at Charlotte with a running kick – allowing Sonya Deville to roll-up “The Queen” for a surprise victory.

Becky watched on from ringside with an amused look on her face. But what will happen when all three women are in the ring together at TLC? 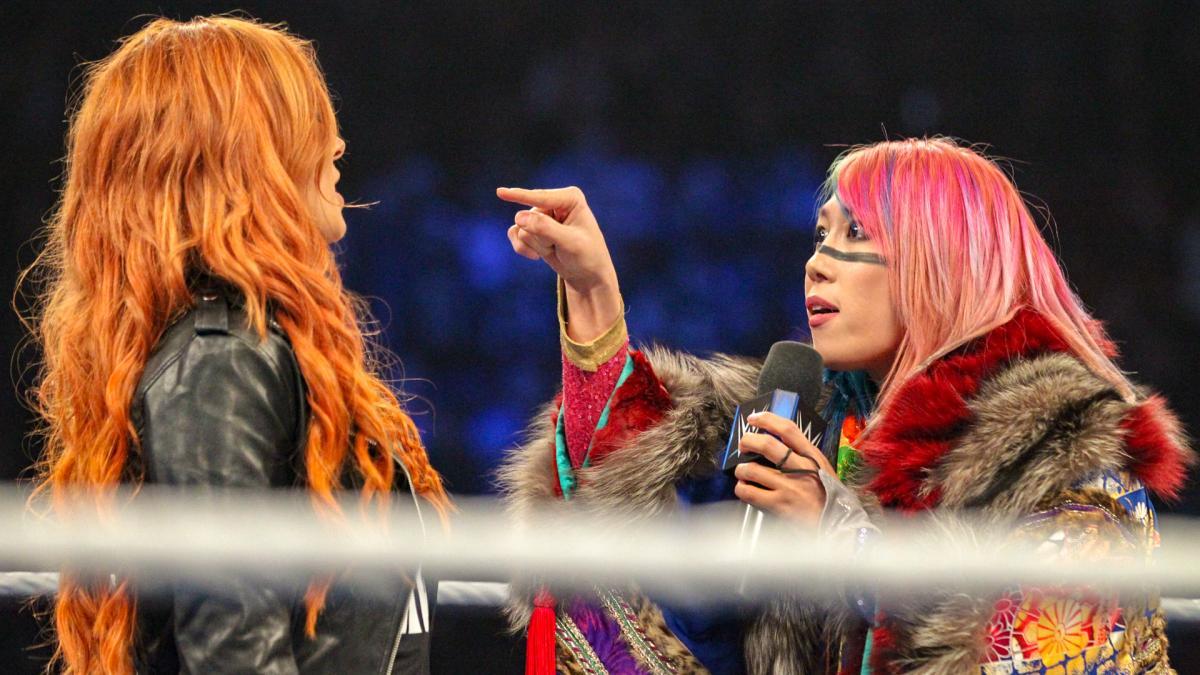 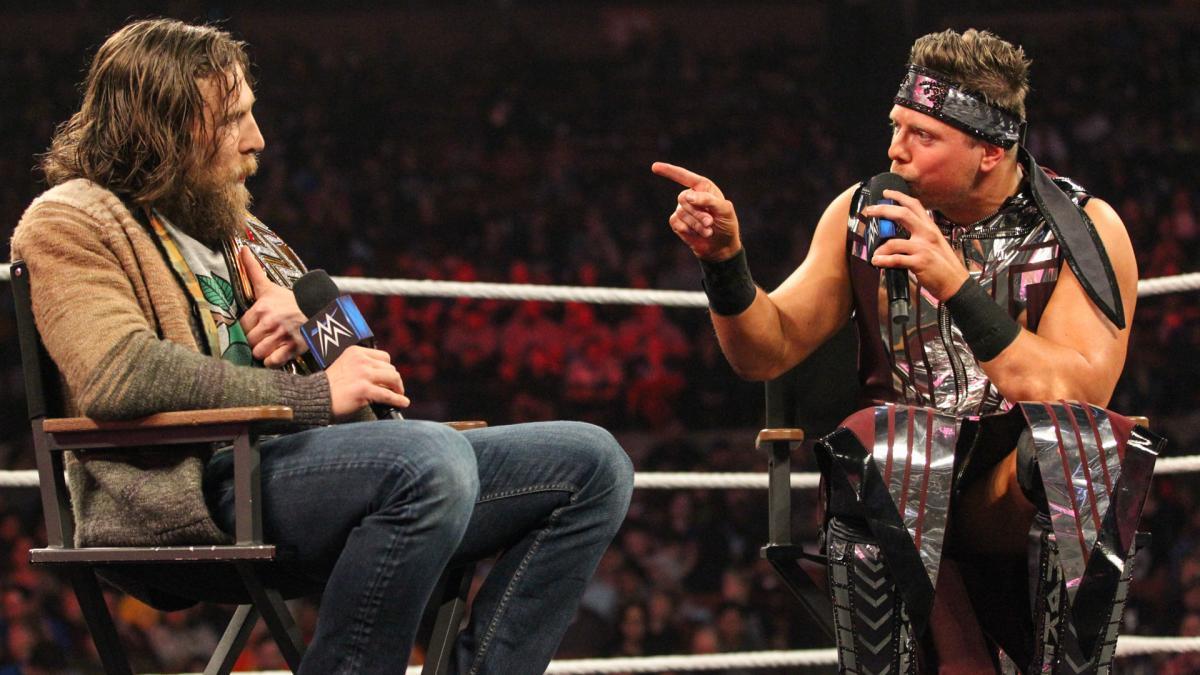 Daniel Bryan and The Miz are… friends?

In years to come, we’ll back at Bryan v Miz as one of those impeccably-matched, era-defining rivalries – like a Bret v Shawn or The Rock v Triple H.

But it took an unexpected turn last night when WWE champ Bryan appeared on Miz TV. Bryan’s transition from top babyface to unhinged heel has been masterful and he cut a brilliant promo, criticising fans for destroying the environment – using plastic water bottles, eating processed meat, and causing climate change.

(With his social conscience, lank hair, and brown cardigan, Bryan is something we’ve genuinely never seen before in WWE – a self-righteous heel hippie.)

AJ Styles interrupted and tried to attack Bryan, but Miz – who Styles had laid out trying to get to Bryan – hit Styles with a Skull-Crushing Finale.

Later, Styles beat Miz in singles action, but Bryan jumped in to attack AJ afterwards with an assault to the legs, a heel hook, and boots to the face.

Bryan defends the WWE Championship against Styles at TLC. But can we expect to see more unlikely team-ups from Bryan and The Miz?

Rusev is hungry for Nakamura

After last week’s sneak attack by Shinsuke Nakamura, Rusev cut a promo saying he’s hungry –not for food, but for a shot at Nak’s US title.

Rusev said: “The title represents honour, courage, and tradition. And clearly Nakamura has none of these things if he’s trying to avoid a match at all costs.

“But once I get my hands on him, I’m going to feast on Nakamura on the greatest holiday of them all… Rusev Day.”

A Rusev win over Nakamura would certainly be tasty – Nak’s been a total dud as US Champion. 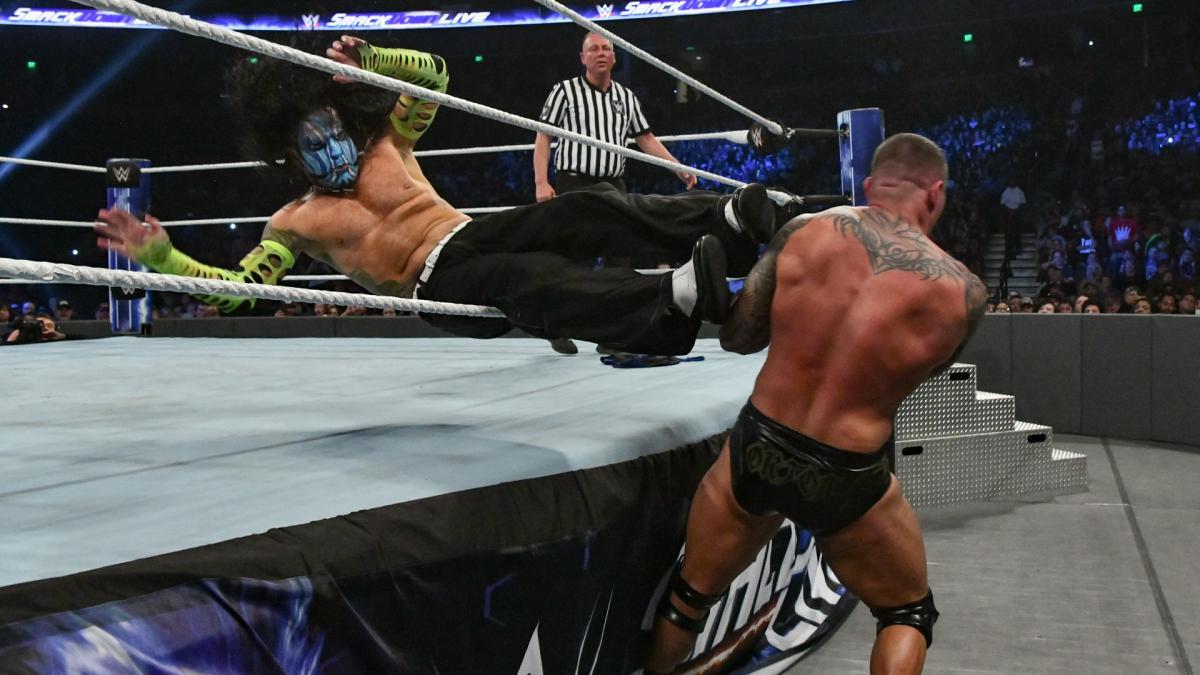 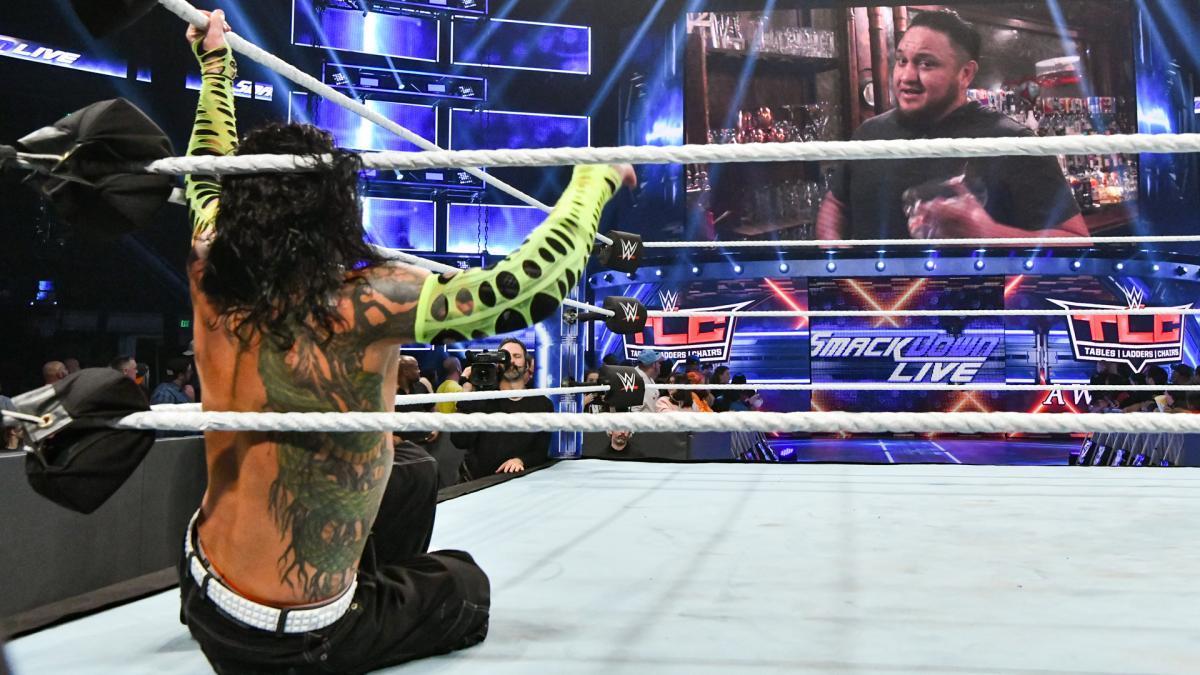 Samoa Joe is a responsible drinker

Of course, Joe did it to get under the skin of recovering addict Jeff Hardy.

Joe appeared on the big screen during a Hardy v Randy Orton match, pulling pints behind a bar.

Joe said: “Like most things in life, moderation is key. You can choose to have a couple of these and go out with you friends and enjoy yourself.

“Or you can choose to have 14 of these and wake up in jail. That is if you’re fortunate enough to wake up at all.”

The distraction allowed Orton to nail Hardy with an RKO for the win. 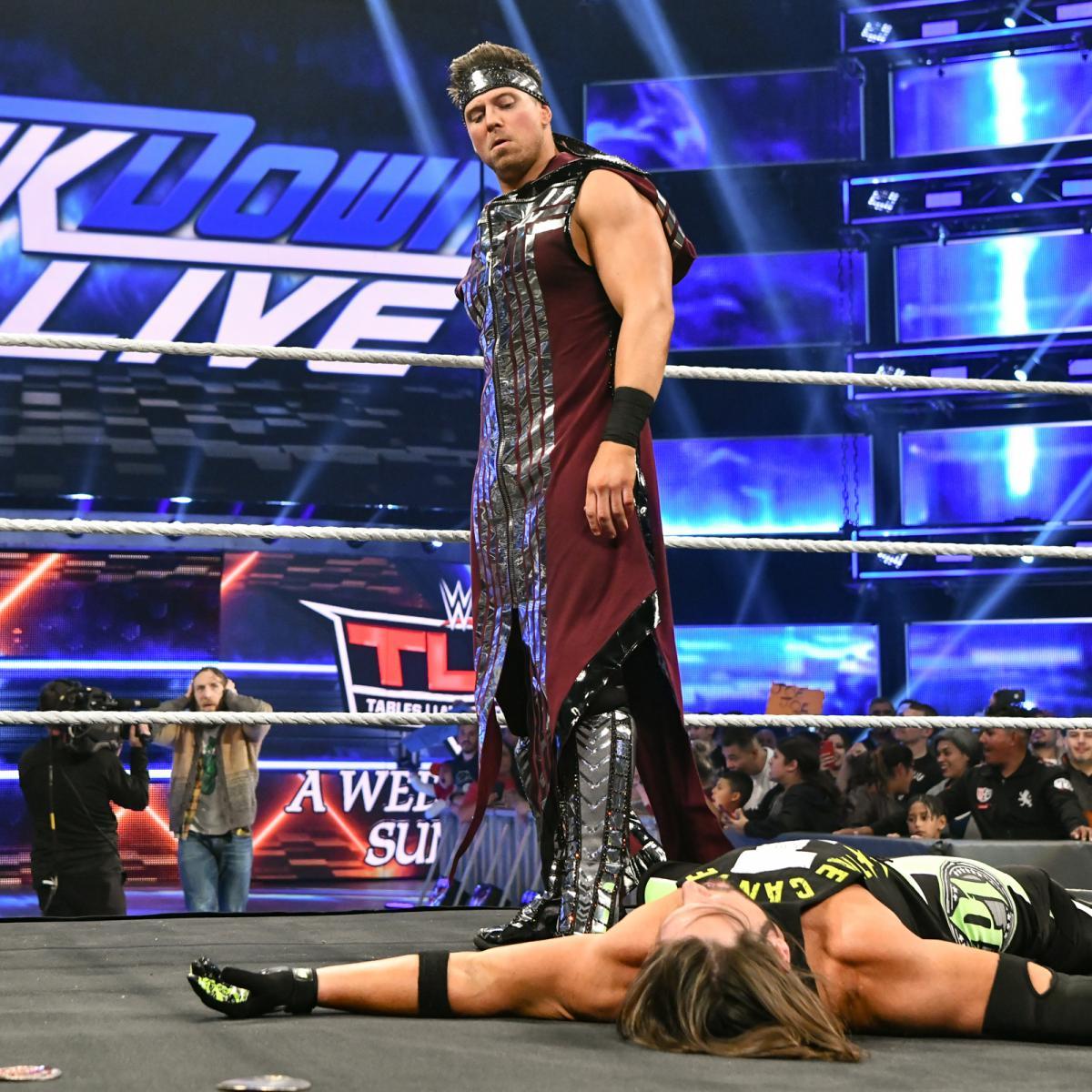 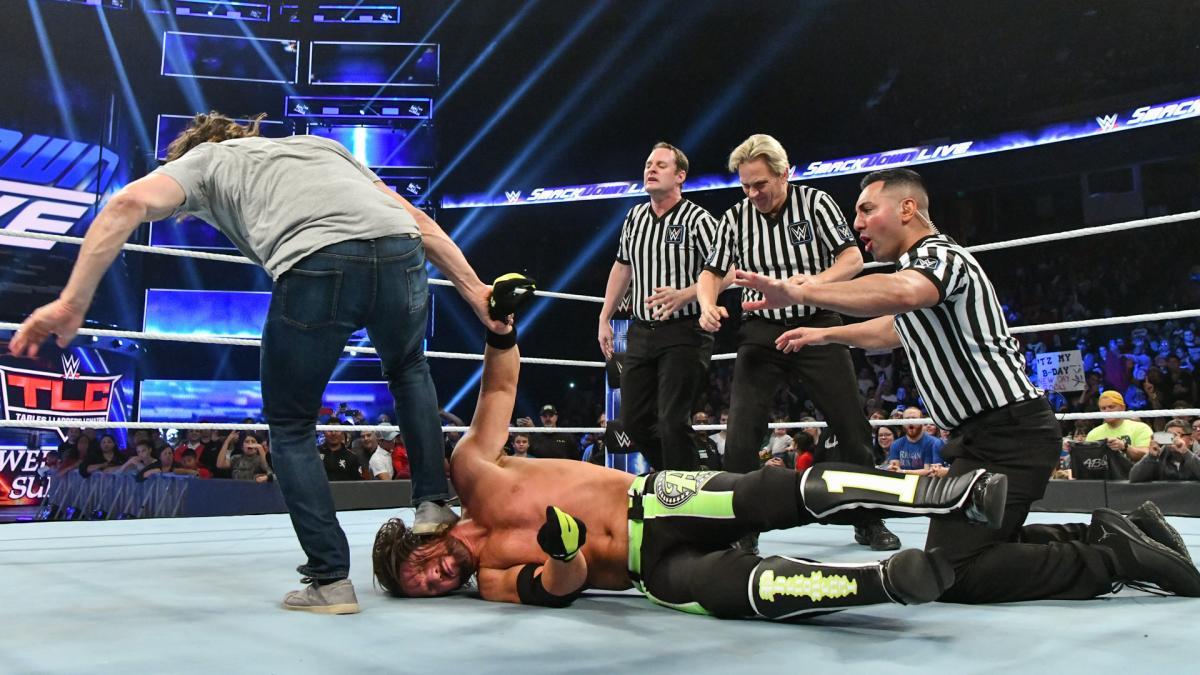 The Bar will face The Usos in a, erm, rap battle

Next week The New Day will host a rap-off between tag tag champs Sheamus and Cesaro and top challengers The Usos.

It was announced after Jey Uso had beaten Cesaro and Xavier Woods in a triple threat match, pinning Cesaro with a super-kick.

The highlight of the match came when Cesaro performed his swing on Jey Uso, while also having Woods hoisted up on his shoulders in a fireman’s carry position – an incredible feat of strength.

Is a rap battle featuring the three teams just a bit of festive fun? Or proof that SmackDown needs to add some fresh teams into the title picture?