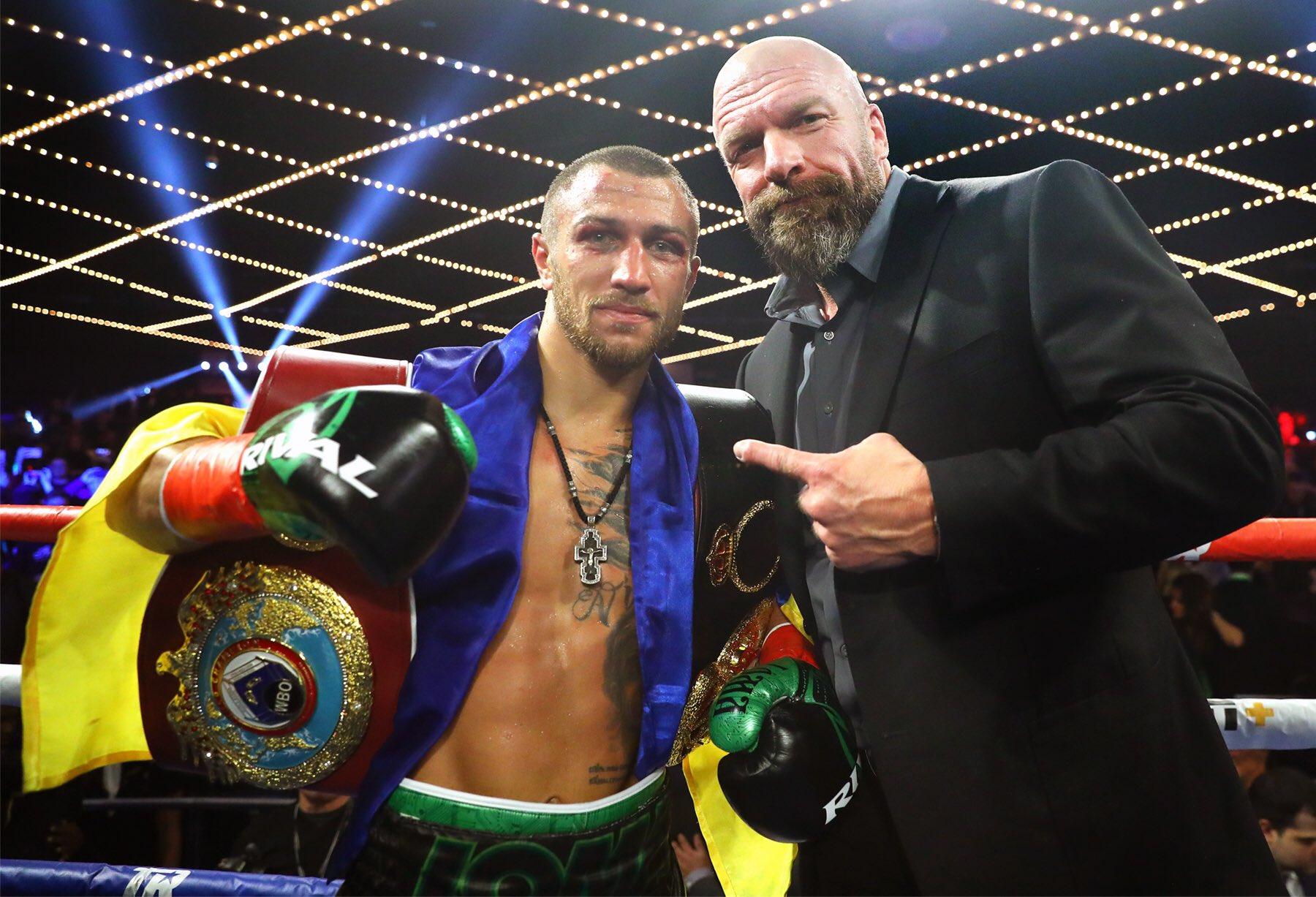 After Lomachenko’s lopsided win, Triple H was pictured next to Lomachenko, now a unified lightweight world champion, and the WWE legend tweeted his praise to 'High-Tech'.

Lomachenko’s win marked the first time he has unified a division, having reigned as WBO world champion at featherweight and super-featherweight before winning the WBA lightweight crown.

Triple H, now the head of WWE’s NXT developmental program, is no stranger to mixing it with professional boxers. 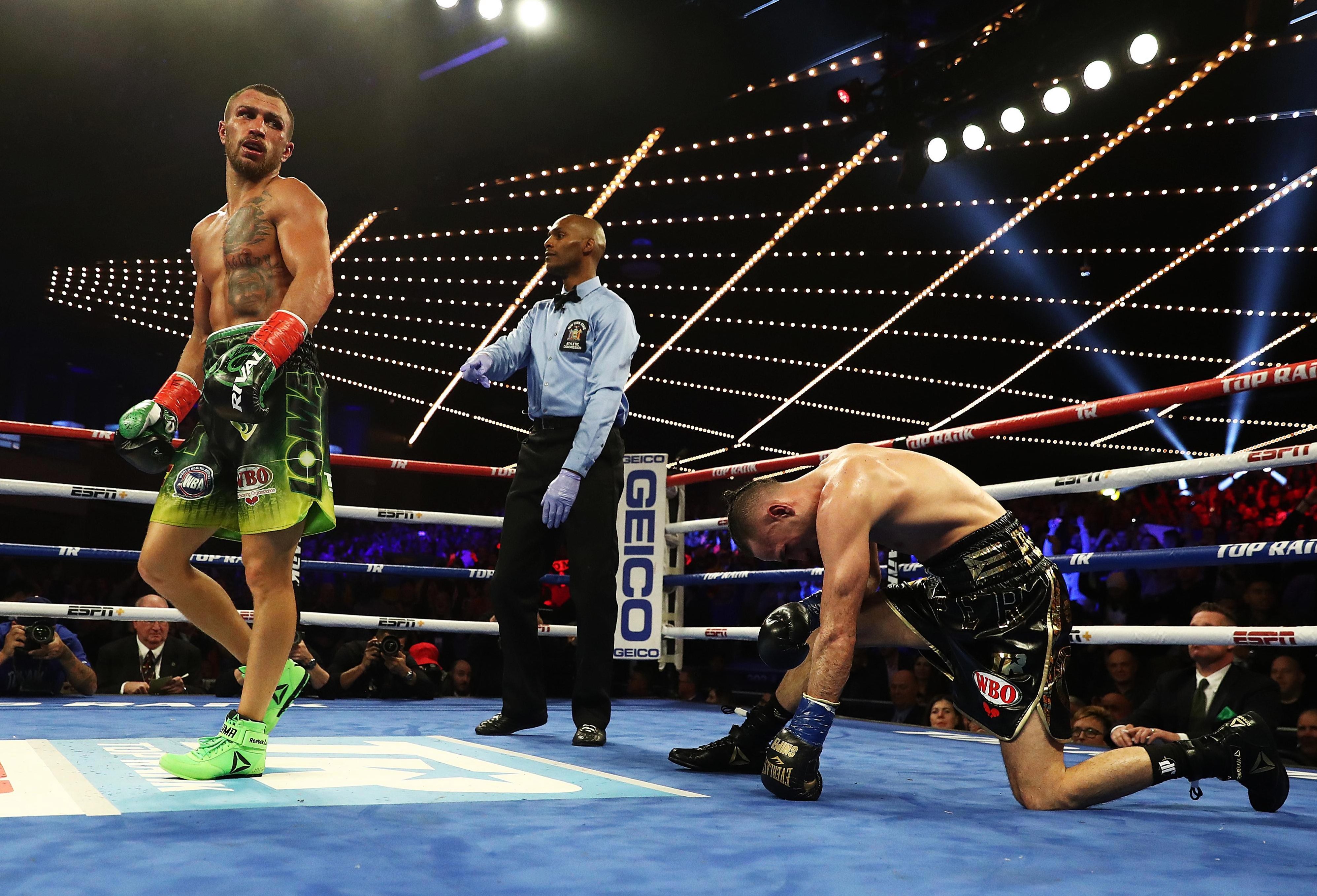 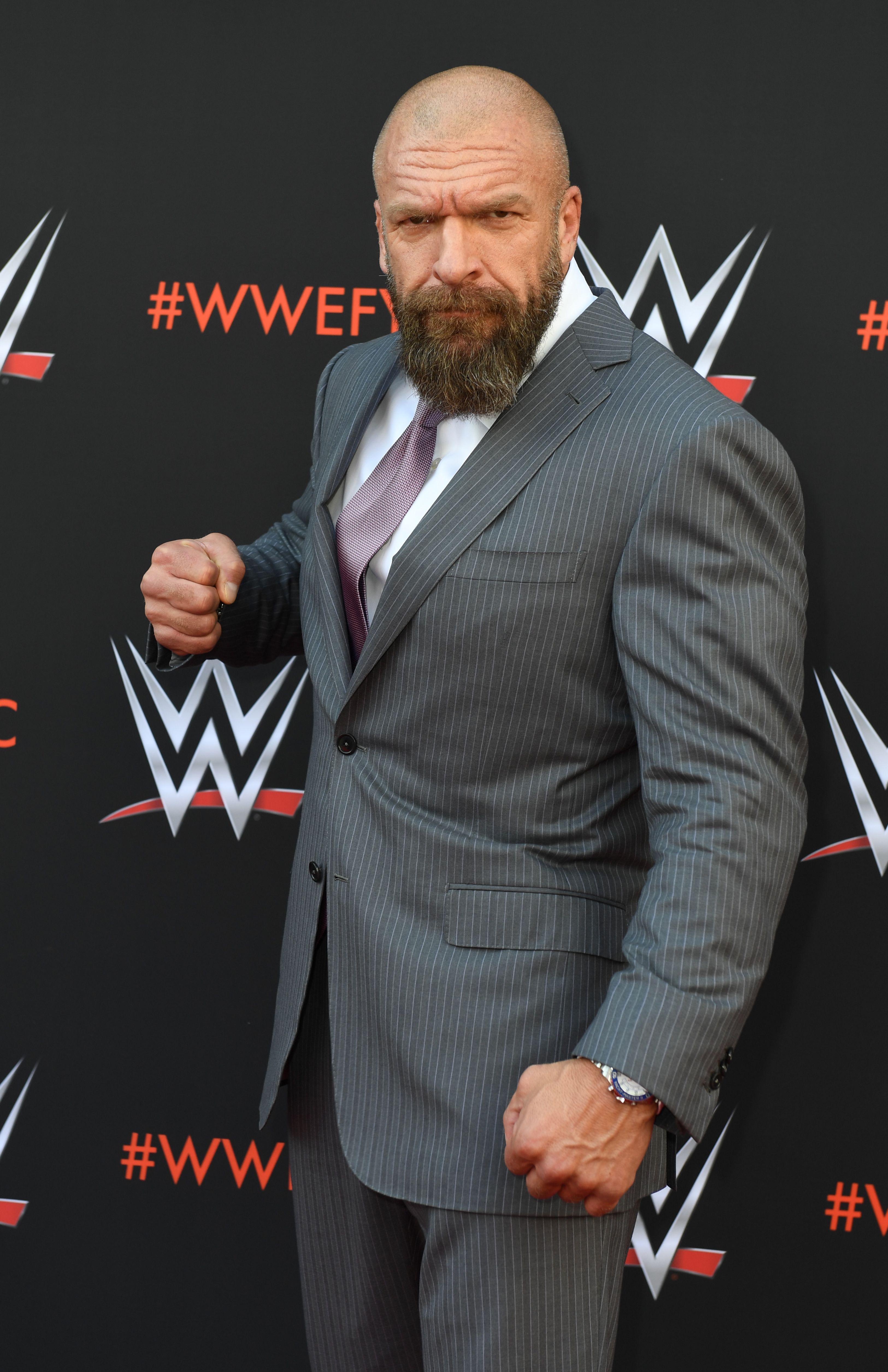 The 16 time WWE world champion twice walked to the ring with Floyd Mayweather.

Triple H first accompanied Mayweather to the ring against Juan Manuel Marquez in 2009.

A year after the boxer made a stint in the WWE were he feuded with the Big Show, with the boxer eventually winning the match at Wrestlemania 24.

Three years later and Triple H would once again walk Mayweather when the American beat Miguel Cotto for the WBA light-middleweight world title. 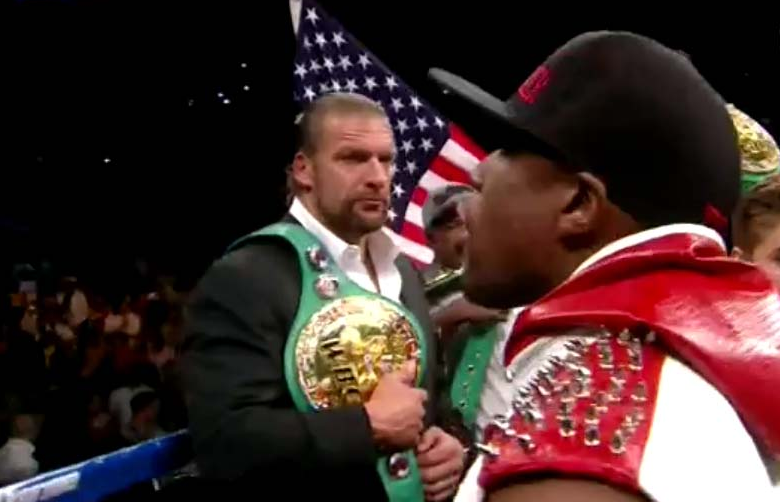 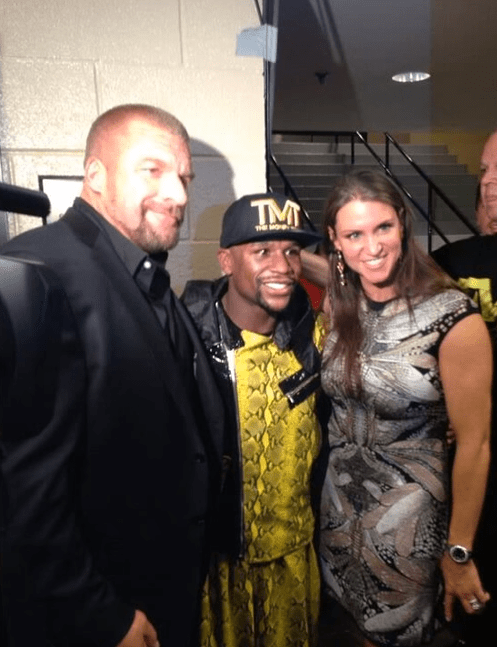 Per Bleacher Report, Triple H described how confident Mayweather was before that Cotto fight.

Triple H said: "There's always people coming out of Floyd's roo,. Lil Wayne is in there. The next thing you know, Adrien Broner is in there. [Oscar] De La Hoya drops by.

"He's not worried. He's not nervous. He's not wasting any energy. Now, the room picks up tempo as he's warming up, but it's a much calmer environment than you'd imagine."