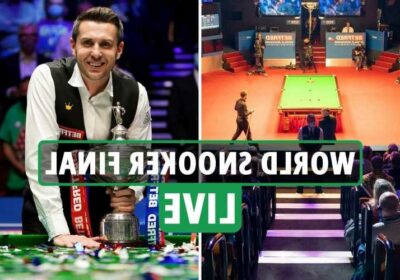 MARK SELBY is the World Snooker champion once again following a superb win over Shaun Murphy at the Crucible.

Leading 14-11 going into the evening session, the Jester from Leicester never took his foot off the gas to secure a brilliant 18-15 victory.

He takes home a whopping £500,000 in prize money for his troubles, while Murphy has landed himself £200k after a battling performance.

Stay up to date with all the reaction from the Crucible in our live blog, below…