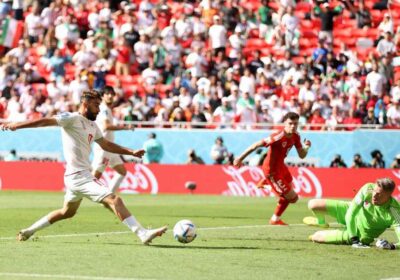 WALES are taking on Iran in Group B and Rob Page's side thought they were behind before the offside flag ruled out what Iran believed to be an opener.

Sardar Azmoun has since registered the first shot on target, picking the ball up on the edge of the box before firing into the hands of Wayne Hennessey.

And Kieffer Moore was unlucky not to open the scoring, seeing his shot denied from inside the Iran penalty area.

Iran had the ball in the back of the net through Ali Gholizadeh, but thankfully for Wales he was deemed to be offside.

BETTING SPECIAL – GET £40 IN FREE BETS ON THE WORLD CUP