JOSE MOURINHO'S winning message is coming through loud and clear.

Lucas Moura had revealed the Portuguese has been drumming it into his players that they have the capacity to be winners since arriving at Tottenham. 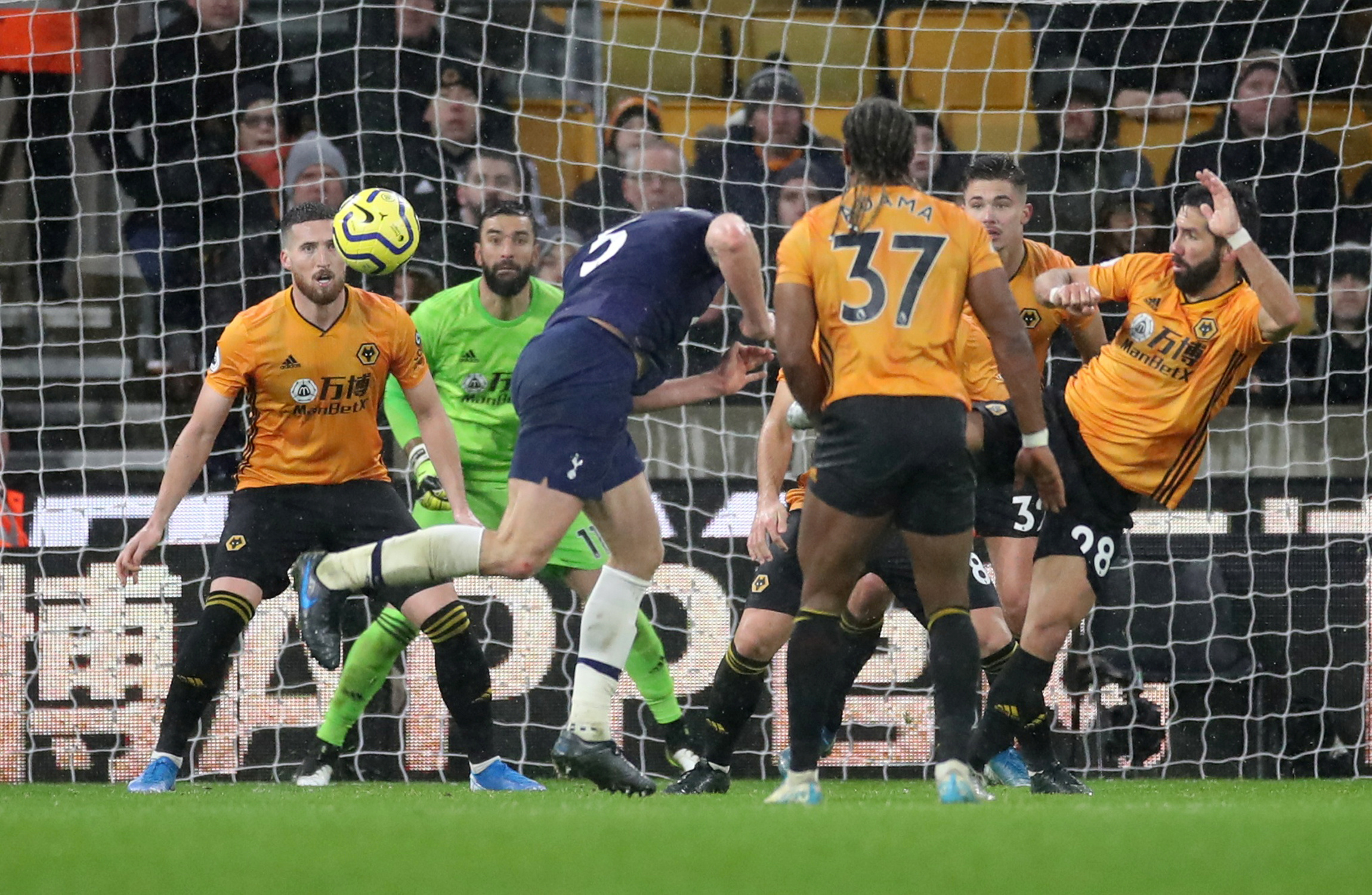 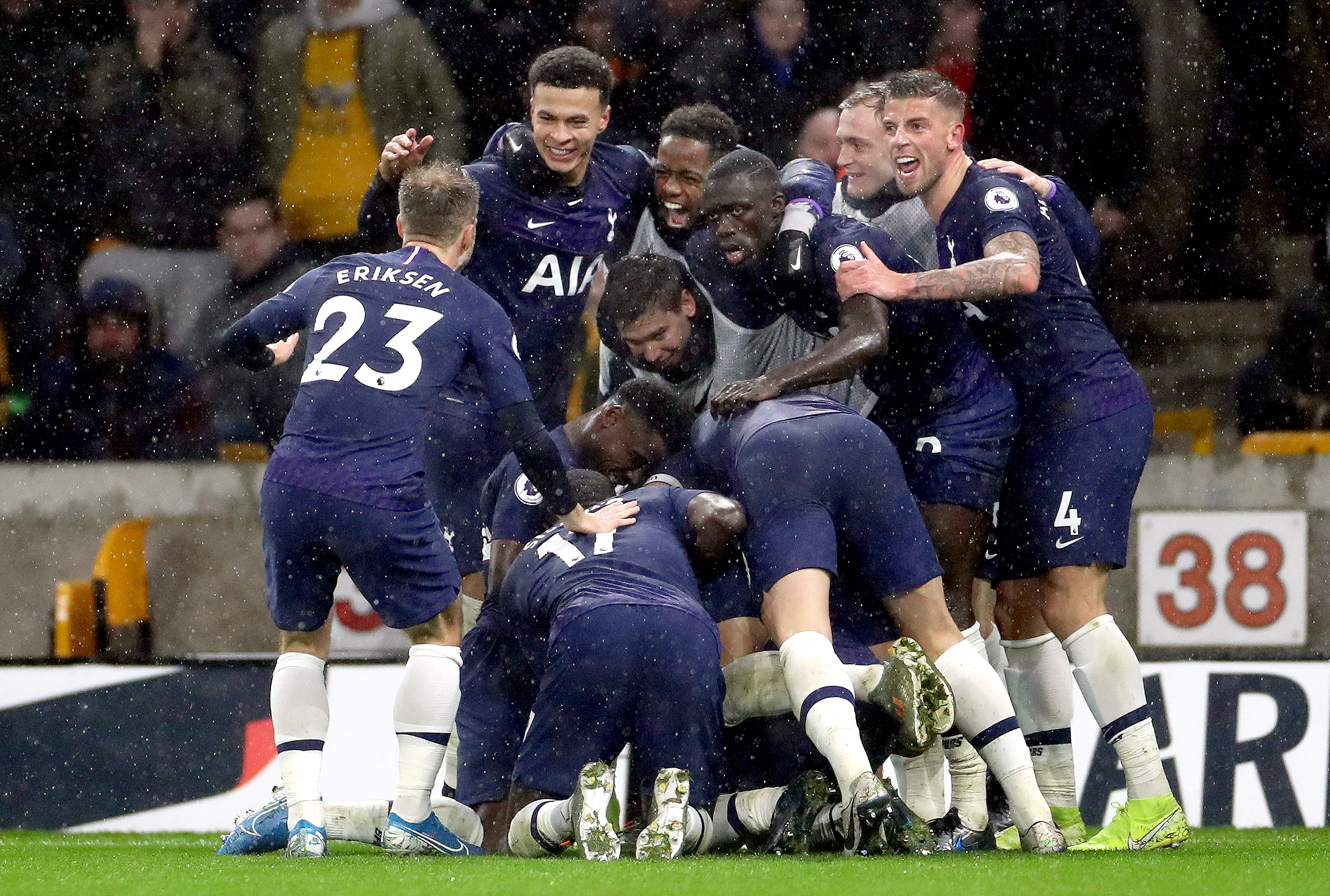 But when the Brazilian’s super opener was ruled out by a Adama Traore wonderstrike, you wondered if Spurs would fall into bad habits and fold under the pressure.

Yet their ability to withstand a Wolves onslaught before nicking it at the death through Jan Vertonghen’s header showed times are a-changing under Mourinho.

This certainly was the kind of game they would have lost in the miserable final year of Mauricio Pochettino.

But whatever you think about him, Mourinho has proved to be a champion again and again throughout his trophy-laden career.

He has hardened up a soft centre with the return of hardman Eric Dier and Vertonghen installed at left-back.

And it has been paying off big time with this Spurs’ fifth win in Mourinho’s seven games.

It also ended Wolves’ 11-game unbeaten streak in the league which is a serious achievement given the talented outfit Nuno Espirito Santo has put together.

This was effectively the Jorge Mendes derby with both managers on the books of Portuguese super agent. 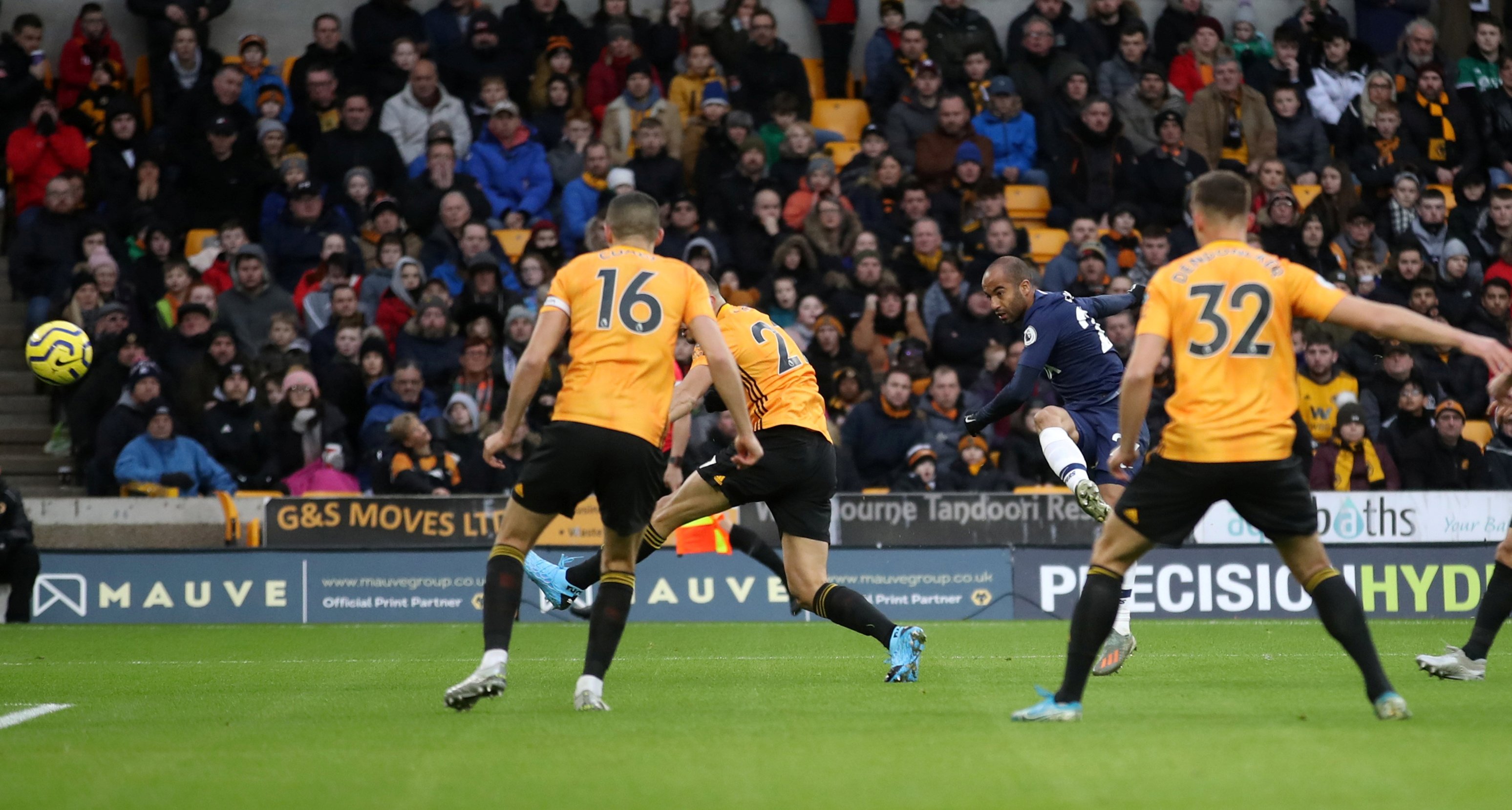 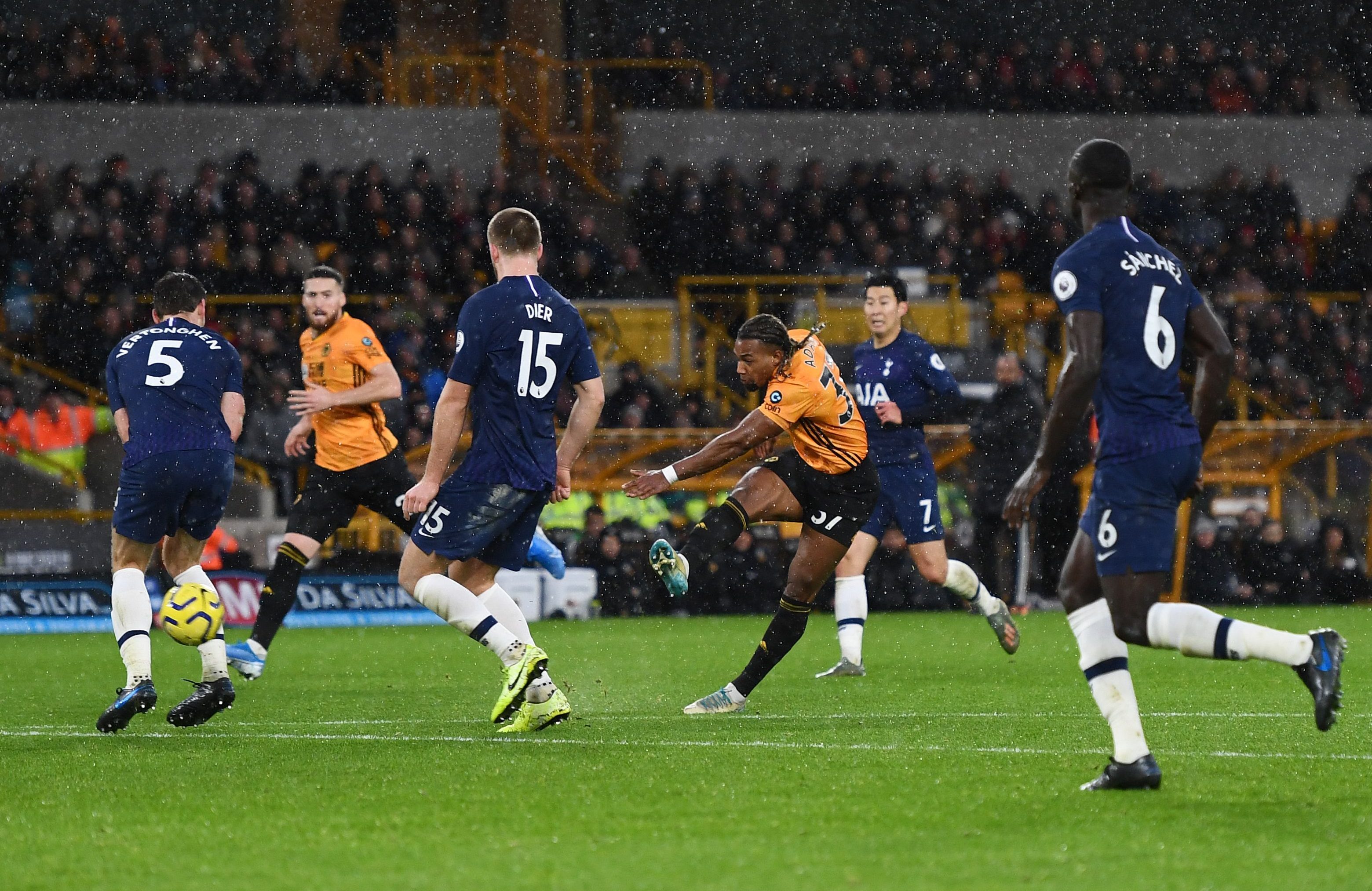 Nuno became Mendes’ first-ever client when the pair linked up in the mid 90s.

While the Wolves boss was Porto’s sub goalkeeper for their 2004 Champions League triumph, masterminded by Mourinho.

The South Bank sang ‘Nuno is the special one’ in support of their idol and in a cheeky dig at the arrogant nickname Mourinho once gave himself.

But it was the Spurs boss who was soon jumping for joy as Moura put the visitors ahead in style.

Wanderers thought they had cleared the danger when Rui Patricio parried Son Heung-Min’s shot and the ball was hacked to safety.

Yet it fell to the feet of Moura outside the area and the Samba star danced past two defenders in the box before lashing high into the net.

Patricio should have done better but it was still a goal of breathtaking quality and one that saw Moura net at Molineux for the second year running. 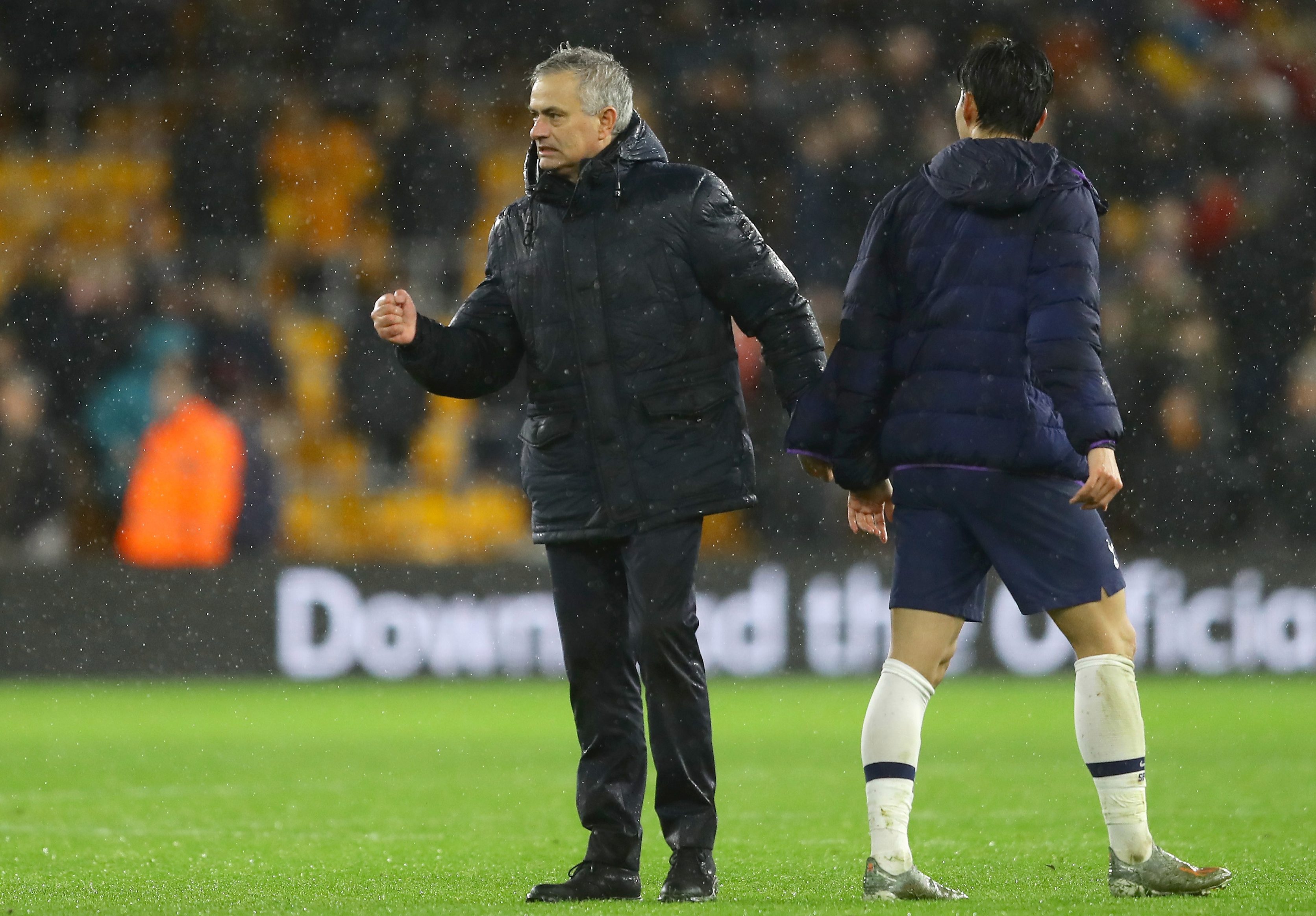 Mourinho's winning words looked to have his players feeling ten feet tall as 5ft8in Moura outjumped 6ft3in Romain Saiss as they vied for a header.

The opener sparked a terrific first half where the hosts – led by the rapid Diogo Jota and the playmaker Joao Moutinho – pinned back their opponents, who always looked dangerous on the break.

Jota looked full of confidence having his five goals in his last two games – including an 11-minute hat-trick in the 4-0 bashing of Besiktas on Thursday.

The Portuguese was a constant threat with his direct running and on 26 minutes teed up strike partner Raul Jimenez, whose sliced shot went inches wide.

Harry Kane then copped flak from the home crowd as he nutmegged Romain Saiss in the area and then went down as he tried to go round the Moroccan.

Ref Stuart Attwell waved play on and a swift VAR review upheld the decision – prompting Kane to be roundly booed.

Attwell then played an excellent advantage on a foul on Moura which saw Dier exchange passes with Dele Alli and strike a post. 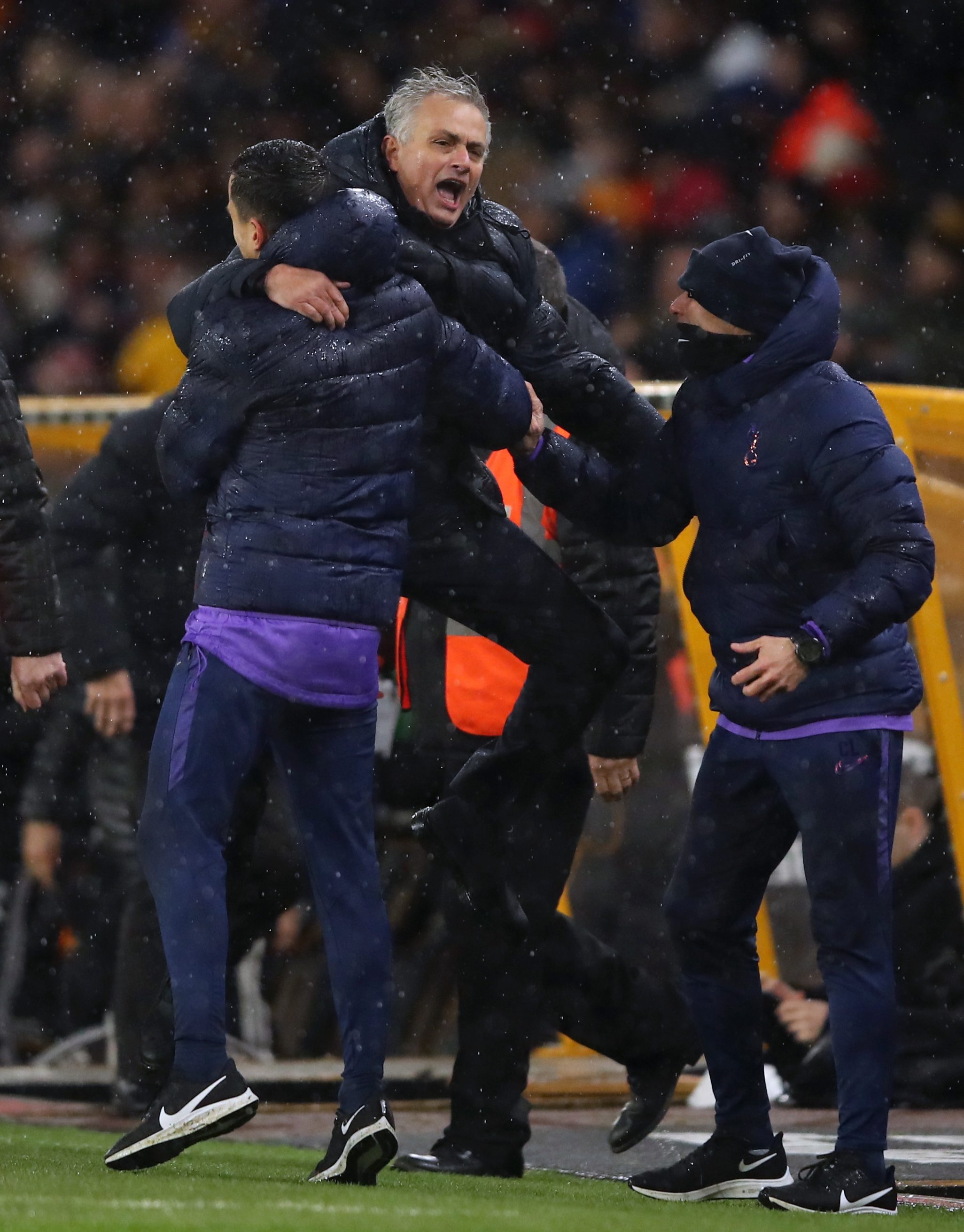 The lofted return pass from Alli was the former MK Dons man at his finest, continuing his renaissance under Mourinho.

Spurs’ boss had come with a tactic to defend deeply, soak up pressure and hit Nuno’s men on the break.

It was working until 67 minutes in when his backline decided to stop off Traore outside the box. It was a mistake they would live to regret.

Jimenez laid it off to the Spanish powerhouse who unleashed an unstoppable effort into the far corner from 20 yards. Paulo Gazzaniga was at full stretch but touched nothing but air.

Wolves pushed for a winner with Traore electric down the right.

Brighton had three players cautioned scything down the jet-heeled Spaniard at the Amex last week.

Spurs went for the same tactics as Dier and Kane were both cautioned for cynical fouls on the ex-Middlesbrough speedster.

And then came the gut punch for the hosts as sub Christian Eriksen flung in a corner which a totally unmarked Vertonghen rose to power past Patricio.

Pochettino’s era of heroic near misses is over.

Mourinho, the serial winner, is here and Tottenham mean business.