Home » With No-Hitter, John Means Opens Up a World of Possibilities

With No-Hitter, John Means Opens Up a World of Possibilities 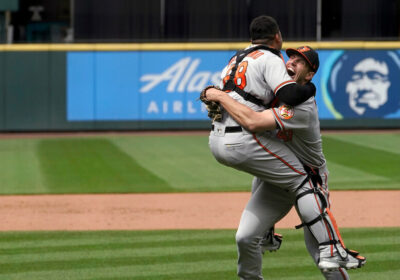 Throwing a no-hitter, you could say, is like lassoing the moon. You can see the distant glow, beckoning and teasing all at once. Can you really get there? Probably not. But you can dream.

On Aug. 13, 1969, in Oakland, Jim Palmer made the giant leap for the Baltimore Orioles with nine no-hit innings against the Athletics. It was the same day that Neil Armstrong, Buzz Aldrin and Michael Collins glided up Broadway and down Michigan Avenue for ticker-tape parades in New York and Chicago, followed by a state dinner with President Richard M. Nixon in Los Angeles.

Palmer, now 75, has never been to the moon, of course. But the no-hitter broadened his universe in a way no other Oriole had experienced until Wednesday, when John Means became the first Baltimore pitcher since Palmer to toss a complete-game no-hitter. Means subdued the Mariners, 6-0, with 12 strikeouts and no walks in Seattle.

Four Orioles combined for a no-hitter in 1991, but going the distance set Means’s feat apart. It was his 44th career start and the first to stretch past the seventh inning. His work days will never be the same.

“Pitching a no-hitter — and pitching a no-hitter with a complete game now, because they’re so rare — is kind of like a hole in one,” Palmer said by phone on Wednesday night. “It’s funny, when you’re a good golfer, you look at a par-3, you want to get on the green, you want to make a birdie. And then you make a hole in one, and for the rest of your life, every time you tee a ball up on a par-3, you don’t think about birdies — you think about the possibility of ‘You know what? I could have a hole in one.’ 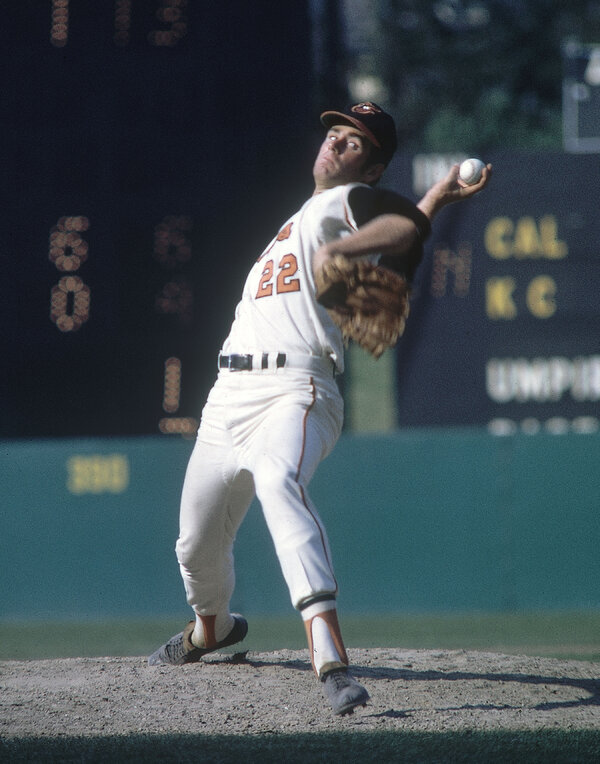 Palmer’s path led to three Cy Young Awards, a spot in the Hall of Fame and a long career as an Orioles broadcaster. He was not working Wednesday’s game, but he has closely followed Means’s rise from an 11th-round draft choice in 2014 to an unlikely spot on the opening day roster five years later.

“I sat with him at his locker in 2019 and he said, ‘You know, I wasn’t one of the real highly touted prospects, so I could kind of always fly under the radar,’” Palmer said. “Until he made the club — and it all started that first weekend. He pitched three or four innings in relief up in Yankee Stadium, against their A lineup, and they didn’t have a chance. I think he threw a hanging changeup and Gary Sanchez hit a solo home run. That was it.”

Means, 28, has not hung many changeups since. He made the All-Star Game that summer and was the runner-up for the American League Rookie of the Year Award, going 12-11 with a 3.60 earned run average. This season he is 4-0 with a 1.37 E.R.A.

Last season, though, was wrenching: Means lost his father, Alan, to pancreatic cancer in August. On Wednesday, as he prepared to secure the no-hitter, Means thought of his dad.

“I looked in my glove right before I went out there for the ninth, it had his initials on it, and I said to myself, ‘He wouldn’t care, he’s just glad that I’m having a good time,’” Means said. “The accolades and everything like that never mattered to him.”

Even so, Means said, it took him a moment to compose himself against Dylan Moore, the leadoff hitter in the ninth.

“I got a little bit of the Jell-O legs, started to feel a little wobbly,” he said. “But once I threw that first pitch, I was able to lock in again.”

Moore popped out to the third baseman in foul territory. Then Sam Haggerty struck out on a changeup, the weapon Means learned from the pitching coach Chris Holt at spring training in 2019, the separator that vaulted him to the majors for good.

Means threw one more pitch, his 113th, and J.P. Crawford punched it softly on a line to shortstop Ramon Urias, ending the game. Means had faced the minimum 27 hitters and thrown 26 first-pitch strikes. The only batter who reached base was Haggerty in the third inning, on a third-strike breaking ball that skipped past catcher Pedro Severino. Haggerty made it to first without a throw, but was then caught stealing.

It was the third nine-inning no-hitter of the 2021 season — after ones by the San Diego Padres’ Joe Musgrove and the Chicago White Sox’ Carlos Rodon in April — but Means’s performance was unique in modern baseball history: Never before had a pitcher faced only 27 batters in a nine-inning no-hitter, with the only runner reaching base on a strikeout/wild pitch.

Only twice before had a pitcher failed to throw a perfect game despite facing the minimum 27 batters, while allowing no hits or walks. It happened in 1960 to the Milwaukee Braves’ Lew Burdette, who hit a batter, and in 1990 to the Philadelphia Phillies’ Terry Mulholland, who allowed a batter to reach base on an error. Both runners were erased on double plays.

In any case, Means was hardly disappointed to miss a perfect game, which no pitcher has achieved since Felix Hernandez of the Mariners in August 2012. Means said he had always wanted to throw a no-hitter but never thought he could even reach the majors. As a boy, he said, he would write “M.L.B. player” when asked in school for his life goals, but he thought it sounded unrealistic.

“I was never that kid who had a ton of confidence in myself,” Means said.

Then he learned the changeup and began to establish himself. On Wednesday he explored the outer limits of his talent, launching himself to a land no Orioles pitcher had visited since the greatest of them all, more than half a century ago.

“It’s been such a whirlwind of an experience, and I don’t think I’ve been able to process it yet,” Means said. “But to be in the same breath as Palmer, I don’t think it gets much better than that.”