Wimbledon LIVE RESULTS: Djokovic in action on Centre Court as Raducanu and Murray follow on Day 3 – latest | The Sun 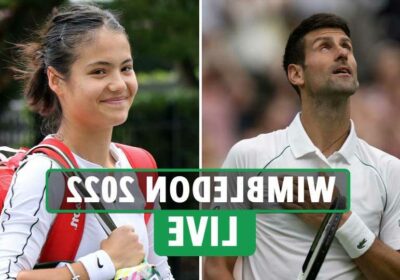 NOVAK DJOKOVIC is in action RIGHT NOW as Wimbledon's Day 3 rolls on at pace.

The reigning champ is taking on Australian world No 84 Thanasi Kokkinakis on Centre Court.

While Serena Williams is OUT after Harmony Tan beat her in an epic first round contest late last night.

Wimbledon FREE BETS with Raducanu, Murray and Djokovic in action