Whyte vs Povetkin: Kane Baker shows off incredible body transformation after losing 6st and goes from banker to PPV star 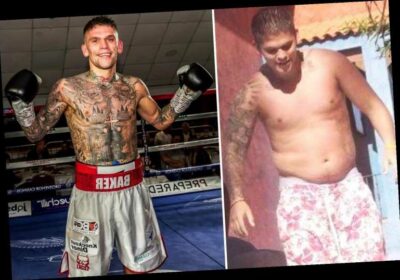 KANE BAKER has gone from fat banker to super-feather PPV boxing star thanks to the love of a good woman.

Aged 19, the 5ft 8in Brummie was a 15st bank clerk getting out of breath just from screaming combinations at the pub TV. 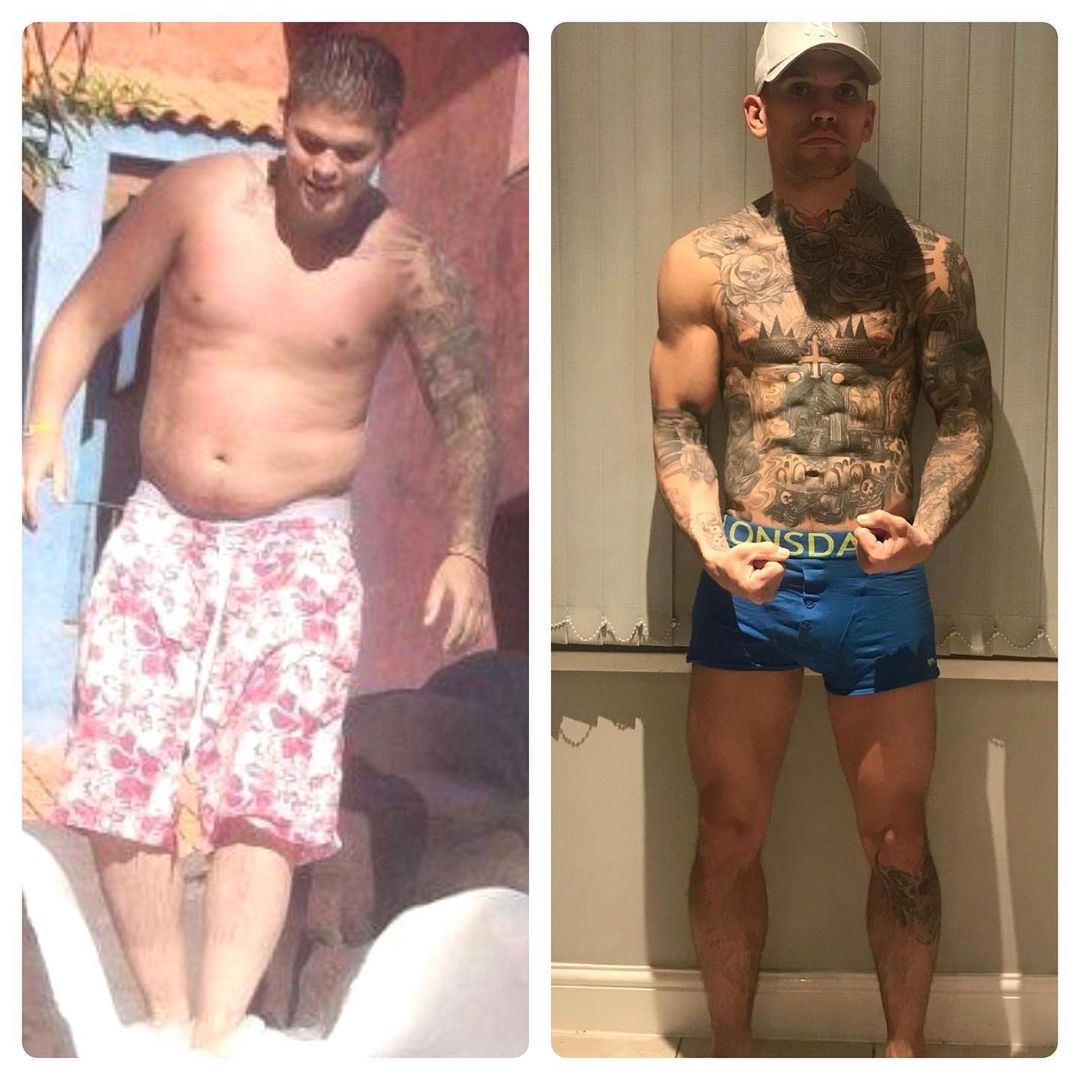 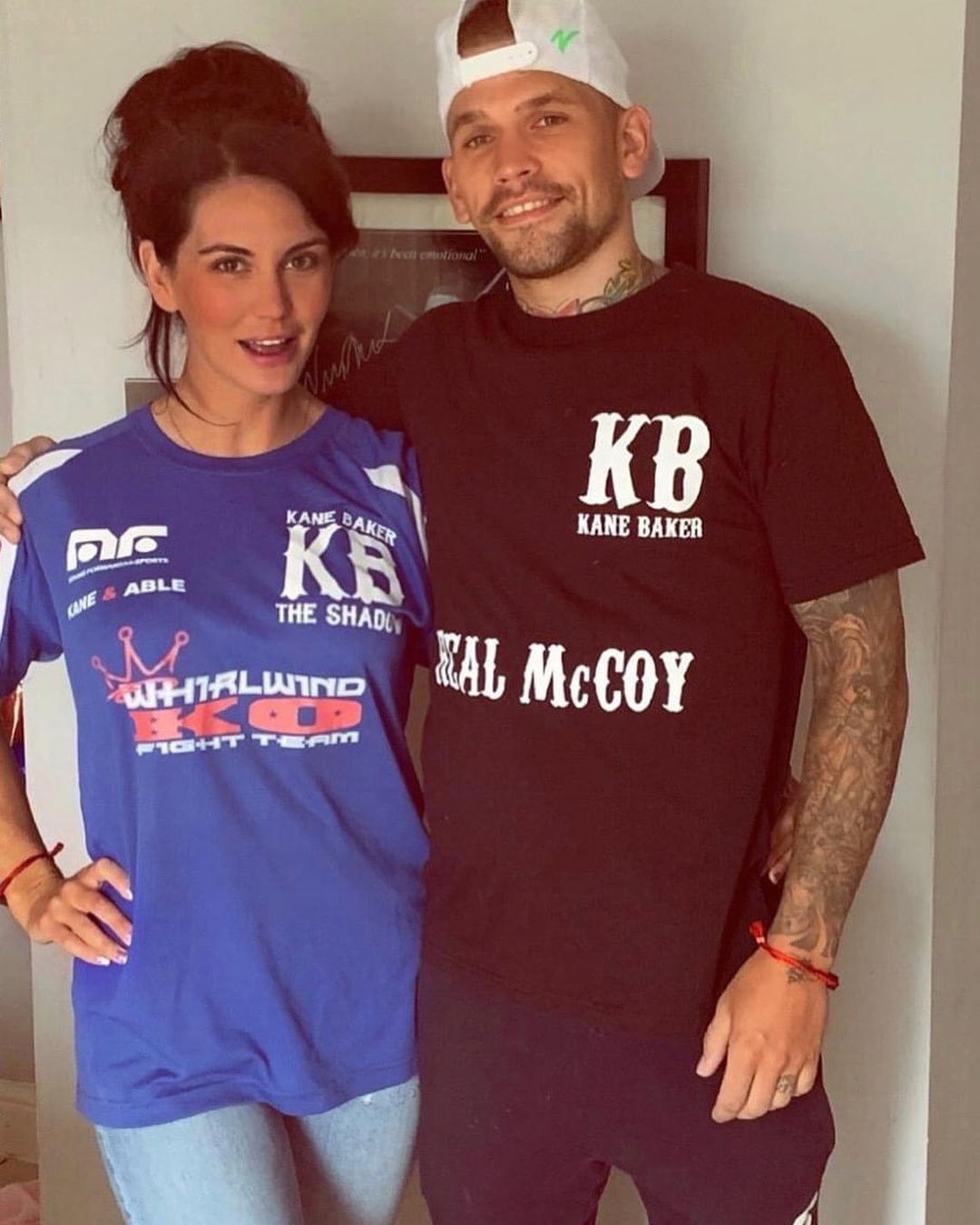 But this Saturday the self proclaimed ‘Boxing Fan with a Licence’ will star on the Dillian Whyte vs Alexander Povetkin undercard from the Rock of Gibraltar.

Thanks to feeder, trainer and fiance Coral, the 14-7 fans’ favourite will take on Youssef Khoumari at just 9st 4lbs live on Sky Sports Box Office.

The transformation is incredible and at times, without an army of trainers and nutritionists to help, brutal too.

“The family motto after a meal was ‘give it to Kane, he’ll eat it’.

“Then I got with my missus who is super-fit and she just started making me run.

“I tried to convince her that I was from a family that was not genetically made to ever have a six-pack. I had convinced myself of that and her too I’m sure. 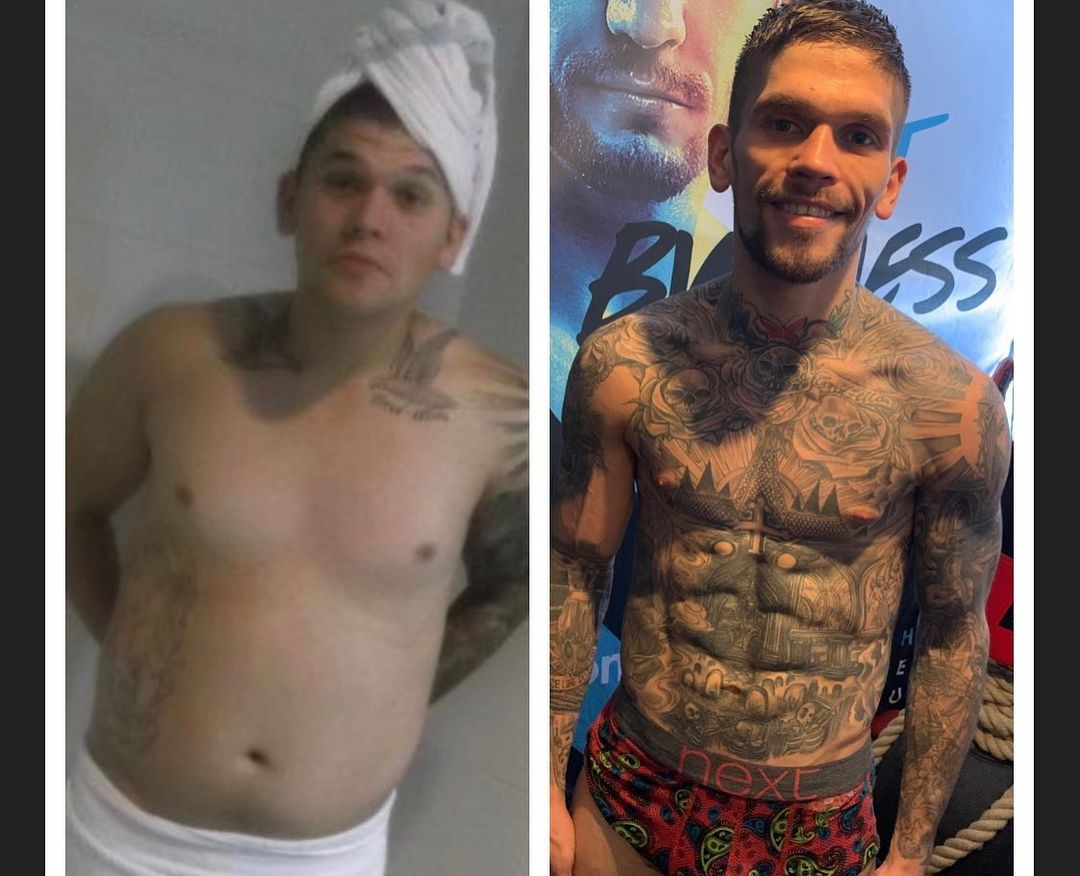 “But she would kick me out of bed at 4am in the morning and send me running.

"She encouraged me to do more white collar fights, so sometimes I would do two-a-weekend and she would come with me.

“Then we got dogs that need loads of exercise so I am always running with them too.

“She obviously still fell for me when I was big, so she fancied me anyway, but she has always just wanted me to be more healthy.” 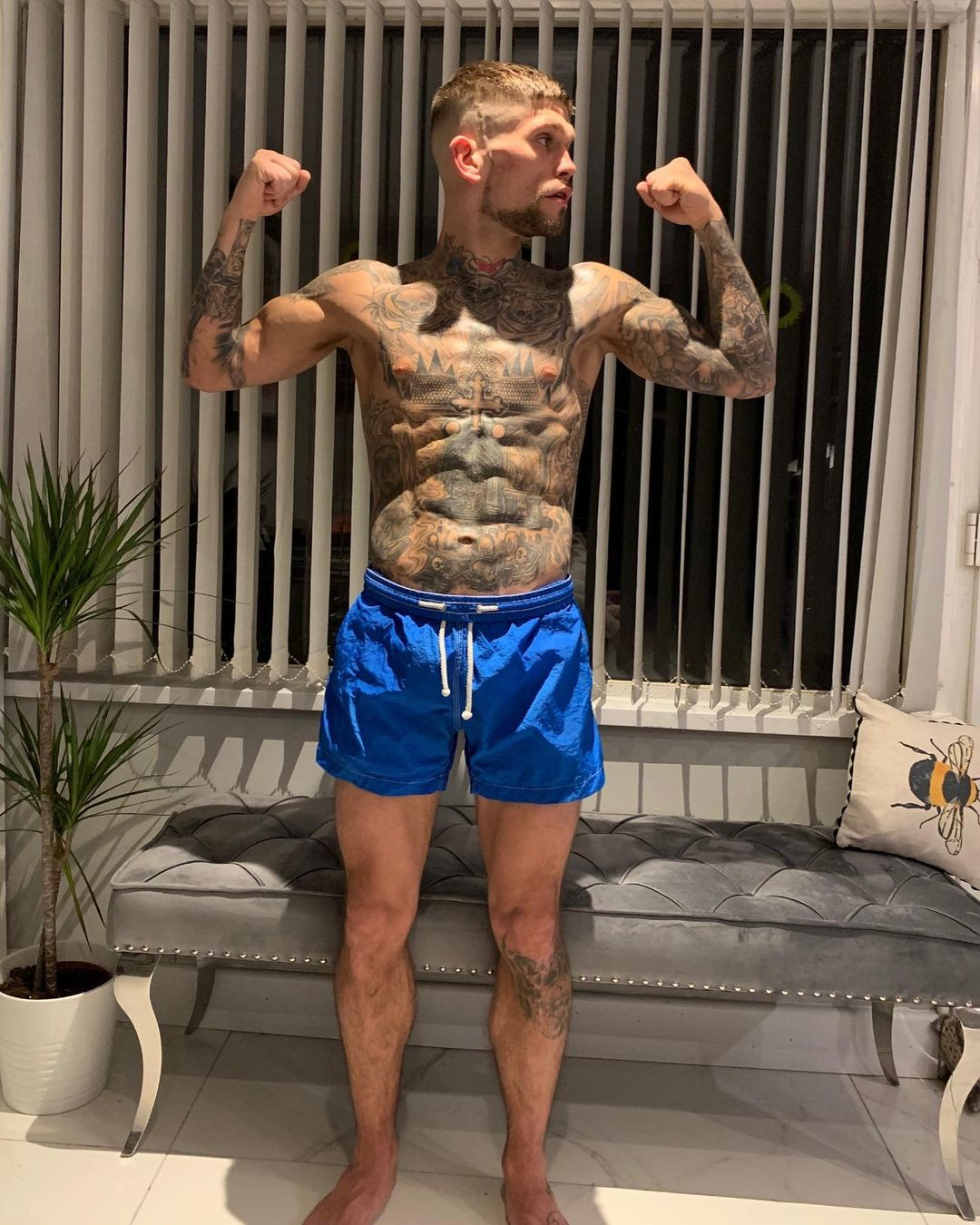 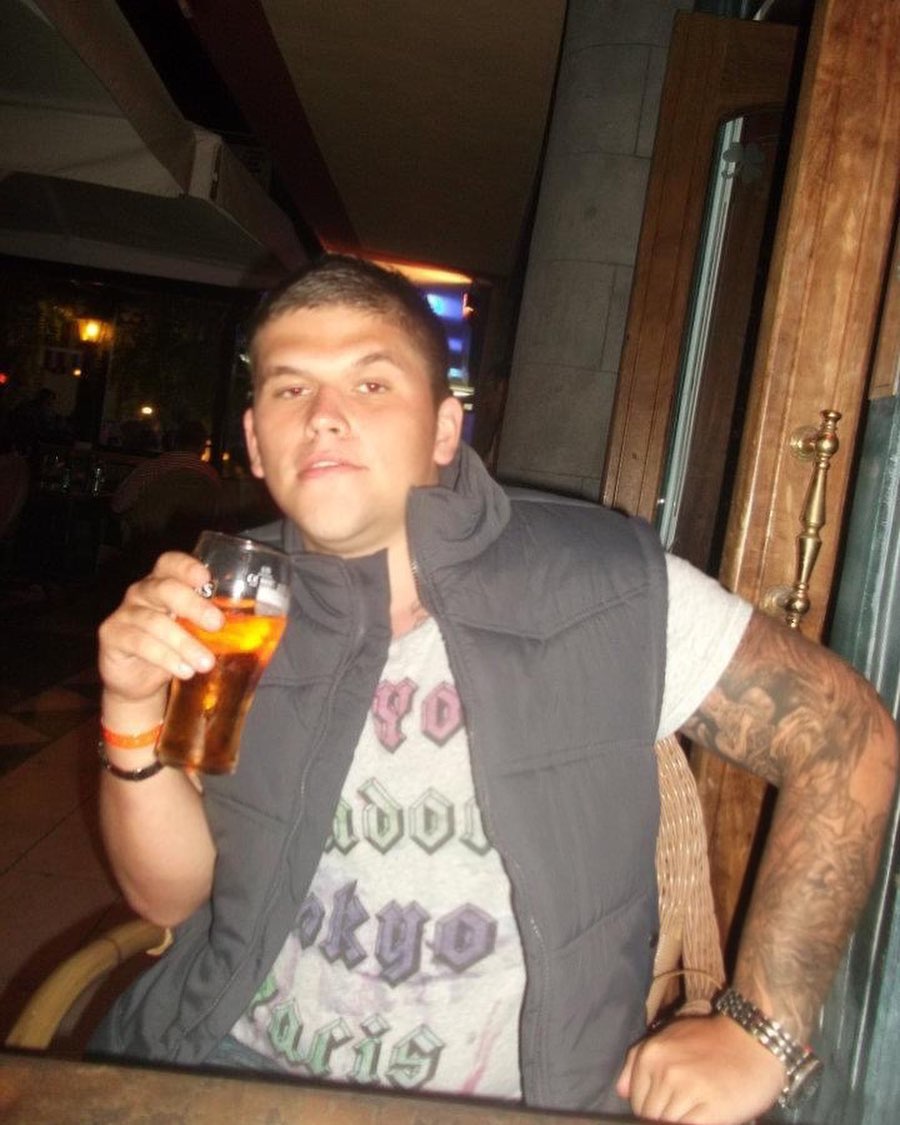 Baker quit the bank and started labouring for a roofing firm where the beer flowed after work and the grub was fast and greasy.

So to help him stay in shape he would starve himself and do all the hard work himself – in extra layers – while the boys enjoyed their junk food.

He said: “When I was roofing I wouldn’t really eat much at all and when you are in a van with a load of lads eating McDonald’s and KFC it is hard, it is very hard.

“I would put extra jumpers on and do all the labouring work myself to keep burning fat.

“By the time I was 24 I had got down to around 13st and was doing white collar fights. I turned pro at 26 and started boxing at 11st and I have kept gradually coming down from there.

“Now I can eat three or four meals a day because Coral researches and weighs it all and I am always under 10st.”

Baker made a 4-0 start to the paid ranks with the respected Black Country Boxing team but lost his unbeaten start in 2017 to the son of a childhood idol, just so he could give his die-hard followers an unforgettable night.

“I didn’t even know what it meant to be a journeyman or ‘go on the road’ before I took the Conor Benn fight,” he said. “I took that because I thought I could win.

“I had watched Conor’s career, I loved his dad and Conor had boxed a few lads I knew and I thought I could do better than they had.

"And all the people – who are not fans, they are my mates – who had bought white collar tickets to watch me fight strangers, were suddenly given the chance to go to York Hall and watch their mate fight a member of the Benn family.

"I was never ever turning that down.” 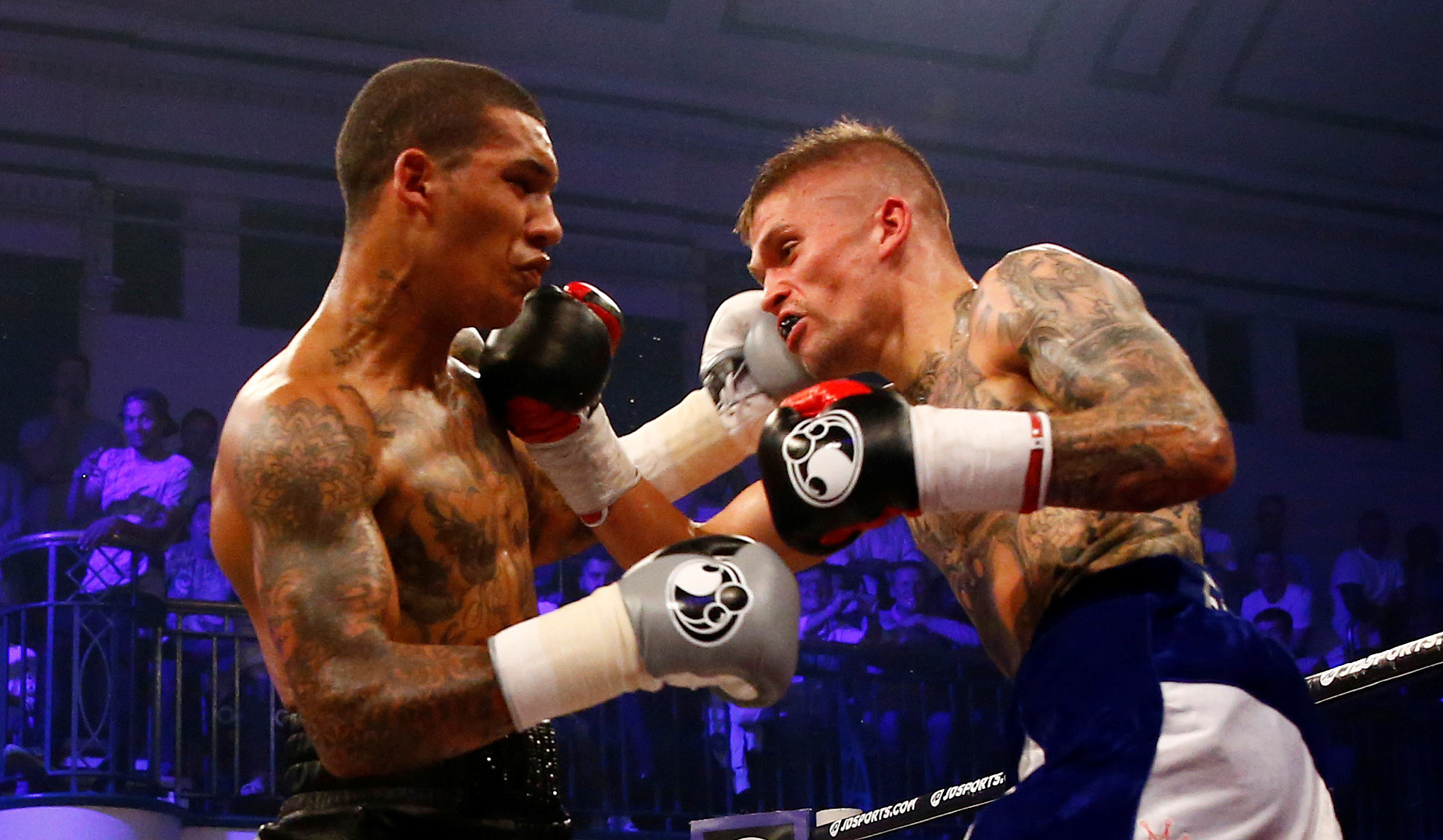 Whyte hand selected Baker for his show thanks to the fanbase he has grown during lockdown.

The down-to-earth lad enjoyed two fights inside 13 days, losing one on October 4 and then stunning Tony Bellew-managed Meshech Spear on October 17.

The late-notice Peterborough win even finished with Baker on the top rope goading his gutted hero like a WWE wrestler.

“I absolutely love Tony Bellew,” he said. “I am a massive fan. But someone had sent me a video where he called me ‘tit’.

“I was boxing his fighter and he told him to watch out for me because I am a ‘bit of a tit’.

“So when I won, I ran over to the corner closest to him, climbed the ropes and said: ‘I’m a tit, but I won it!’

“It did get a lot of attention but I really meant no disrespect. I just got carried away. I think that’s why people have supported me, I am just one of the lads from the pub or football that has followed his dream.”