Who can replace Carlton’s Sam Docherty? Blues defender Sam Docherty is impossible to replace in real terms, his second knee injury in two seasons a cruel blow for him and the club.

He's the co-captain, an All-Australian and an organiser in defence. However, presuming he doesn't attempt to make a miracle return via LARS surgery, the damage can be minimised if the Blues are able to  cover for him.

While their first option is likely to be existing stocks, Nic Newman, Tom Williamson or Tom Bugg, they could also find a good replacement under the new pre-season supplemental rules introduced for this reason.

One thing that Essendon's top-up recruiting for 2016 season showed was that some players can be reborn, with Matt Dea still on their list and James Kelly outstanding in his two seasons at the Bombers, the former Cat coming out of retirement to help Essendon.

So who are 10 potential options for the Blues when they eventually turn their heads to the question?

Tom Williamson, Tom Bugg and Nic Newman
(Existing options, already on Carlton's list)
The trio have claims to play as defenders. Williamson has battled injury but the two recruits in Bugg and Newman could use the opportunity to re-establish their careers.

Kyle Cheney, 29
(85 games Melbourne/Hawthorn/Adelaide)
Experience, a cool head and a relationship with Blues coach Brendon Bolton make him worth considering. He plugged a hole for the Crows in Brodie Smith's absence and he can organise the defence. As more of a lock-down type who needs to give the ball to teammates to use he is a different player to Docherty but his young Carlton teammates would learn from him.

Brendon Goddard,33
(334 games St Kilda/Essendon)
He polarises opinion but he is an outstanding player who Carlton targeted in a game last season to reduce his effectiveness across half back. Played every game in 2018 and his form was good overall. Football manager Brad Lloyd indicated on radio on Monday night Goddard was not at the forefront of Carlton's thinking. 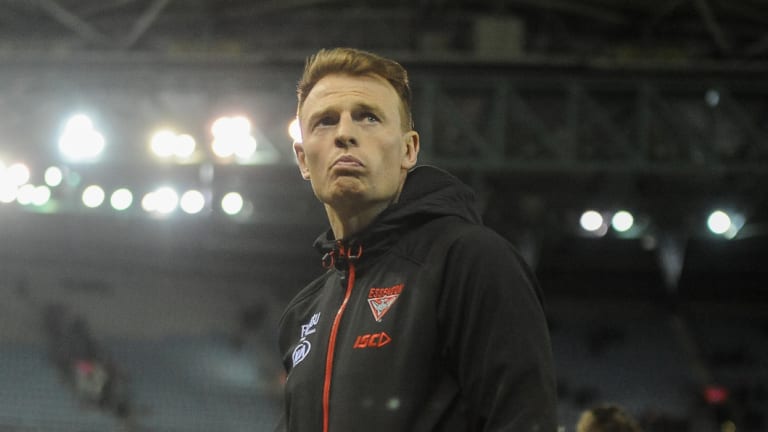 Cam Sutcliffe, 26
(104 games Fremantle)
The former Docker just signed with Port Adelaide Magpies to play SANFL. Had interest from AFL clubs over the exchange period and is a very similar player to Docherty in that he can run and carry from defence. Carlton's Lloyd would know him well from his Dockers days and Sutcliffe is an excellent character who played in the 2013 grand final.

Adam Oxley, 26
(34 games Collingwood)
Signed with Collingwood's VFL team after 34 games in five seasons at the Magpies. A popular person, he is more a marking defender with his ball use never improving enough for him to cement a spot. Unlikely but he would bring good understanding of the Magpies' gameplan, an interesting bridge that the pre-season supplemental rule is yet to cross.

Harry Marsh, 24
(25 games Sydney Swans)
Delisted after 25 games with the Sydney Swans that included two finals in 2016 before he made way for Jarrad McVeigh in the grand final. Has dash but, like his brother Jonathon can be erratic in his decision making. He would certainly add some excitement and flair to the line-up. 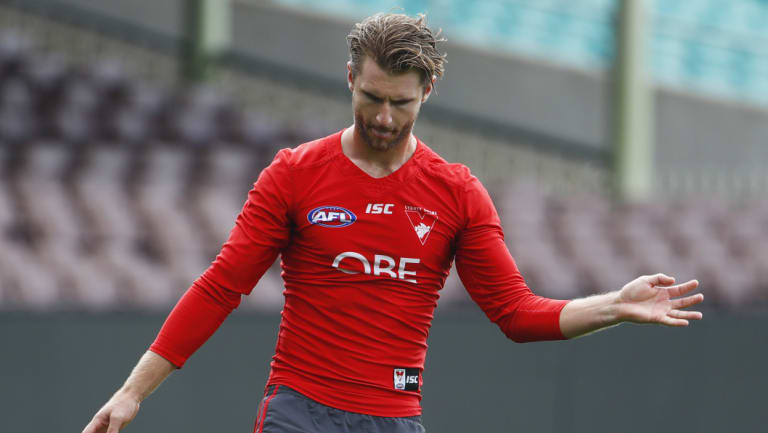 Harry Marsh was formerly with the Swans.Credit:AAP

Jonathon Marsh, 23
(15 games Collingwood)
Dare we say the Marsh brothers at this time of the year but Harry's brother can play. He departed the Magpies before his contract was out as he needed to be in Perth to restore his mental health. Now healthy, he is back in town, desperate for an AFL return having joined Richmond to play in their VFL team. He can run, is tough and was well-regarded at the Magpies pre- and post-departure, a credit to his character.

Bernie Vince, 33
(229 games Adelaide/Melbourne)
Obviously his pace became an issue late in the year and he has a new job working at Melbourne after retiring so it would be a leap of faith for him to join the Blues. One thing we know however is that Vince is tough, consistent, popular and he knows how to play half-back.

Billy Hartung, 23
(76 games Hawthorn/North Melbourne)
One of the competition's enigmas, Hartung's absence from an AFL list is something of a mystery given his obvious pace. His ball use is questioned and frustrates supporters and he is more a wingman than a defender. However perhaps his desire to prove people wrong could make him an ideal replacement. Bolton knows him well so any assessment of him will be genuine. 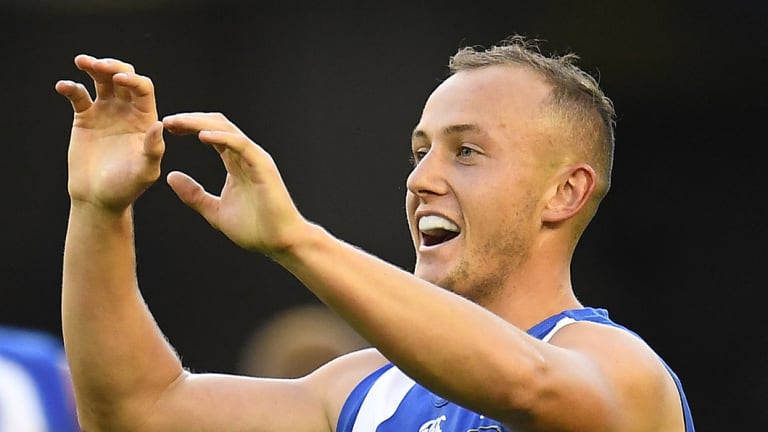 Michael Gibbons, 23
(Williamstown)
Not a running defender but the Blues might just decide to bolster their midfield and hope Newman or Williamson can cover for Docherty. The midfielder was one of the unlucky tales of the draft having won two JJ Liston Trophies and no one would begrudge him his chance.