Home » Sport » Where the England team vs Croatia at Euro 2004 are now, from Rooney to Vassell – The Sun

Where the England team vs Croatia at Euro 2004 are now, from Rooney to Vassell – The Sun

ENGLAND'S Golden Generation had fans dreaming of silverware when Sven Goran-Eriksson's side lined up at Euro 2004.

And 17 years ago, they managed a 4-2 won over Croatia that had us all believing they could go all the way. 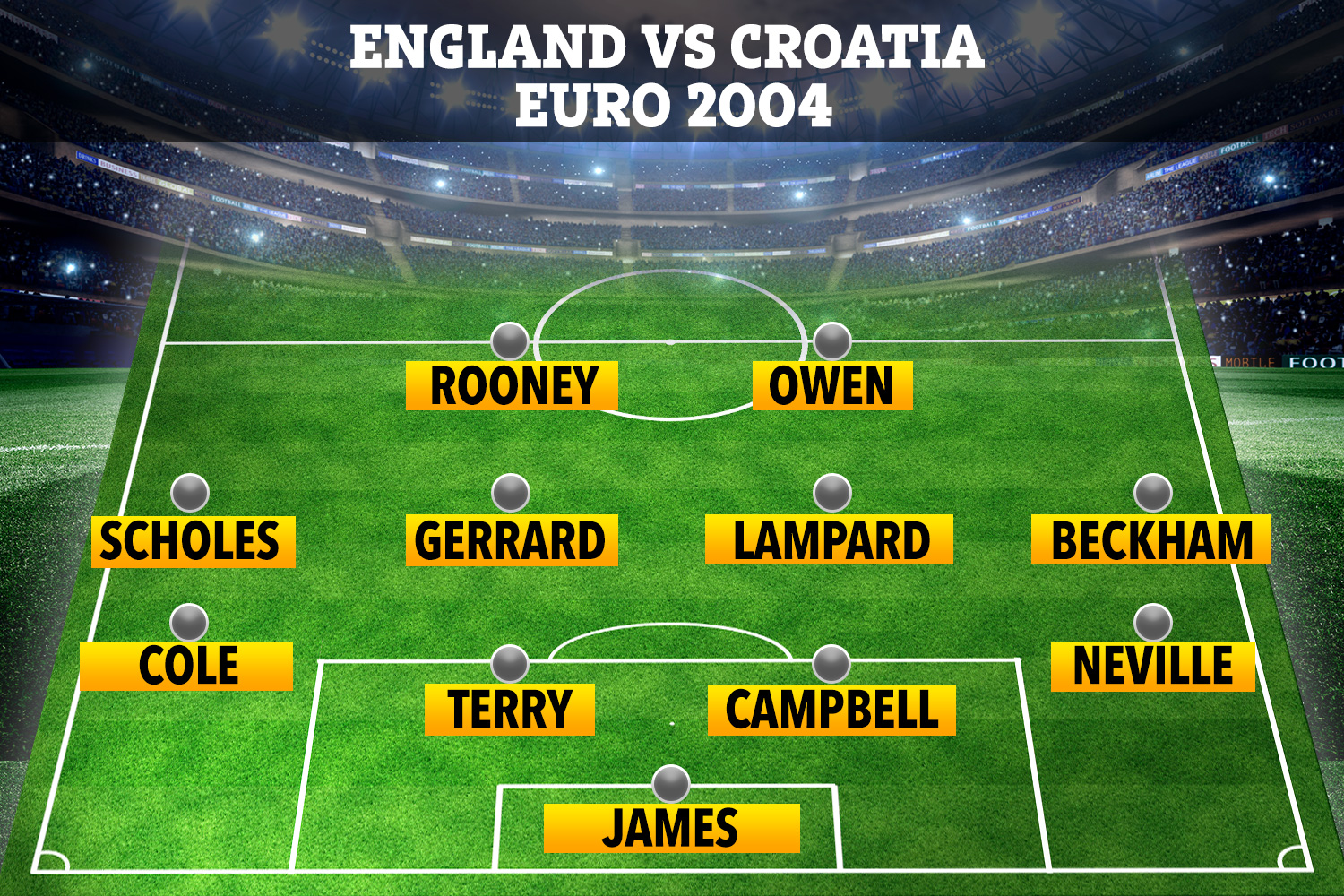 Two goals from Wayne Rooney and one each from Paul Scholes and Frank Lampard saw the Three Lions reach the knockout stages of the Euros on foreign soil for the first time ever.

With undoubtedly one of the strongest sides since their 1966 World Cup win, the nation was left shattered after penalty heartbreak to Portugal in the quarter-final.

It was a case of what could have been if Rooney hadn't broken his metatarsal in the early stages of the game.

But where are the players that featured in that contest now?

Keeper James played for England until the World Cup in 2010 earning 53 caps.

After a year stint at Bournemouth in 2013, James raised eyebrows with a move to Icelandic side ÍBV Vestmannaeyjar in a player/coaching capacity.

He then moved to India with Kerala Blasters as a player and later managed the club in 2018.

What happened to him?

The former Manchester United right-back hung up his boots in 2011 and has since forged out a successful career as a pundit for Sky Sports.

Alongside Jamie Carragher, Neville has become a huge hit with viewers on Sky Sports for his in-depth analysis.

The Twitter regular also had an unsuccessful spell as manager of Valencia and was England's assistant manager.

The Chelsea legend has also gone into coaching and continues to build his reputation on the touchline.

After ending his illustrious playing career at Aston Villa, Terry took up an assistant manager position to boss Dean Smith where he remains now.

Defensive rock Campbell retired from football in 2011 after a final spell at Newcastle.

He then had a number of years out of the game where he turned to politics and in 2015 confirmed his intention to run for the Conservative Party nomination for the Mayor of London.

He returned to football in 2017 when he was assistant manager to Dennis Lawrence at Trinidad and Tobago.

He got a shot of management at Macclesfield and pulled off a great escape to keep them in League Two.

Campbell was later appointed Southend manager, but left the club in 2020.

After a stint in the MLS, he spent a season at Derby before retiring.

Now one of England's greatest left-backs is forging out a career in coaching and is part of the staff for Chelsea Under-15 side.

Golden Balls remains one of the most famous names in football and is looking to take the MLS to new levels with his latest venture.

He retired in 2013 after playing for Paris Saint-Germain and became co-owner of Manchester-based side Salford City.

Gerrard retired in 2016 after spending a season at LA Galaxy.

He then returned to boyhood club Liverpool as a youth coach in January 2017.

In April he took charge of the Under-18 side before being announced as the manager of Rangers in 2018, where he helped the club win the Scottish league.

Lampard has enjoyed a meteoric rise as a coach after hanging up his boots.

After a stint working in media, Derby announced his managerial appointment for the 2018-19 campaign.

A heartbreaking play-off defeat followed before Chelsea sensationally announced his return as manager following the departure of Maurizio Sarri.

He finished in the top four in his first season, but was sacked in his second.

Goalscorer against Croatia, the once publicity-shy Scholes has emerged into the limelight to become a television pundit.

He has also become Salford's co-owner with his Class of '92 Manchester United team-mates.

Scholes had a brief managerial stint at Oldham but quit after just seven games in charge.

Once England's wonderkid, Owen now works as a pundit for BT Sports.

He also followed up his interest in horse racing by becoming a racehorse breeder.

Rooney, who scored twice against Croatia, was the last member of the side to hang up his boots.

Following time spent in the MLS with DC United, Rooney sensationally made a return to England for a swansong at Championship side Derby.

He is now Rams boss after retiring from playing and ensured their survival on the final day of last season.

Vassell never played for England again after missing the penalty against Portugal at Euro 2004.

The striker has gone off the radar after officially retiring in 2016.

After leaving Man City in 2009, he went to Turkish side Ankaragücü before ending his career at Leicester.

Neville has enjoyed a varied coaching role after retiring from playing.

From caretaker boss of Salford, he was assistant to brother Gary at Valencia before taking the England Women's manager role.

Most recently, he joined Becks in America to become coach of Inter Miami.

He is also co-owner of Salford.

King remains a one-club man after injuries forced him to retire from football in 2012.

He is still employed by Tottenham, where he remained as part of their coaching team after Jose Mourinho's sacking.