Where Mets can turn if George Springer optimism proves wrong 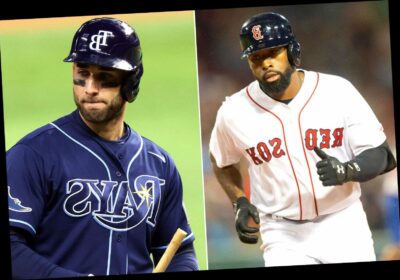 Yankees, Mets should consider if Cy Young winner is worth risk: Sherman

While the Mets’ offseason can’t be reduced to a “George Springer or bust” mentality, their chances of upgrading center field could be compromised if the All-Star outfielder lands elsewhere.

As it stands, team brass is optimistic Springer will be wearing a Mets uniform by the time spring training begins, according to an industry source. But that optimism doesn’t guarantee the 31-year-old Springer is coming, leaving a need to consider other possibilities.

It’s hardly a market awash with strong alternatives to Brandon Nimmo, who ideally would move from center to left field (provided the DH returns in the NL this season, allowing lineup spots for both Dominic Smith and Pete Alonso). In Springer, the Mets see the ideal combination of a right-handed bat with power and improved defense.

A look at where the Mets can turn if they fail to sign Springer:

A Gold Glove winner in 2018 with the Red Sox, the free-agent Bradley remains among the game’s best defensive players. Last season, he recorded seven outs above average, according to baseball savant, which placed him in MLB’s 99th percentile. Offensively, Bradley slashed .283/.364/.450 with seven homers and 22 RBIs in 55 games. The drawback is Bradley bats left-handed, which would leave the Mets with an all lefty-swinging outfield of Bradley, Nimmo and Michael Conforto. In addition, Smith and Jeff McNeil bat left-handed. Bradley for his career has a .685 OPS against lefties.

The Rays center fielder won a Gold Glove in 2019 and last season was responsible for five outs above average, which placed him in the 96th percentile. Kiermaier, 30, would have to come in a trade, as he is signed through 2022 with a club option for ’23. In recent years the Rays have valued Kiermaier more than teams are willing to surrender for him.

For his career, he owns a 98 OPS-plus, putting him squarely in the range of an average offensive player. But the last three seasons there has been a drop-off in his production. Last year he slashed only .217/.321/.362 with three homers and 22 RBIs in 49 games.

Once a defensive standout, Pillar’s metrics suggest he’s on the downside as a center fielder. Last season in center, he was minus-one in outs above average with the Red Sox and Rockies, according to baseball savant.

Injuries derailed the veteran outfielder last year after he arrived to the Mets in an offseason trade with the Astros. If the Mets are willing to go the platoon route, they could re-sign Marisnick and play him against left-handers.