Home » Sport » When Gameday Is a Crime Scene

When Gameday Is a Crime Scene 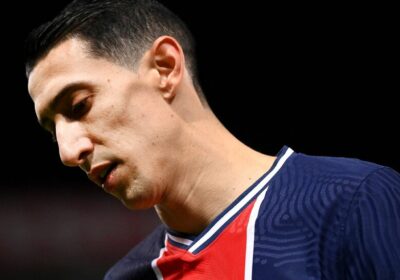 Ángel Di María got the news as soon as he stepped off the field. Pulling him in the middle of a tie game appeared to make little sense, but Paris St.-Germain’s coach quickly provided an explanation: Di María’s wife had called the team’s security officer. He needed to get home immediately. His family’s house had just been robbed.

His teammate Marquinhos received a similar message almost as soon as Sunday’s game ended: A property he had bought for his parents outside the city also had been targeted by intruders, and his father had been involved in a physical altercation with the robbers.

A third P.S.G. player, striker Mauro Icardi, would have understood the emotions each player was feeling: Less than two months ago, Icardi’s home was ransacked while he was away at a game. That day, according to news media reports, the thieves left with designer clothing, jewelry and watches worth hundreds of thousands of dollars.

The millionaire stars of P.S.G., though, are not the only soccer players being targeted by criminals for whom matches have increasingly become lucrative opportunities. In recent years, sophisticated operators have mined published match schedules and social media postings almost as a guidebook in their schemes to pilfer the trappings of fame and wealth belonging to some of soccer’s biggest names.

For years, gangs in England have targeted the manicured neighborhoods and luxury high-rises that are home to the stars of clubs like Manchester United and Liverpool. Last May, Manchester City’s Riyad Mahrez told the police he had lost items worth hundreds of thousands of dollars when his apartment was raided. Only weeks earlier, the Tottenham Hotspur star Dele Alli revealed that he had been roughed up by robbers inside his London home.

But as the latest P.S.G. cases showed, home invasions are not only a Premier League problem. In Spain, the police broke up a crime ring that they said had targeted the homes of players from clubs like Real Madrid and Barcelona. In Italy, the American midfielder Weston McKennie told ESPN that he had designer clothes and other items stolen while he played for Juventus in a cup match. 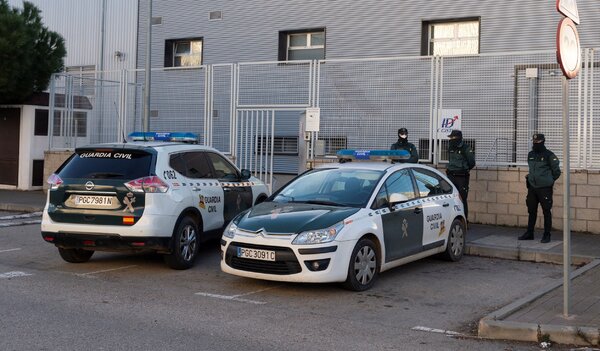 With similar home invasions becoming more common — Everton goalkeeper Robin Olsen reportedly was robbed by masked intruders wielding machetes earlier this month — rich athletes are increasingly expanding their lists of must-have luxury items to include not only expensive jewelry and the latest electronics but also fearsome dogs, private guards and even panic rooms.

“It’s a problem here for footballers because everyone knows where they will be,” said Paul Weldon, the managing director of The Panic Room Company, an English firm that now counts several Premier League stars among its high-net-worth clients.

“It’s become normal,” Weldon said of the safe rooms his company manufactures and installs. “When a client is going to build or restore a property it’s on a tick list: sauna, swimming pool, four-car garage, bowling alley and a panic room.”

Weldon said his company also can retrofit safe rooms into existing properties; typical locations include walk-in closets and utility spaces. Prices start from around $50,000 but can rise to as much as $1 million, depending on the requirements of his clients. The most expensive panic room Weldon’s company had been asked to supply, he said, included multiple generators, air conditioning units and protection from biological and chemical attacks. The room would be able to sustain life for more than a month, he said.

Other players have taken a more warm-blooded approach. Months after Tottenham’s Alli was robbed of watches and other items by knife-wielding attackers, he was photographed walking a Doberman guard dog he had purchased after the robbery.

Dogs like Alli’s are so commonplace among soccer stars that Richard Douglas, the co-founder of a company, Chaperone K9, that trains protection dogs, said his business now can count at least one client at every Premier League club.

The company’s website is filled — perhaps not accidentally — by photos of current and former Premier League stars posing with their specially trained dogs. Manchester City forward Raheem Sterling and Aston Villa defender Tyrone Mings acquired their Rottweilers through the company, and the West Ham captain Mark Noble posed for a photo on a bench between his two large shepherds. He loved the first one so much, Noble said, that he bought a second.

Douglas said his family-run business has flourished since it made its first sale in 2011, to the former West Ham and Fulham striker Bobby Zamora. “Our market is tailored more to footballers because they come straight from friends who are also footballers,” Douglas said. “The trust in that little circle is benefit for us.”

A typical guard dog takes as long as two years to train from the time it is a puppy, and the service is often extremely personal. Douglas said that he only deals directly with players and their families; emissaries like agents are told that they cannot buy dogs on behalf of their clients.

“We need to know the level of understanding of dogs, their strength of character, what breed they can keep up with,” Douglas said. He tells clients, “I have to meet you to prepare the dog for you.”

Prices for highly trained protection dogs often start at around $50,000 and increase depending on the dog’s pedigree and lineage. (Some players, ever competitive, now angle to have the best in class.) And while Douglas declined to provide specific details, he said there had been several examples when the dogs have proved their value.

“It’s just done what it’s supposed to do,” he said. “We’ve had a lot of dogs bite and others warn people off.”

“If an armed gang arrives with bats and machetes,” Douglas added, “you’re going to need a next level of dog that doesn’t fear that kind of aggression but runs toward it.”

In Paris, police and club officials were still trying to piece together what happened last Sunday night. Contrary to initial news reports, Di María’s wife was not attacked by the thieves, and only noticed a theft from the family safe after they had gone, according to a person with knowledge of the investigation. Frightened, she immediately contacted a club official, who raised the alarm with P.S.G.’s head of security.

That led to a call — caught on video — to the team’s sporting director, who shouted down from the stands to Coach Mauricio Pochettino. He quickly agreed to remove Di María from the game.

Like all of the club’s players, Di María would have received a security briefing, including a site visit to his home and advice about security measures, when he joined P.S.G. But the club typically leaves decisions on additional security measures to the players and their families; its biggest stars, Neymar and Kylian Mbappé, employ private personal security teams.

Jonathan Barnett, a leading soccer agent whose client roster includes Dele Alli’s Tottenham teammate Gareth Bale, said some of the athletes he represents do the same after they have been victims of burglaries.

“The top guys have their own security, especially when they’re away from their wives and families,” Barnett said.

Still, in the wake of the most recent robberies, P.S.G.’s management has decided, at least in the short term, to provide extra security around the properties of first-team players whenever the club plays. A club spokesman declined to answer questions about the measures or the robberies, saying the team does not comment on security matters.

But its decision will be similar to those already made by several top Premier League teams, who are well aware that their player’s movements are increasingly documented in real time on social media platforms, including when they are staying in hotels, arriving at training session or traveling to games.

As well as routine patrols around players homes, an official at a top English team said, most top clubs now invest significant sums of money in hiring in-house security experts to provide advice.

“We have learned the corrosive impact these kind of things can have on players, particularly recent recruits,” said the Premier League team official, who asked not to be named because they were not authorized to speak publicly about team security. “It can really unsettle a player, and then they will have family members saying they don’t want to be here.”