Home » Sport » What is Murray Mound, how much does it cost to enter and what has it also been called?

What is Murray Mound, how much does it cost to enter and what has it also been called? Every year thousands of ticketless fans turn up to back the Brits. 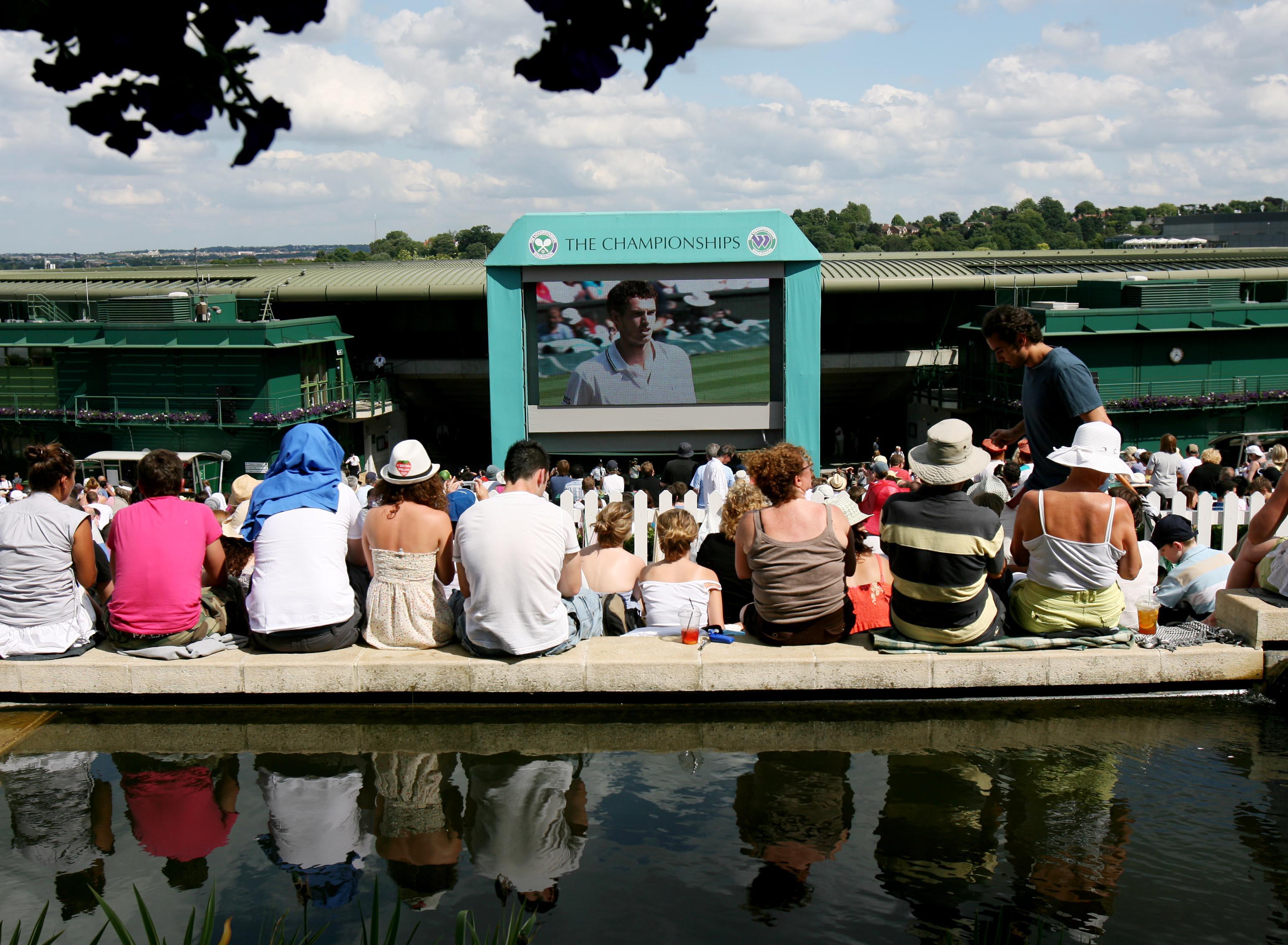 When did spectators first start watching Wimbledon on the hill?

The All England Club purchased 11 acres of land to the north of Centre Court in 1967 and leased it to the New Zealand Sport and Social Club, who named it Aorangi Terrace.

'Aorangi' means 'Cloud in the Sky', which is the Maori name for Mount Cook in New Zealand.

The Kiwis moved out in 1981 and spectators have flocked to the hill ever since, but Aorangi Terrace remains its formal name.

But in the 1990s, as fans got used to enjoying/enduring Tim Henman's valiant attempts to win the grand slam, it soon earned the name Henman Hill.

With the rise of Andy Murray and his two Wimbledon titles, the picturesque spot has reverted between that and Murray Mound.

How much does it cost to enter Murray Mound?

Access to Murray Mound is only available to those with Grounds tickets.

Spectators must pay £25 to enter the grounds, up until the Tuesday of the second week, when Grounds admission costs £20.

What has Murray Mound also been called?

Despite Murray's success at Wimbledon in the past decade, many still refer to it as Henman Hill.

Yet, it has taken on many different names, mostly depending on which British star is being shown at the time.

Among those include 'Robson Ridge', named after Laura Robson, Heather Watson's version in 'Heather Hill' and former Wimbledon semi-finalist Johanna Konta helping to give it the name 'Konta Contour'.