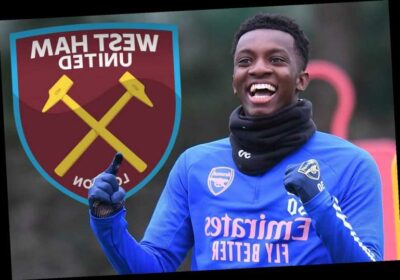 The Evening Standard claim the 21-year-old is on the Hammers’ radar and they are keeping tabs on his situation at the Emirates. 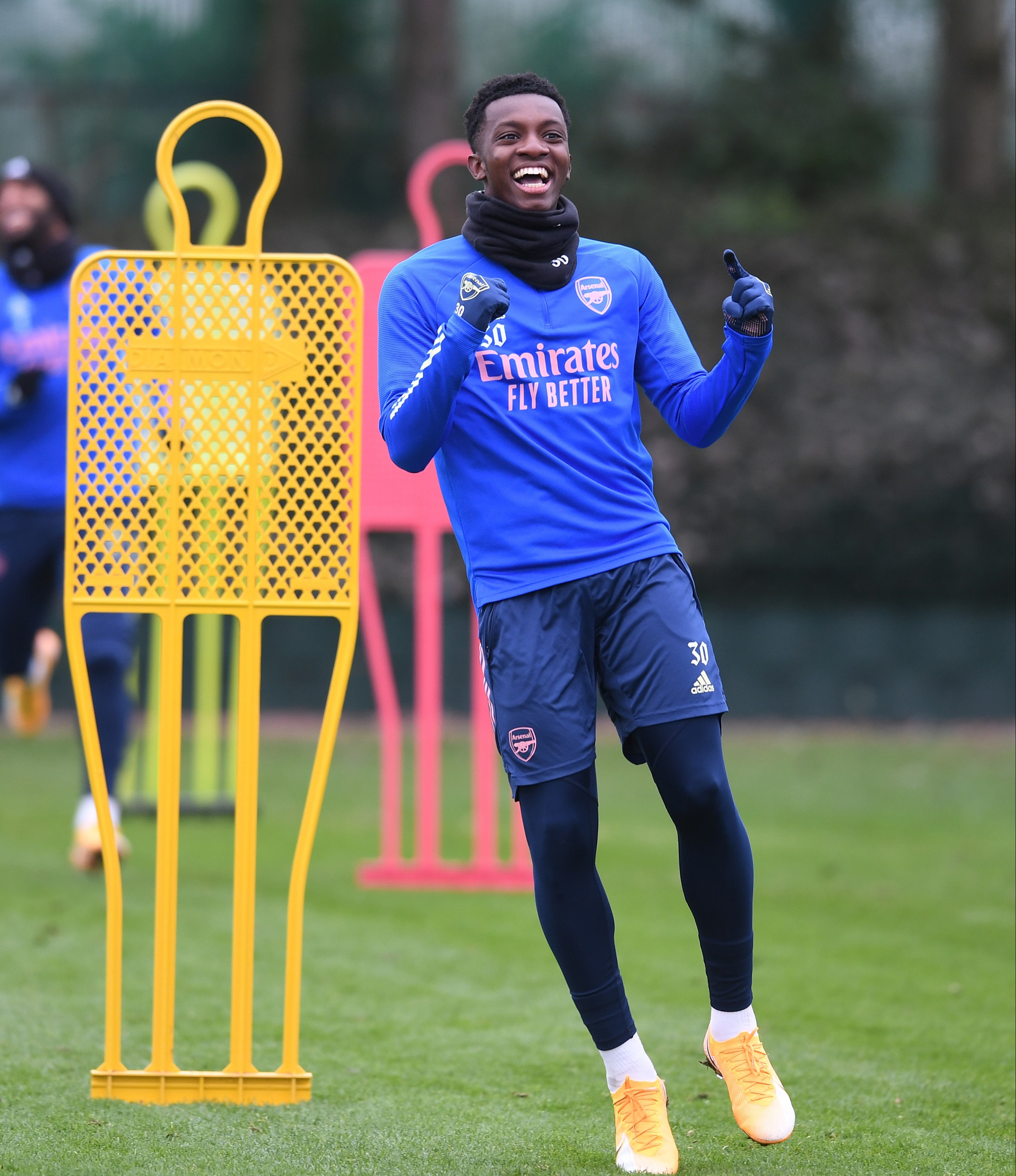 Nketiah is into the final 18 months of his Arsenal contract and West Ham are said to be keen to know if the Gunners would be open to a deal.

The report adds that it remains to be seen whether Mikel Arteta's side would be prepared to sanction a loan for the England U21 international.

But a permanent deal could prove attractive with Nketiah yet to agree a new contract and funds from his sale could be reinvested in the squad.

The former Leeds loanee has scored just one Premier League goal so far this campaign in 12 appearances for Arsenal.

Despite the Gunners' troubles this season, Nketiah remains behind Pierre-Emerick Aubameyang and Alexandre Lacazette in the pecking order.

West Ham meanwhile are on the hunt for attacking reinforcements after the departure of club-record signing Sebastien Haller.

Hammers boss David Moyes has been reassured that he will be allowed to use the money from the sale to bring in players in January.

And the Scot has already drawn up a list of replacements with the club linked with moves for Josh King and Olivier Giroud.

But a move for former Tottenham prospect Marcus Edwards looks unlikely after he signed a new deal with Vitoria de Guimaraes.