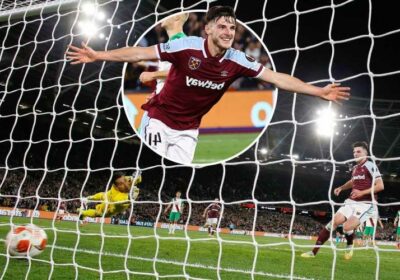 DECLAN RICE shows no sign of being just a master of sideways passes as he fired West Ham to victory.

Rice laughs off claims from his critics he is unable to play in advanced areas of the pitch and has set about proving so in Europe. 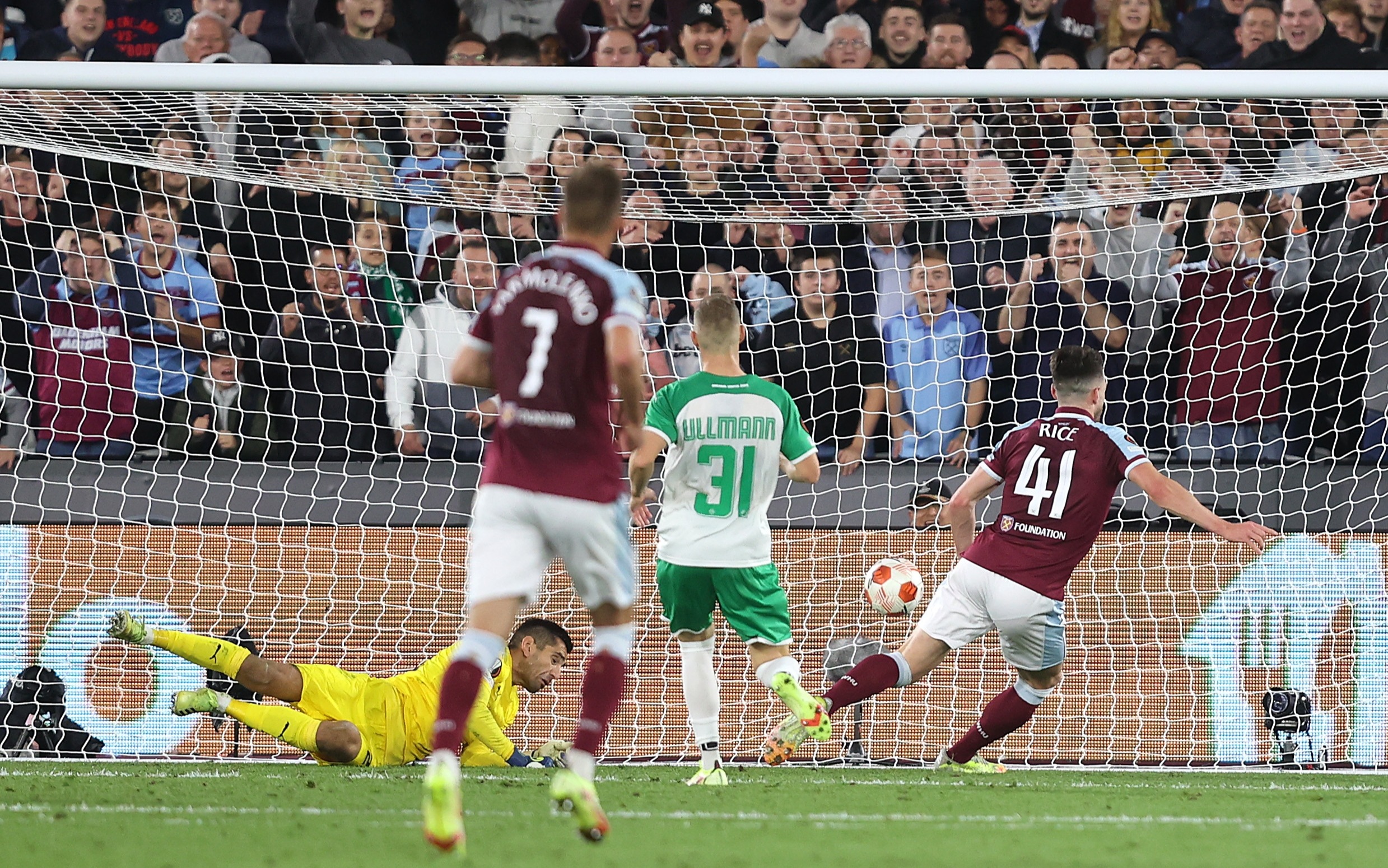 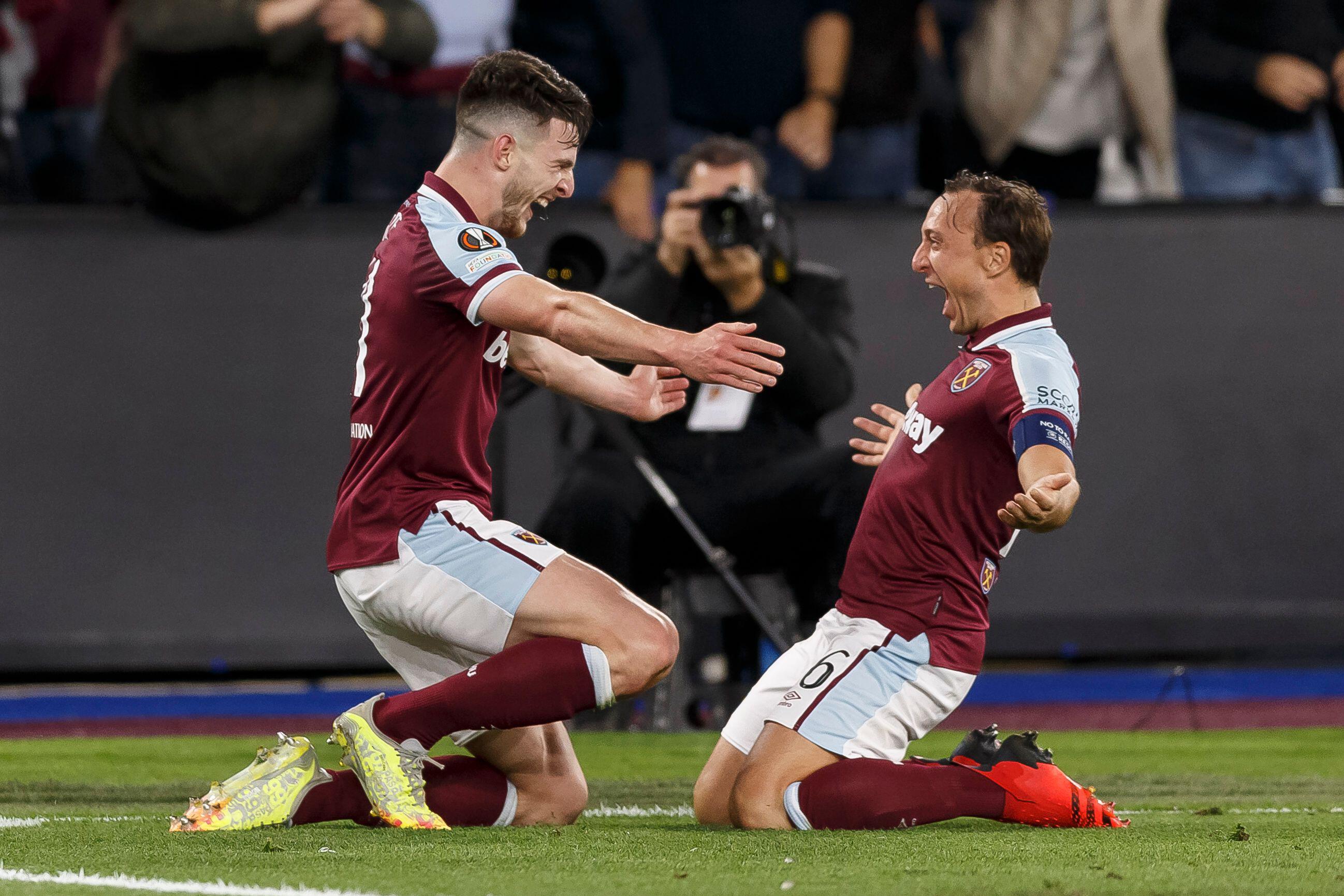 Having scored a brilliant solo goal in the win at Dinamo Zagreb, the England star made it two from two in the Europa League to see off Rapid and leave the Hammers in control of Group H.

And having been hailed as the best young midfielder in Europe by his boss this week, the 22-year-old is doing his talking where t matters – on the pitch.

It may only be a lesser tournament for the giant clubs in England, but for West Ham being in the Europa League means everything to them.

Qualification for the competition and the impressive start the team has made this season have ensured a real feel-good feeling around the club.

That celebratory feeling extended to the club using their first home game in the tournament to paid tribute to the side who won the European Cup-Winners Cup back in 1965.

On Wednesday a statue of heroes Bobby Moore, Martin Peters and Sir Geoff Hurst was unveiled – and the World Cup hat-trick scorer chose the occasion to tell current star Rice to go and win the competition this year.

That may be an ask too far for a side still growing under David Moyes, but even if they do fall short you can be sure it won’t be for the want of trying.

They set about Rapid with a real purpose despite Moyes being able to make seven changes to the side which beat Leeds on Saturday, with Mark Noble returning as captain.

Every Noble appearance in his final season is special for some, but on the pitch the baton has already been passed on to Rice who is the real leader of this emerging team.

And it was Rice who almost headed the Hammers into an early lead when he met Aaron Cresswell’s free-kick from the left with a glancing header which cannoned back off the foot of the post.

Noble actually took a while to get up to the speed of the game, and one lapse when he was caught in possession on 14 minutes allowed Taxiarchis Fountas to test Alphonse Areola with a low drive from the edge of the box.

But generally the Austrians offered little by way of attacking threat, the only question was if West Ham could find a way to unlock their defence.

Set-pieces were a clear opportunity, with Cresswell causing problems every time he whipped in a ball from either side.

And it was one such corner from the right, after he had avoided a bottle top thrown from the Vienna fans, which saw Craig Dawson power in a 27th minute header – only for the Hammers to be denied by the post for the second time in the game. 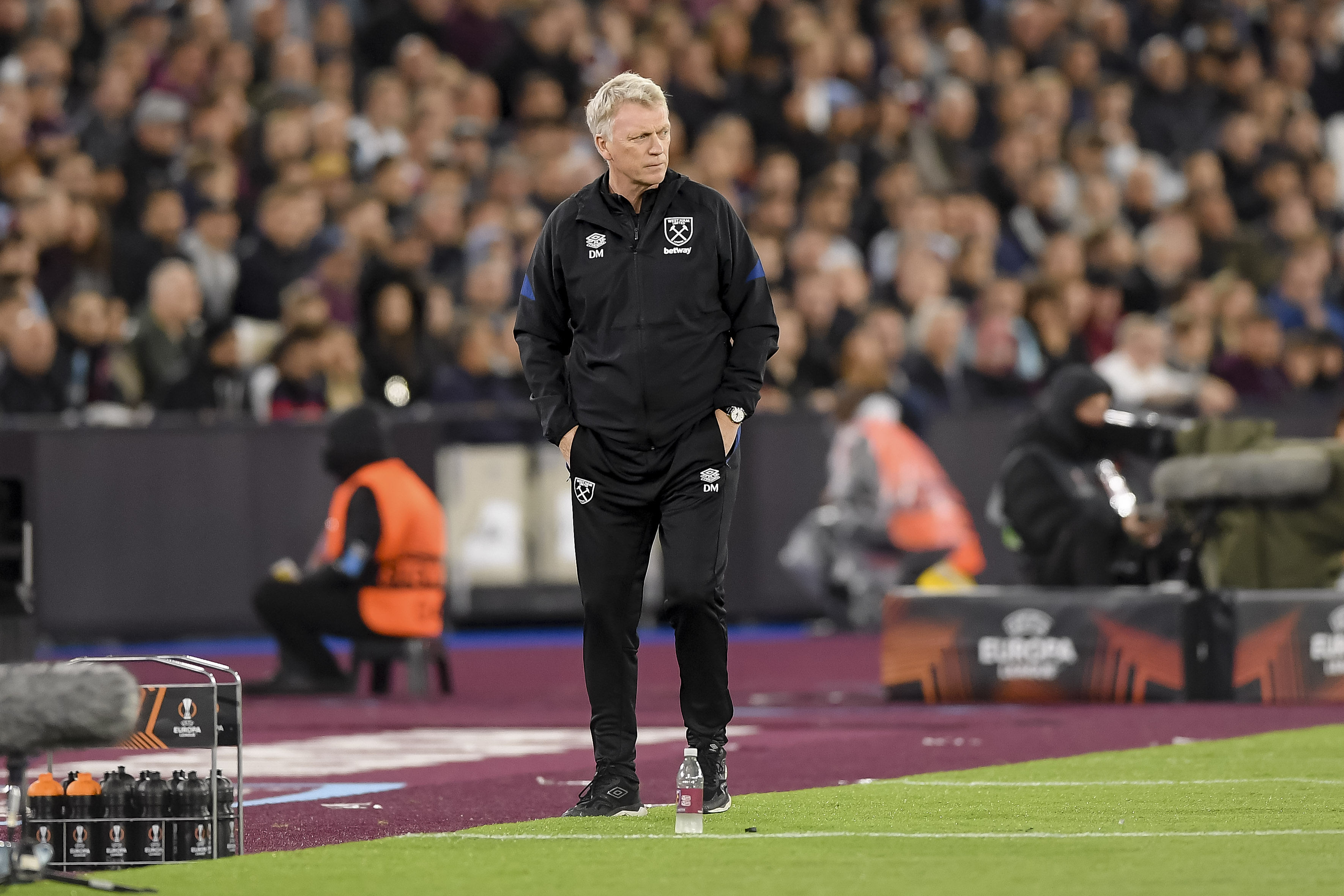 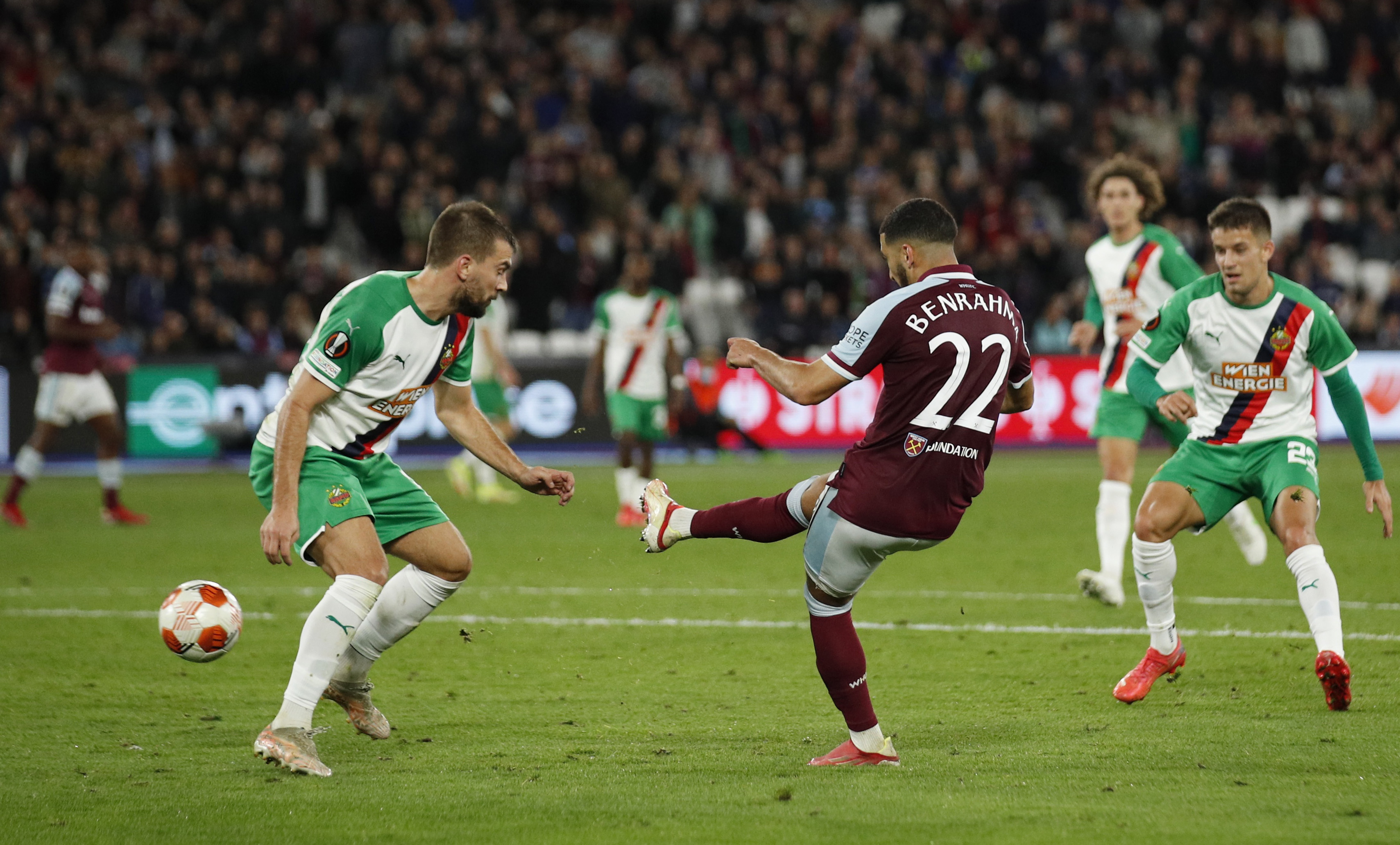 Two minutes later, though, the deadlock was broken as Andriy Yarmolenko’s ball was controlled on the chest by Michail Antonio before crossing low for Rice to tuck home into the back of the net – leading to fan violence from the away end.

Vienna supporters attempted to storm the home section, while water coolers were thrown along with other objects.

The second half largely played out without any real incident, the Hammers going through the motions and clearly saving themselves for the visit of Brentford on Sunday.

But on 72 minutes Vienna suddenly thought they had a way back into the game when they were awarded a penalty – but German ref Tobias Stieler changed his original decision when video showed Ben Johnson had made no contact with sub Marco Grull who tripped himself up.

Then sub Jarrod Bowen spurned a great chance to seal the win minutes from time as he rounded keeper Paul Gartler only to scoop his effort over the empty goal.

But in stoppage time the Hammers did find a second as Bowen fed Said Benrahma breaking into the box and he cut back before rolling the ball into the far corner.