Welcome to the Kevin Durant and Jayson Tatum show. 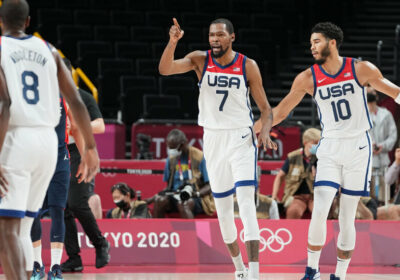 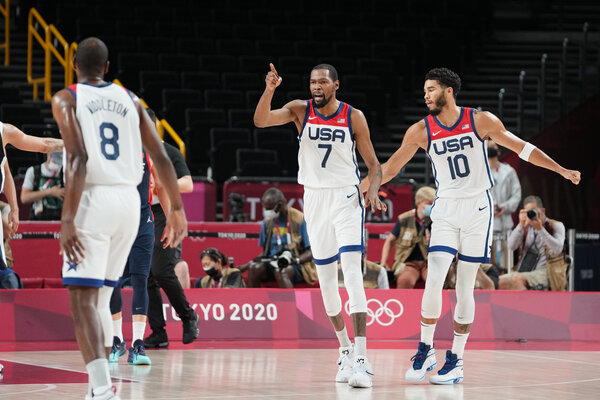 It goes without saying, but having Kevin Durant on your team is a very nice luxury.

His 21-point performance in the first half has pushed the United States to a 44-39 lead over France in the gold medal men’s basketball game.

Jayson Tatum took control of the Americans’ offense for a spell while Durant took a rest early in the quarter. When Durant returned, the two of them essentially took turns finding their shots.

Tatum finished the half with 11 points, making five of his nine shots from the field. Khris Middleton was the only other American player with a field goal in the quarter.

France took a timeout with about six and a half minutes remaining to try to sort themselves out. But it didn’t help much. Durant finished a two-handed dunk on the ensuing American possession, as the Americans kept attacking the rim.

What helped the most, though, might have been the way the United States tightened up on defense, swarming everywhere, getting their hands on everything. France, in response, struggled to find ways to the basket. They trailed by as many as 13 points, but edged back late to cut the lead before the buzzer.

Rudy Gobert leads France with 13 points to go with 11 rebounds.