The Spaniard, who played with Argentine genius Messi during two spells at Barcelona, coolly rolled home his first on 18 minutes. 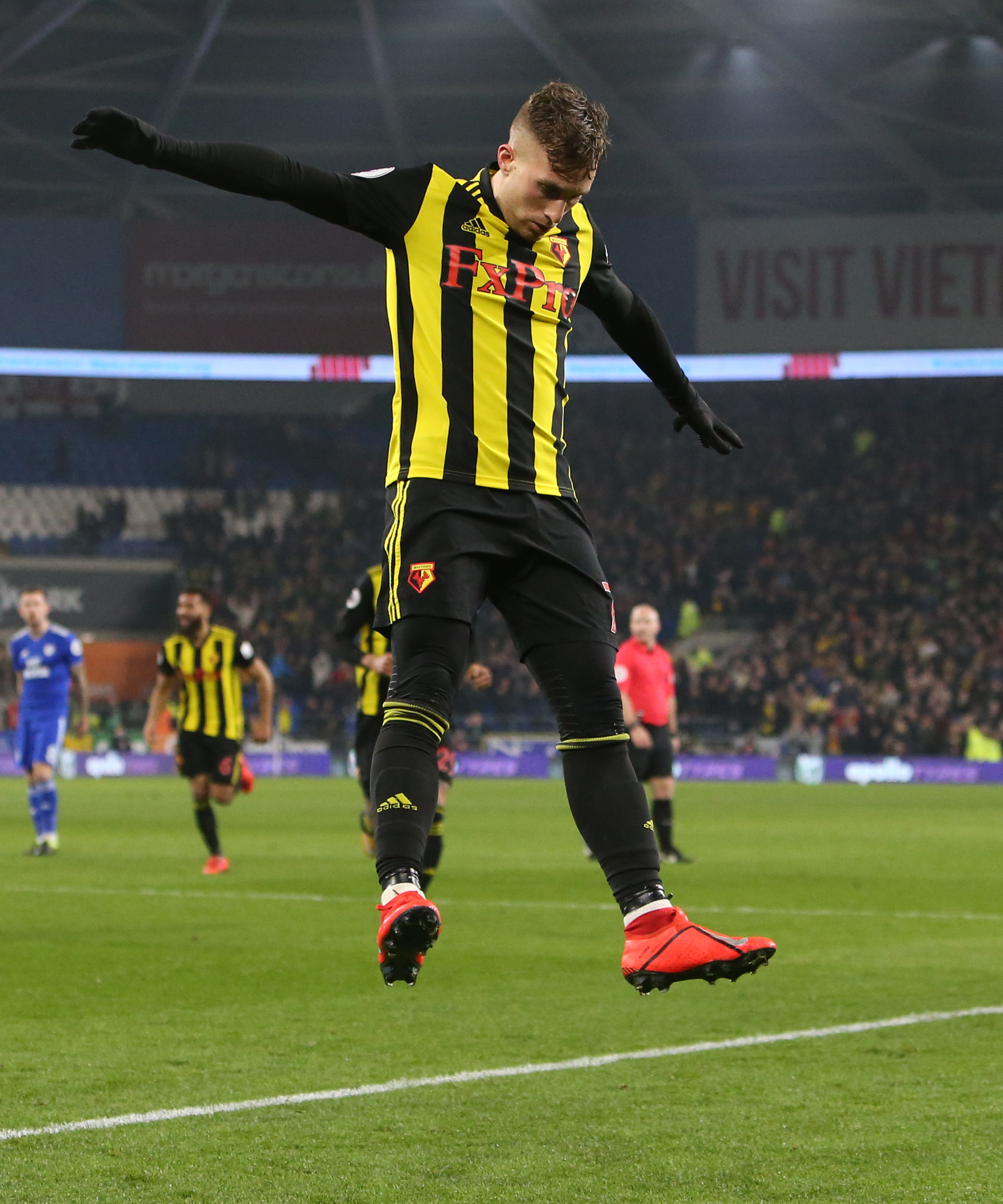 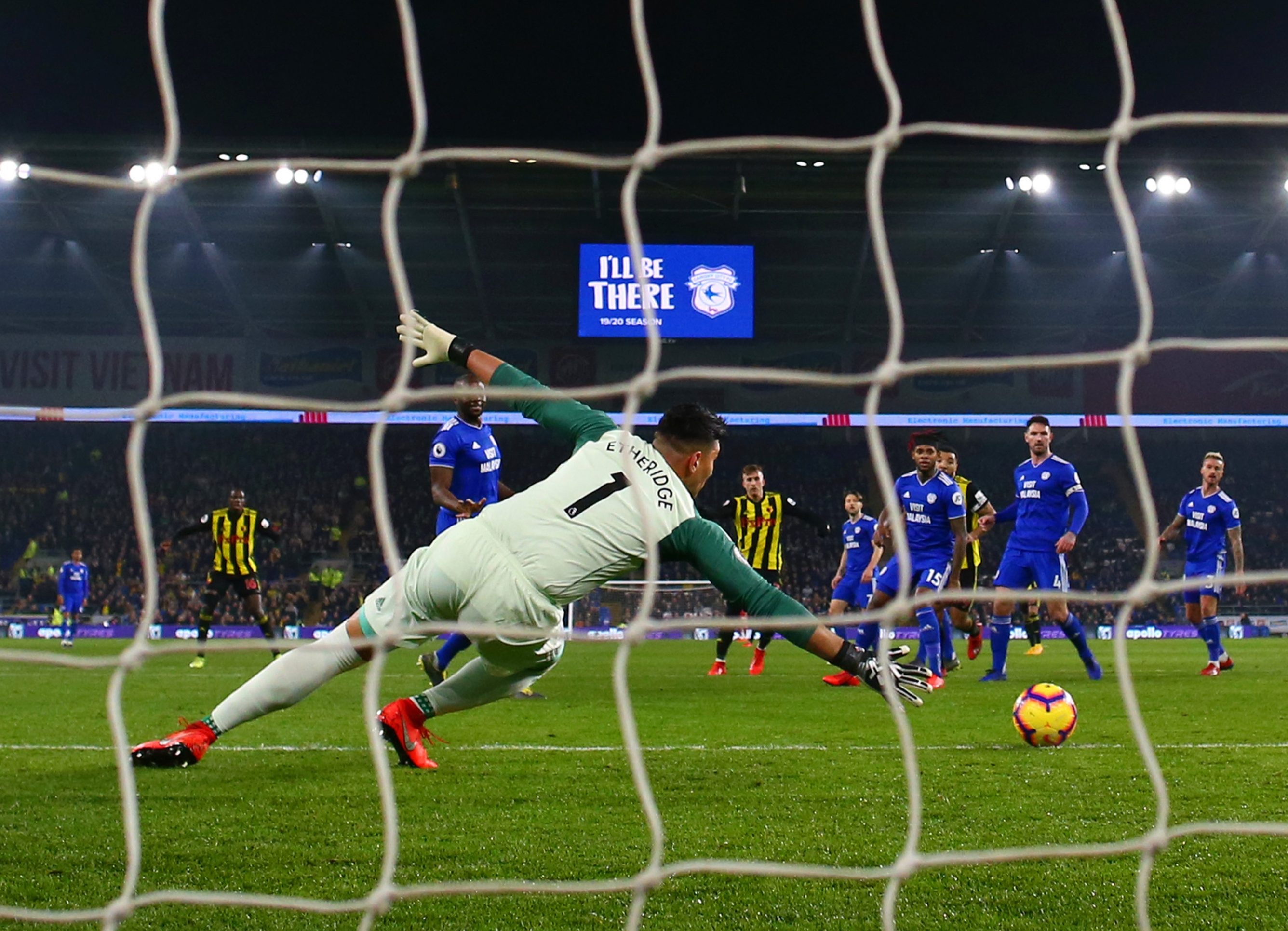 He raced from the halfway line before rounding the keeper for a stunning second just after the hour.

And the 24-year-old completed his first senior treble two minutes later with a clever dink.

Deulofeu even grabbed an assist as he teed up Deeney for a fourth, before Sol Bamba salvaged a semblance of pride late on.

The emphatic win lifted Watford to seventh in what is turning out to be a memorable season under Javi Gracia. 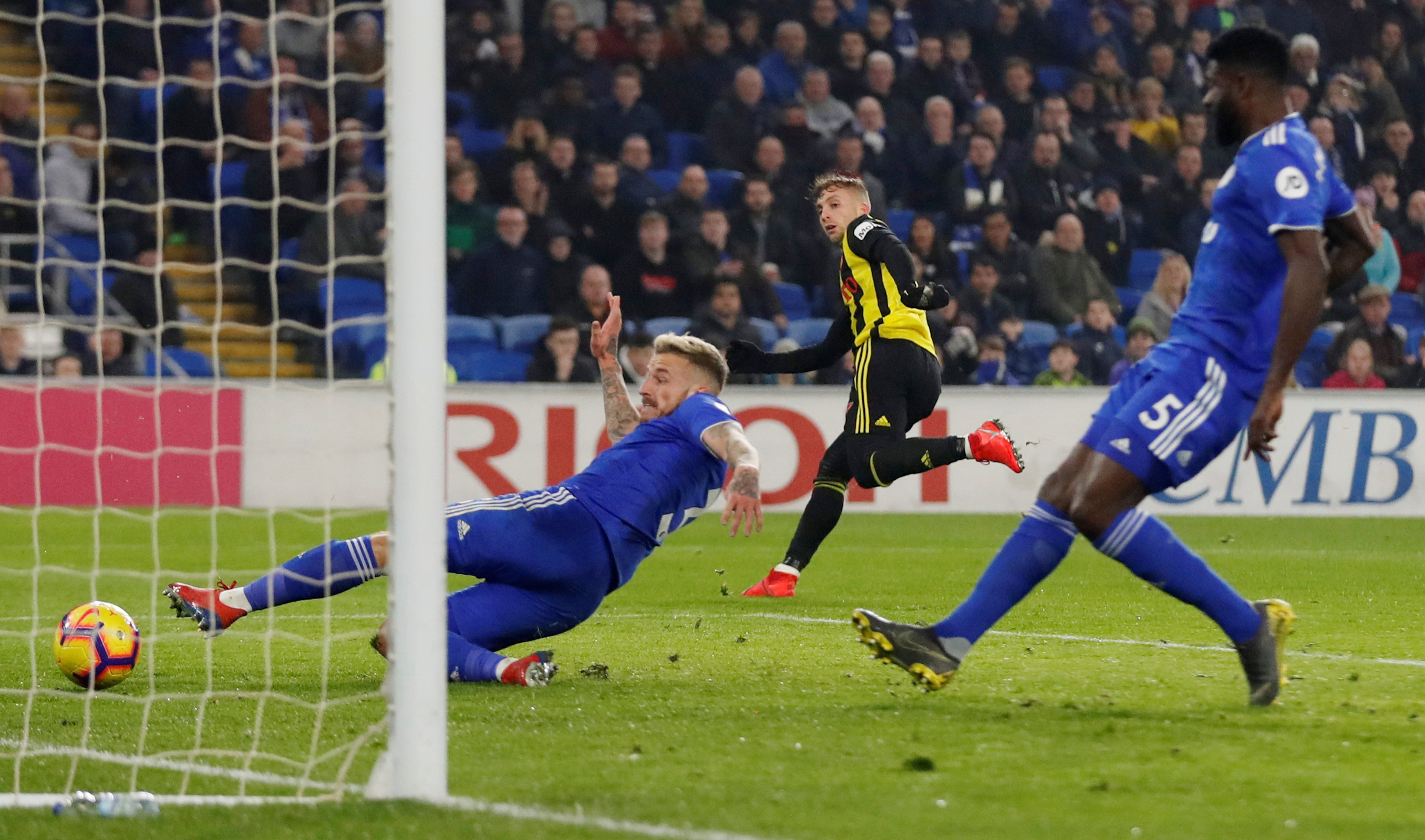 The former Malaga chief, 48, has also guided the Hornets to the FA Cup quarter-finals where they will face Crystal Palace next month.

Deulofeu has played his part in a more advanced role this term behind Deeney – but it was here he really shone.

It left Neil Warnock, who had labelled Watford the best side outside of the top six before kick-off, heading back to square one after two successive Premier League victories.

If Southampton claim a point at the Emirates on Sunday, the Bluebirds will be back in the drop zone. 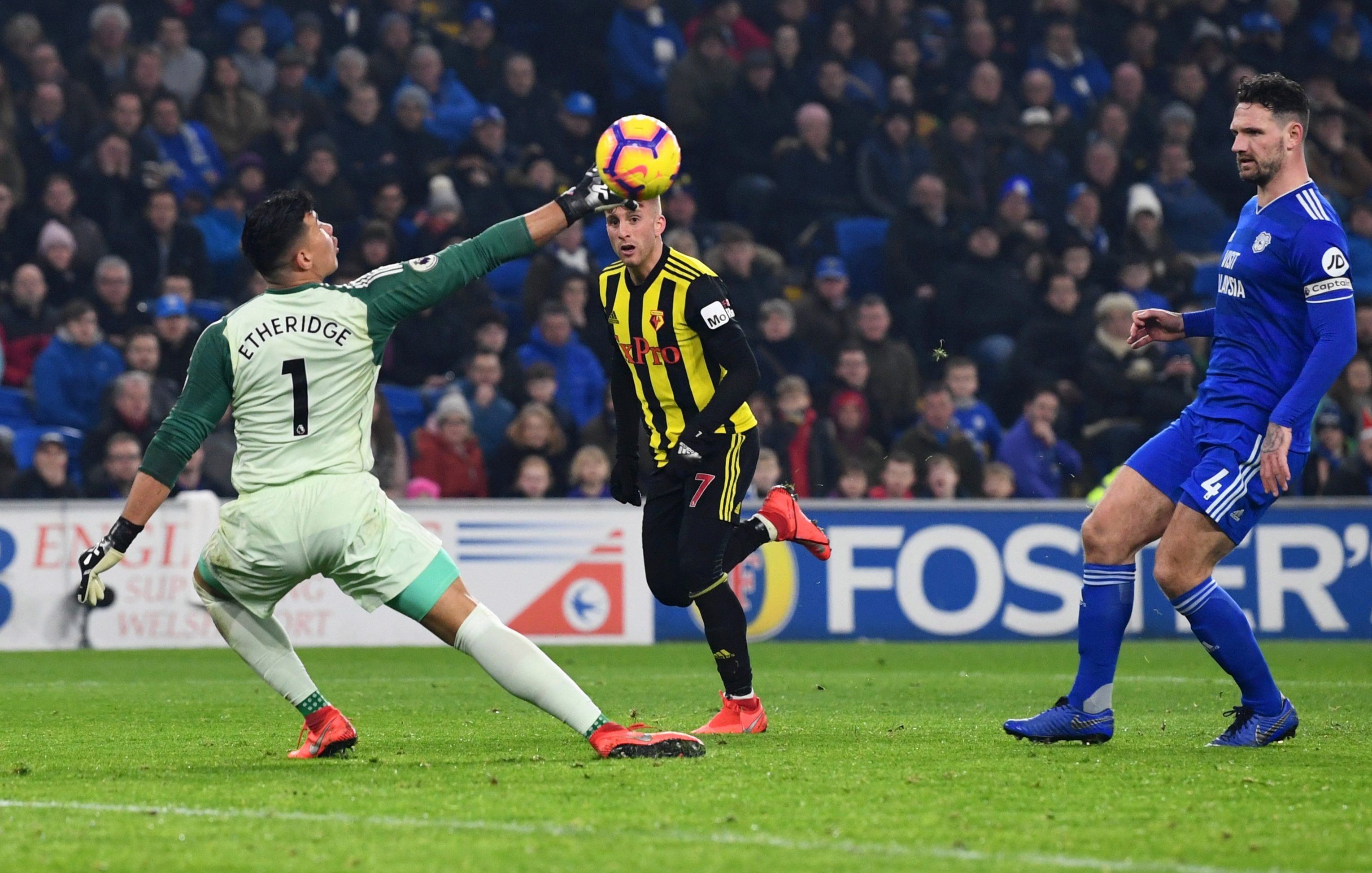 This was Cardiff’s first home game since the confirmation that record signing Emiliano Sala had tragically perished in a plane crash.

The murkiness of the Argentine’s £15million transfer has seen the Bluebirds hold off on paying Nantes until they are satisfied with answers surrounding his death.

Willie McKay, the agent who brokered the deal, insisted to SunSport on Thursday that it was “clean”.

The Scot wants a public meeting with Cardiff boss Neil Warnock, chairman Mehmet Dalman and chief exec Ken Choo to clear it up.

Warnock, who attended Sala’s funeral last weekend with Choo, described the past few weeks as “extremely traumatic” in his programme notes and thanked fans for all their support.

Fans paid tribute to another life ended far too early with a minute’s applause for former player Matthew Brazier, who passed away from cancer last week aged 42. 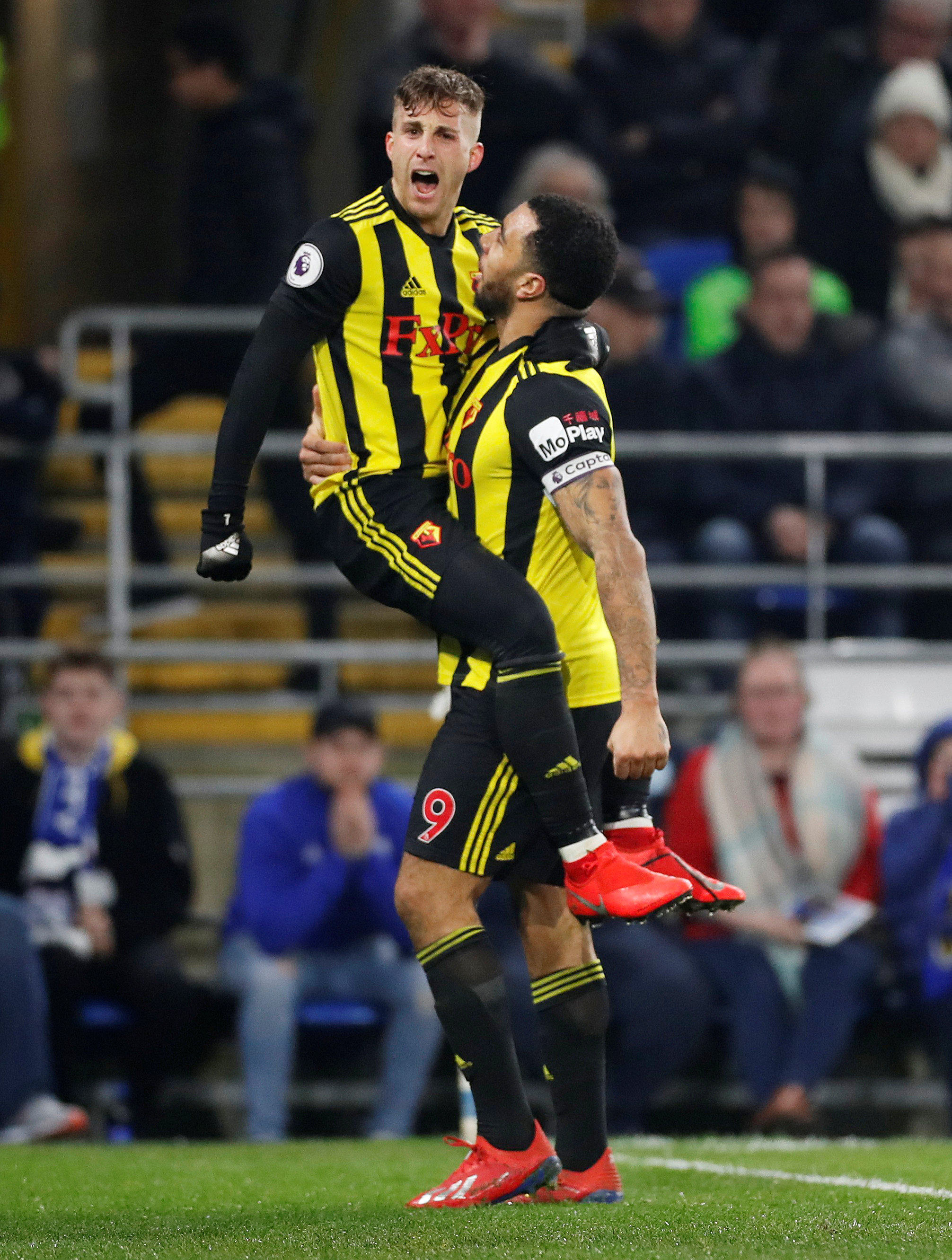 Watford confirmed an “amicable” agreement with Everton over compensation, said to be £4million, for former boss Marco Silva ahead of the game.

On-loan Toffees striker Oumar Niasse had the first proper chance on 16 minutes as he tried to prod it past Ben Foster from close quarters, but the ex-England stopper stood strong.

Two minutes later, the hosts were behind.

Warnock’s defence, so strong throughout much of their stubborn season, failed to dispossess Deeney on the edge of the area and eventually the ball fell for Deulofeu, also an ex-Toffee, to slot home.

Cardiff had very little cutting edge but should have had a spot-kick with three minutes of the first half to play.

Jet-heeled Josh Murphy raced onto Niasse’s pass and was taken out by Janmaat just inside the box in what looked like a blatant foul – yet Hooper waved play to continue. 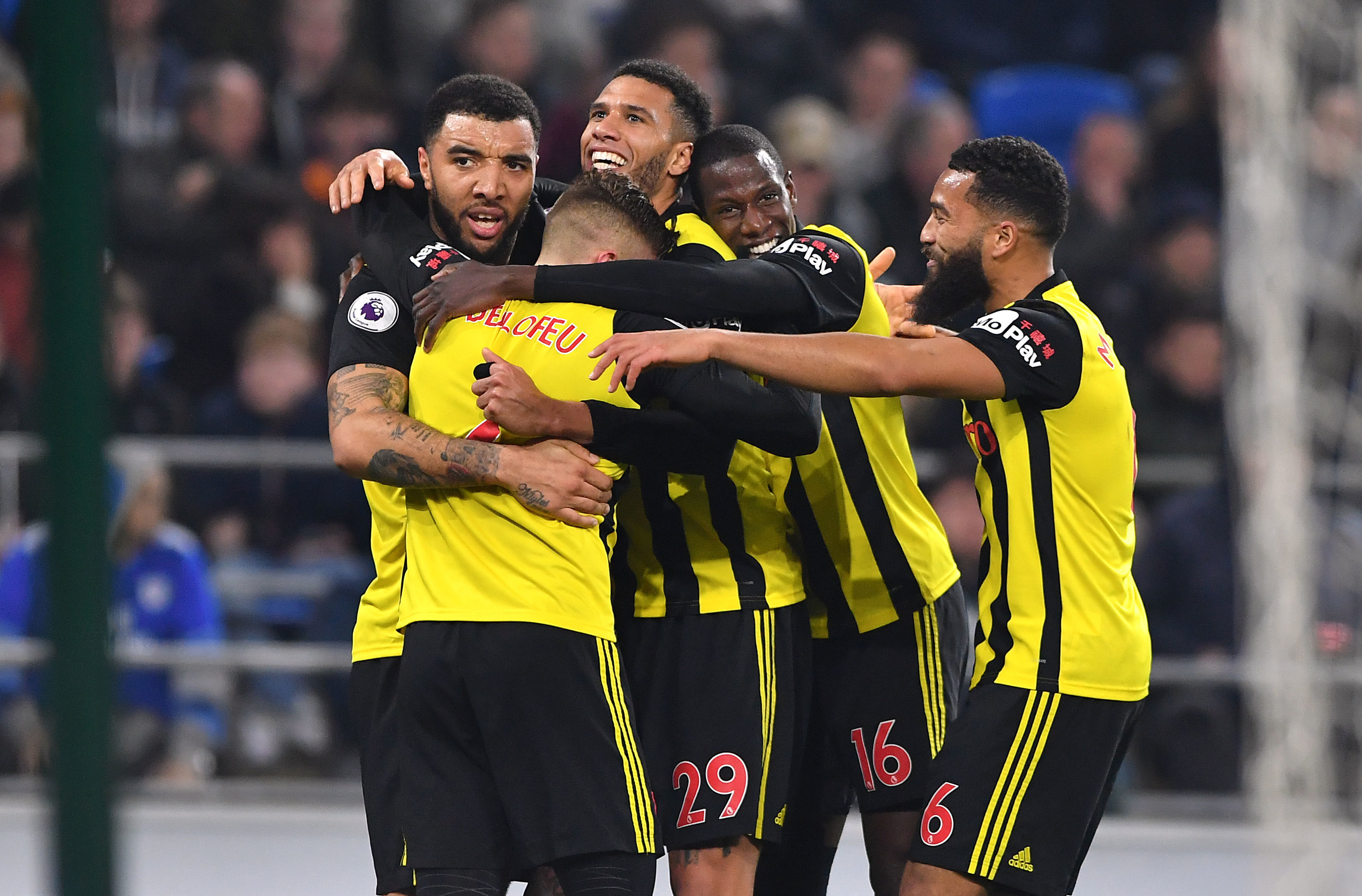 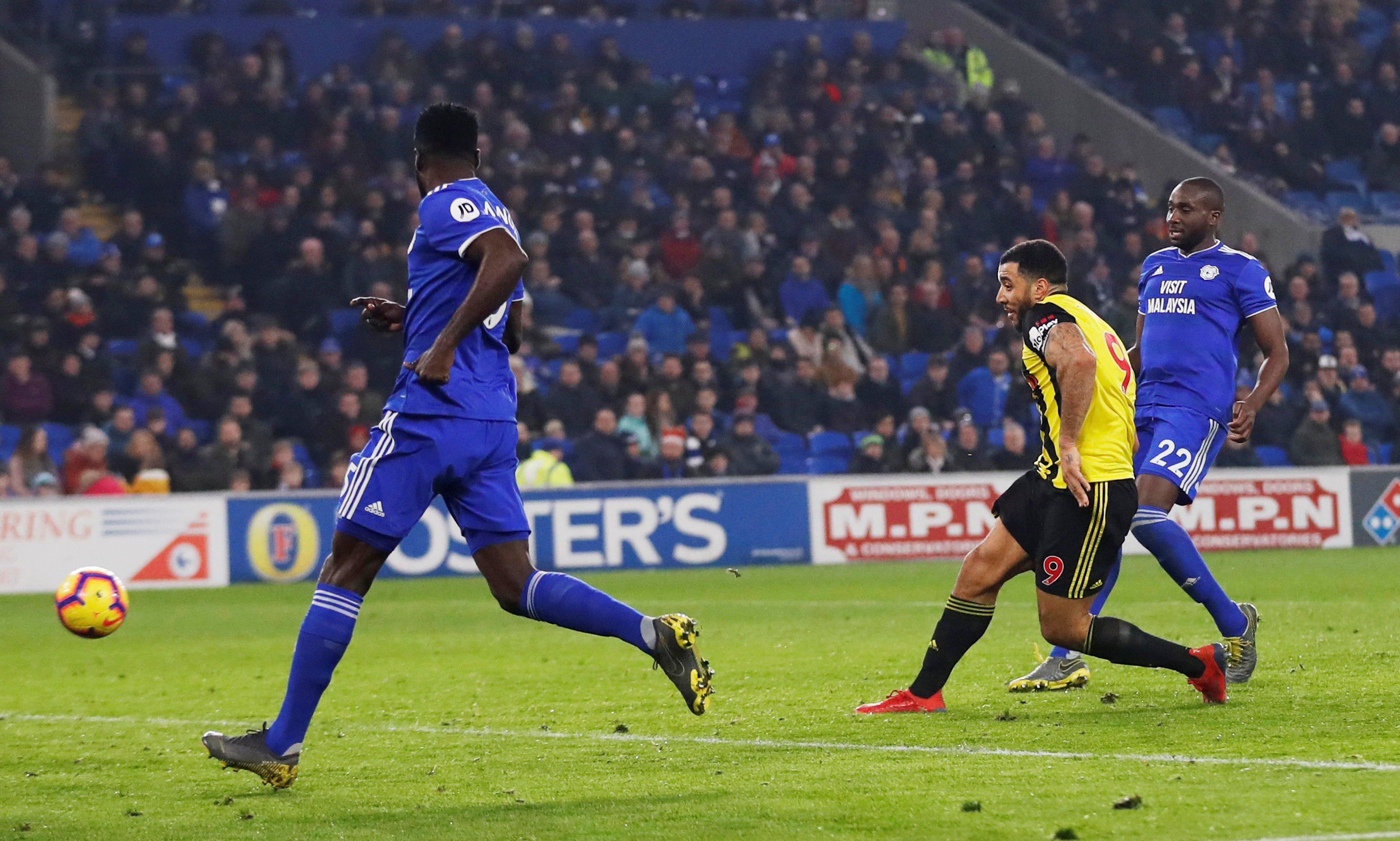 Warnock went ballistic on the touchline, remonstrating with the fourth official with hands on head while Harry Arter led the players’ protests to Hooper on the pitch.

There could be no complaints about Watford’s second-half dominance, though.

Bruno Ecuele Manga was caught flat-footed on the halfway line just after the hour, allowing Deulofeu to breeze past, approach the box, round Neil Etheridge and fire into the net.

Two became three two minutes later as Etienne Capoue found Deulofeu on right-hand side of the box and the ex-Milan and Sevilla ace lifted the ball into the corner.

Deulofeu’s work was not done as he cut back for strike partner Deeney to rattle home a fourth. 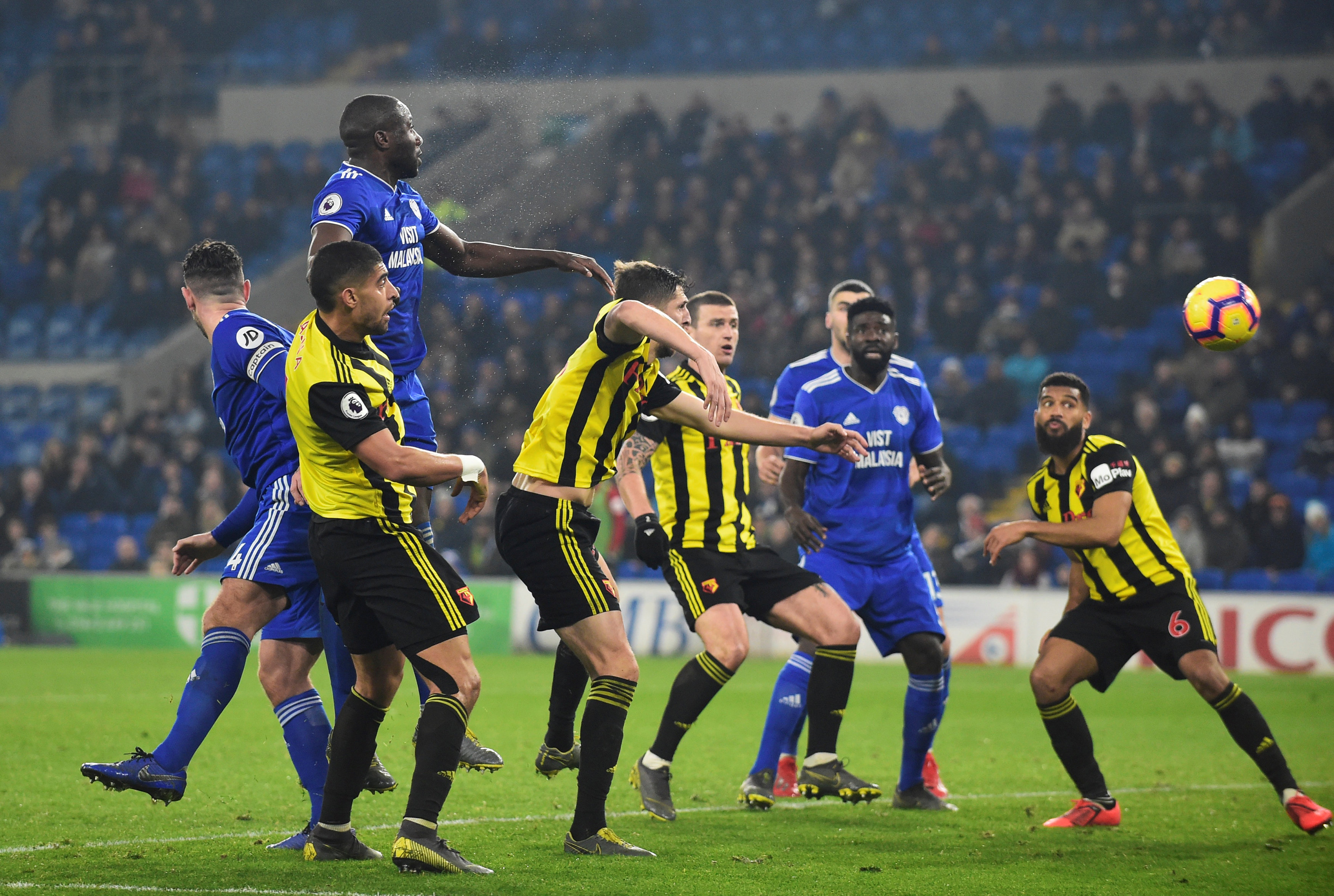 Bamba did squeeze home from a few yards with eight minutes to go but it was only a consolation.
Deeney grabbed his second deep into injury time as he turned home Will Hughes' pass from close range.
It meant Cardiff have been thumped 5-1 at home twice this season – having been on the end of the same scoreline to Manchester United in Ole Gunnar Solskjaer's first game.

Warnock had said before the game that winning three Premier League games in a row would be “nigh-on impossible” for Cardiff.

And so it proved to be, thanks to Deulofeu.