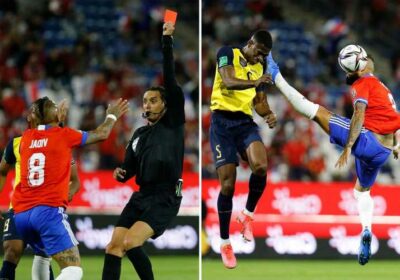 ARTURO VIDAL was sent off for a horror FLYING KICK to an opponent’s head as Chile’s World Cup hopes hang in the balance. 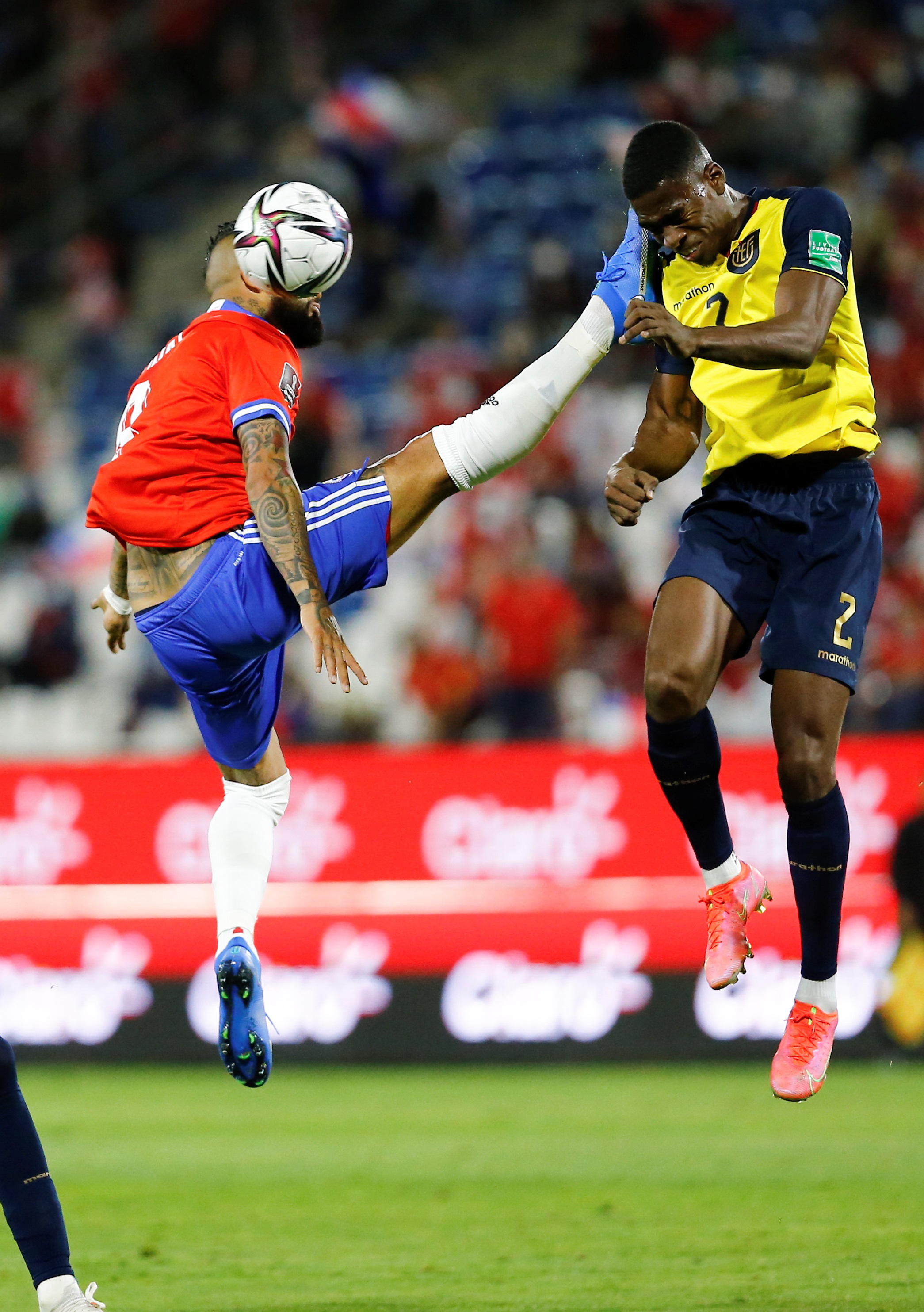 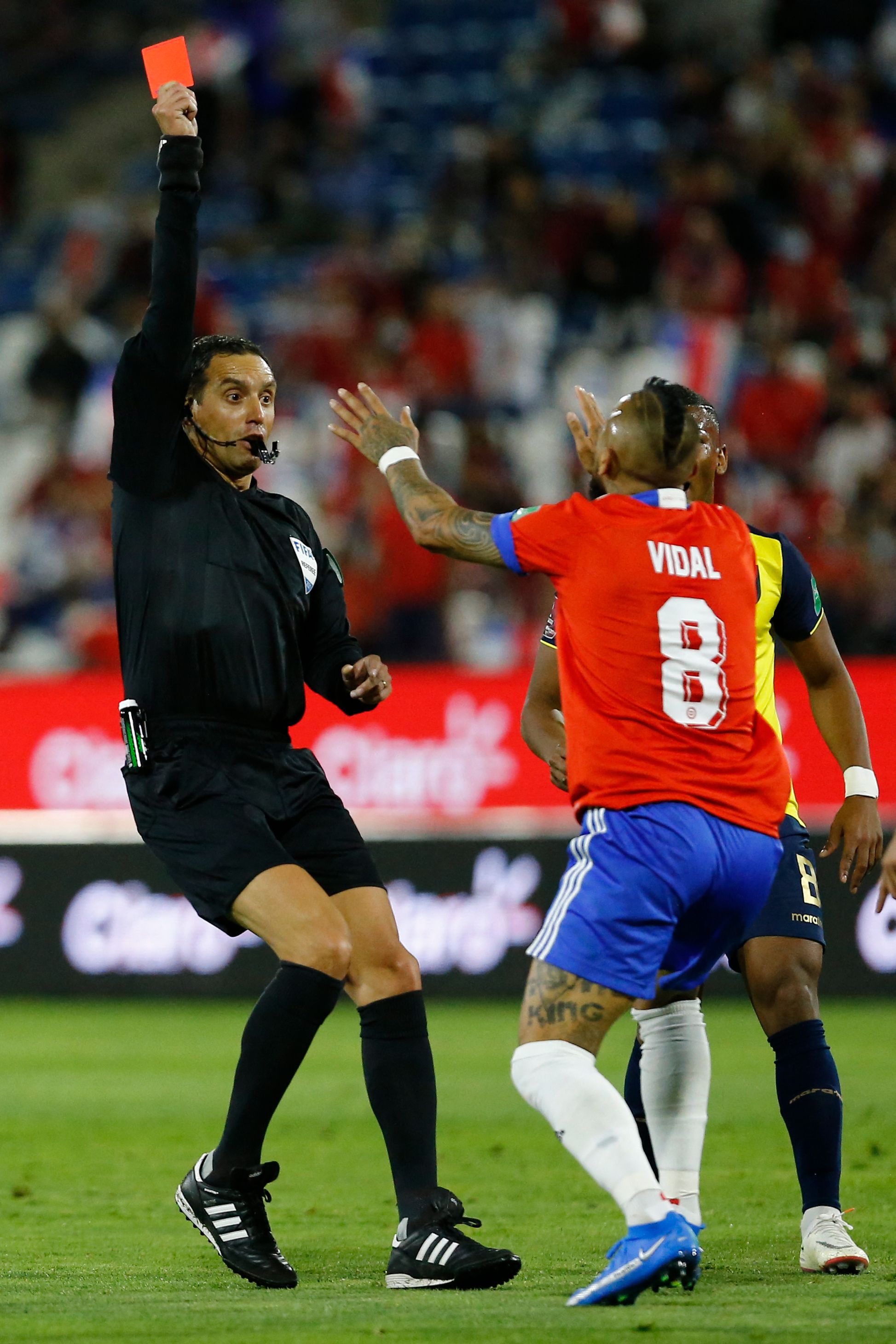 Chile’s night got off to the worst possible start as Pervis Estupinan handed the visitors the lead just nine minutes into the game.

Then things went from bad to worse after a quarter of an hour when Inter Milan’s veteran midfielder Vidal was given his marching orders.

The 34-year-old was handed a straight red after a disgraceful high footed tackle that caught Felix Torres Caicedo straight in the head.

The ex-Barcelona star tried to apologise afterwards as his opponent was laid out, but he could now be facing further disciplinary action for the X-rated challenge.

With a man down, Chile were unable to mount a comeback and could onlyproduce two shots on target all game.

And they were punished in the third minute of additional time as Moises Caicedo doubled Ecuador’s advantage.

Afterwards a number of fans slammed Vidal on Twitter, with one claiming: “Vidal has to be one of the stupidest players ever.”

The 2015 and 2016 Copa America winners now only have four matches remaining in order to overtake Peru or Colombia to climb into the qualification places.

The South American nation failed to reach the 2018 edition of the tournament in Russia.

They are currently sixth in the CONMEBOL group with only the top five teams in the group progressing to the next stage.

Brazil and Argentina, who drew 0-0 last night, have both already sealed their place in Qatar.