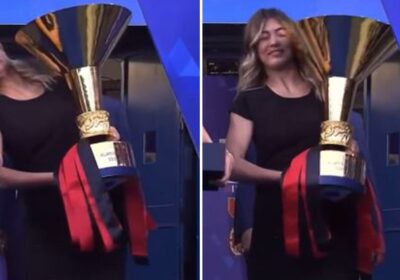 ONE unfortunate Serie A worker was left red-faced, literally, after smacking her face on the league trophy.

The nasty surprise came as she walked onto the field with the prize following AC Milan's title triumph, which Chelsea flop Tiemoue Bakayoko marked by puffing on a cigar. 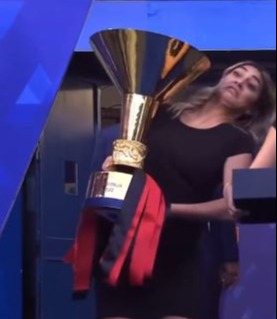 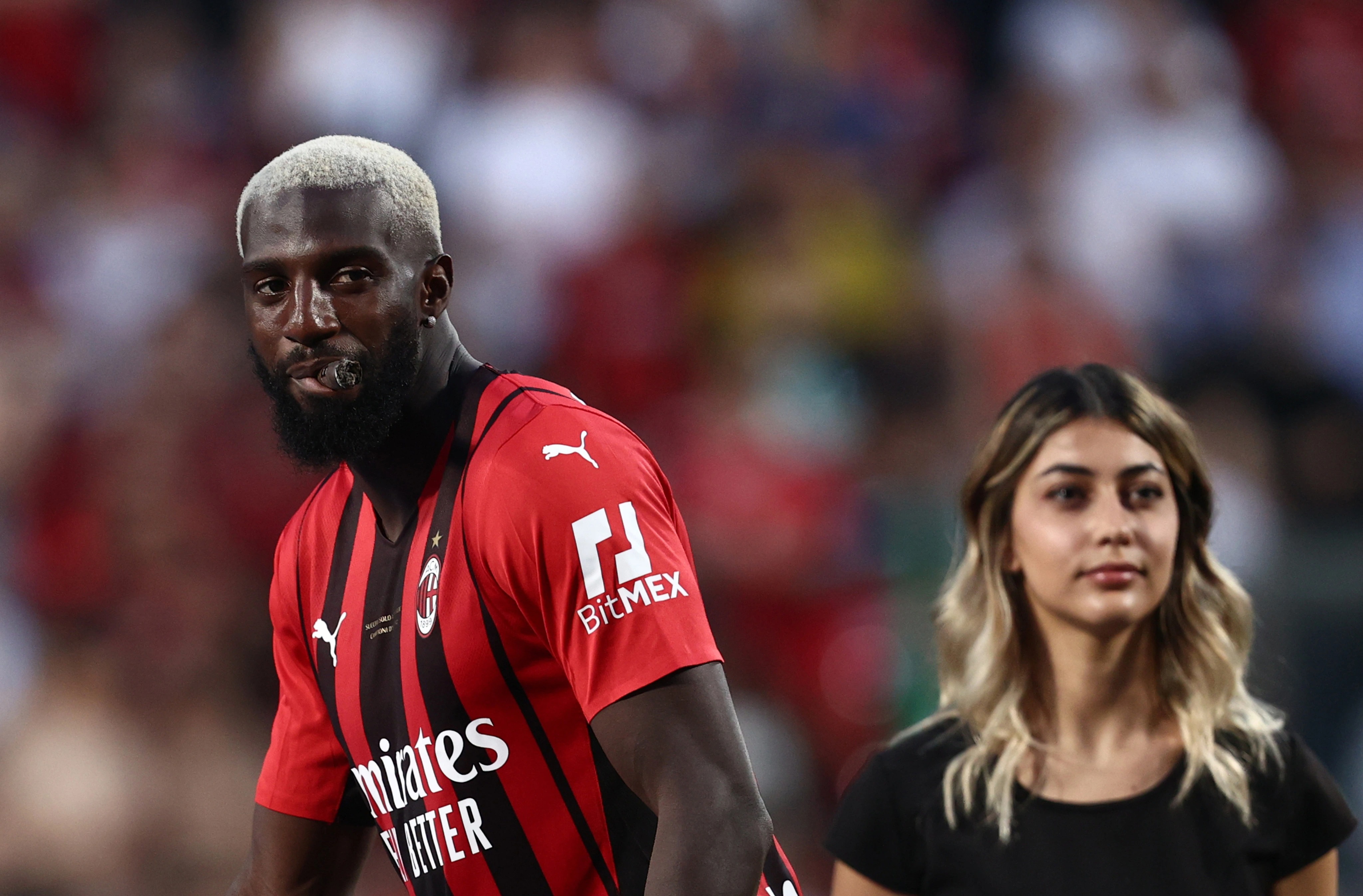 Emerging from the tunnel at the Mapei Stadium with the enormous trophy in hand, she failed to spot an advertising board.

And as the trophy banged off the hoarding it rebounded to whack her square in the face and completely ruin her big moment.

To her credit the Serie A worker managed to take it all in her stride – but it did not go unnoticed to the official who walked behind her.

He couldn't help but chuckle as his ill-fated colleague bravely soldiered on.

Mbappe was ‘in talks’ with Liverpool, Mane reaches Bayern ‘breakthrough’

She even somehow managed to force a smile as she walked out onto the pitch.

Fortunately it seems both she, and the trophy, escaped without any lasting damage.

The trophy was presented to AC Milan at Sassuolo's Mapei Stadium after Stefano Pioli's side secured a 3-0 victory away from home to beat city rivals Inter Milan to the title.

Blues forgotten man Bakayoko came onto the pitch for the celebrations smoking on an enormous cigar.

OUT OF THE BAG

The 27-year-old only started FIVE games all season in Serie A but nevertheless took centre stage for the trophy presentation.

He high-fived fans with one hand as he held onto the cigar with the other.

AC Milan team-mate Zlatan Ibrahimovic also puffed on a cigar on the pitch after securing the Scudetto.

The Swede delivered a dressing room talk that sent his colleagues wild and flipped a table to kickstart the title celebrations.