TIGER WOODS' reign as Masters champion came to an excruciating end as he ran up a TEN on the short 12th hole at Augusta.

That is not only Woods' worst ever score at Augusta, it is his worst anywhere in his 24-year career as a professional. 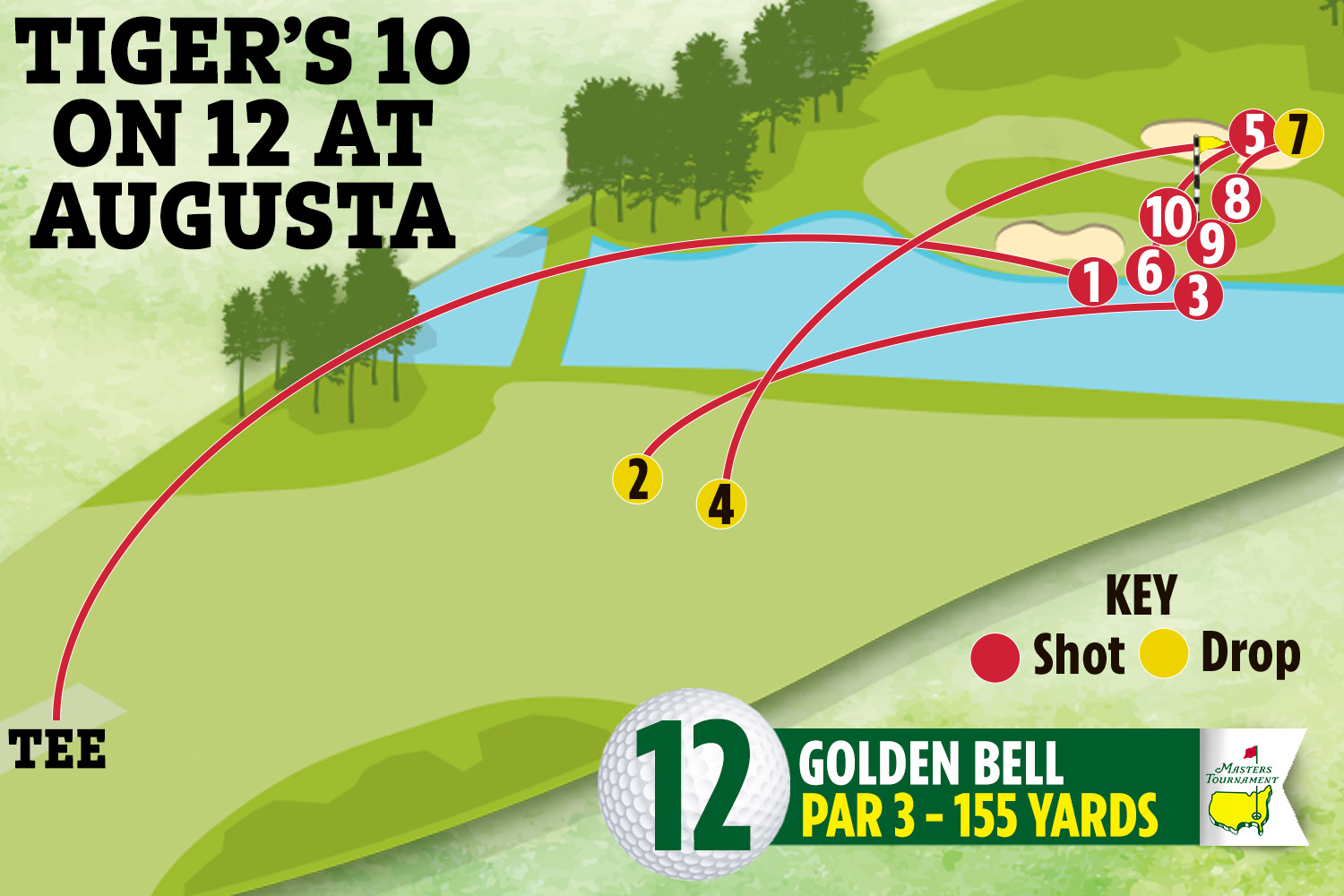 Woods, 44, put three balls in the water at the 155 yard-par 3 – the hole where he effectively won his fifth green jacket last year, as four of his rivals found the water while he managed to make par.

This time Woods came up short with his tee shot, and after it splashed into Rae’s Creek, he walked up to the drop zone.

His third shot spun back off the green into the water, and Woods decided to take no chances, hitting his next effort over the green, into the back bunker.

But he made a hash of his bunker shot – his sixth – and that raced across the green into the creek as well.

He then dropped a ball into the same bunker, just about managed to knife it out onto the green, and two putts added up to his first ever double digit score.

His previous highest score at Augusta was a triple bogey eight on the par 5 15th.

And even Gary Lineker joined in with those ribbing Woods with tongue-in-cheek comments.

The England great and Match of the Day host joked: "Tiger Woods takes a 10 at the par 3, 12th. Always thought he was overrated."

Woods, who has won The Masters five times, hardly had much to cheer prior to his nightmare collapse.

He played the front nine in one over and dropped to two over for the day with another bogey on the 10th.

Showing real guts, Woods then picked up further strokes at 17 and 18 – meaning five birdies in his final six holes – to fire a closing four-over 76.