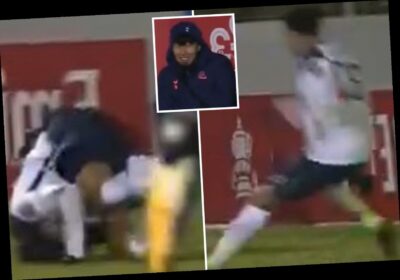 DELE ALLI had the Tottenham bench in stitches with a comical tumble in the FA Cup clash against non-league opponents Marine.

The Spurs star ran the show in the first half for Jose Mourinho's side as they ensured there would be no cup upset with a dominant display at the Rossett Park Stadium. 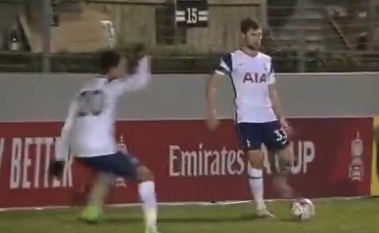 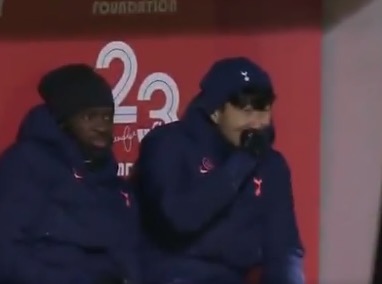 Alli picked out Carlos Vinicius to break the deadlock in the 24th minute before playing a key role in the striker's second of the afternoon.

Tottenham were eager to avoid a humiliating defeat to their eighth-tier opponents and put on a professional display to lead by four goals at the break.

But Alli provided some light relief for his team-mates shivering on the bench by losing his footing.

A clip shared by Match of the Day shows the 24-year-old moving into space to pick up a pass from Ben Davies but just as the ball comes towards him he falls over backwards.

He laughed off the amusing incident by checking his studs.

And Son Heung-min and Sergio Reguilon could be seen chuckling away, while Gareth Bale waves an imaginary yellow card.

Tottenham booked their place in the fourth round with a 5-0 win.

Alli was replaced by Bale midway through the second half after 16-year-old Alfie Devine netted.

The England international has endured a difficult campaign after falling out of favour under Mourinho.

The Marine tie was only his 12th appearance of the season, while he has not started a Premier League game since the opener against Everton.

But his impressive performance in the cup clash will have done his confidence the world of good.

Alli has been linked with a move away from Tottenham in this transfer window.

A reunion with Mauricio Pochettino at Paris Saint-Germain is on the cards.

SunSport reported on Christmas Day that one of Pochettino's top January targets is Alli, who was a regular for Spurs under the Argentine.