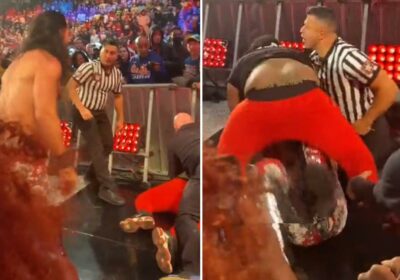 SETH ROLLINS was attacked by a fan during last night's WWE Raw broadcast in Brooklyn.

The American, 35, had just competed with Finn Balor as he headed back into the bowels of Barclays Center. 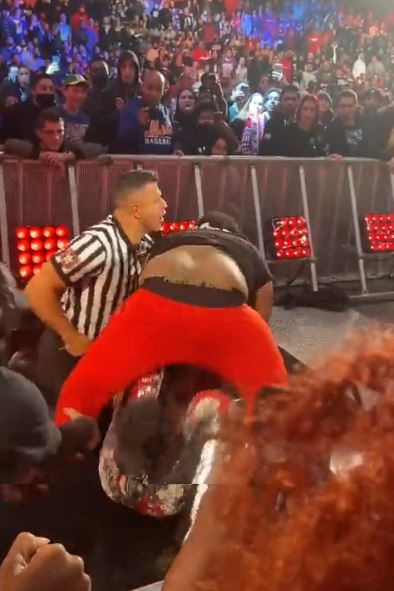 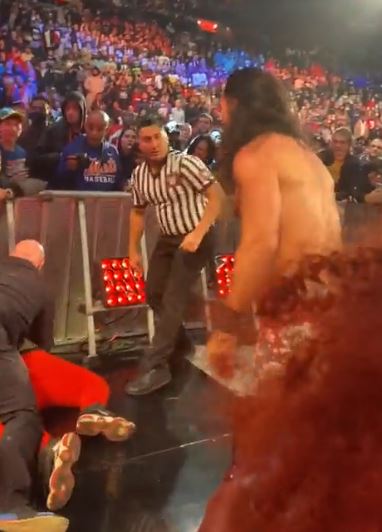 But he was ambushed on his way by a spectator.

The fan hopped the guard rail before charging at the unsuspecting Rollins.

He was able to tackle the stricken star to the floor, before security swarmed around the incident.

Between them they were eventually to pull the aggressor off Rollins.

The NYPD immediately informed ESPN that a 24-year-old had been arrested in connection with the incident and that charges are pending.

Elisah Spencer was later named after being charged with attempted assault and attempted violation of arts and cultural affairs.

Impressively, Rollins kept his cool during the incident, refraining from fighting back once freed from the fan's grip.

The live studio audience chanted 'f*** him up' as the security got their hands on the aggressor.

WWE wrote in a statement that it 'takes the safety of its performers very seriously'.

They then added: "The individual who attacked Seth Rollins has been turned over to the NYPD and will be prosecuted to the fullest extent of the law."

Rollins dusted himself down and continued with the show, featuring in a segment alongside Kevin Owens.

He had been taking part in a tag-team event as part of the WWE's annual survivor series pay-per-view.

Rollins teamed up with the likes of Owens, Balor, Bobby Lashley and Austin Theory.