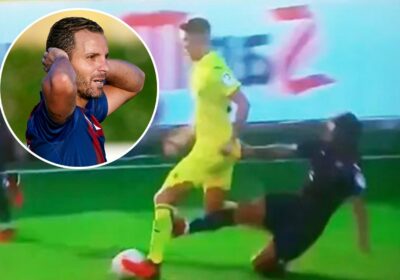 ROBERTO SOLDADO has been slammed for a pre-season horror challenge on Villarreal ace Jorge Cuenca.

The Spaniard was labelled 'cowardly' for his reckless tackle in a friendly match more in name than nature. 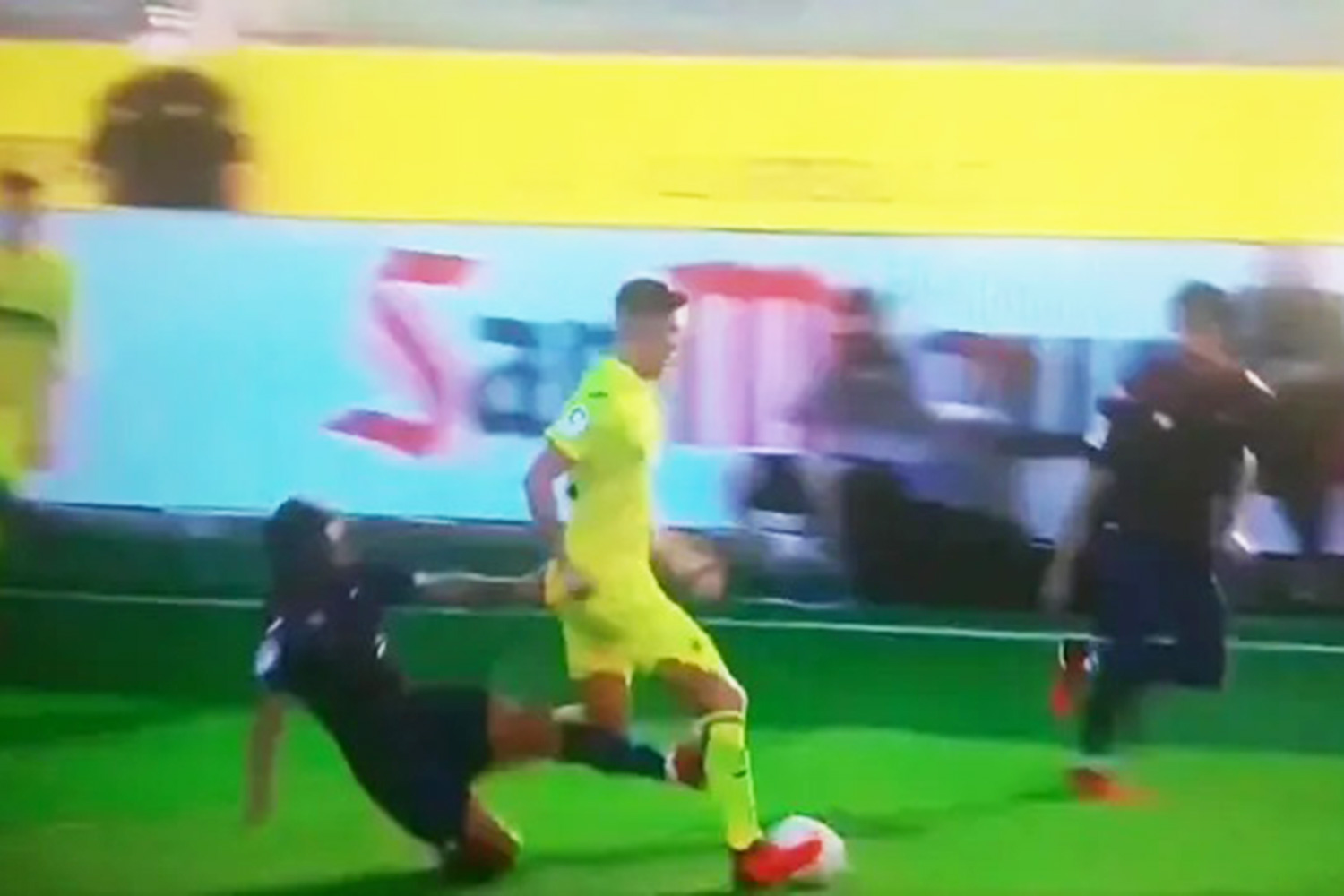 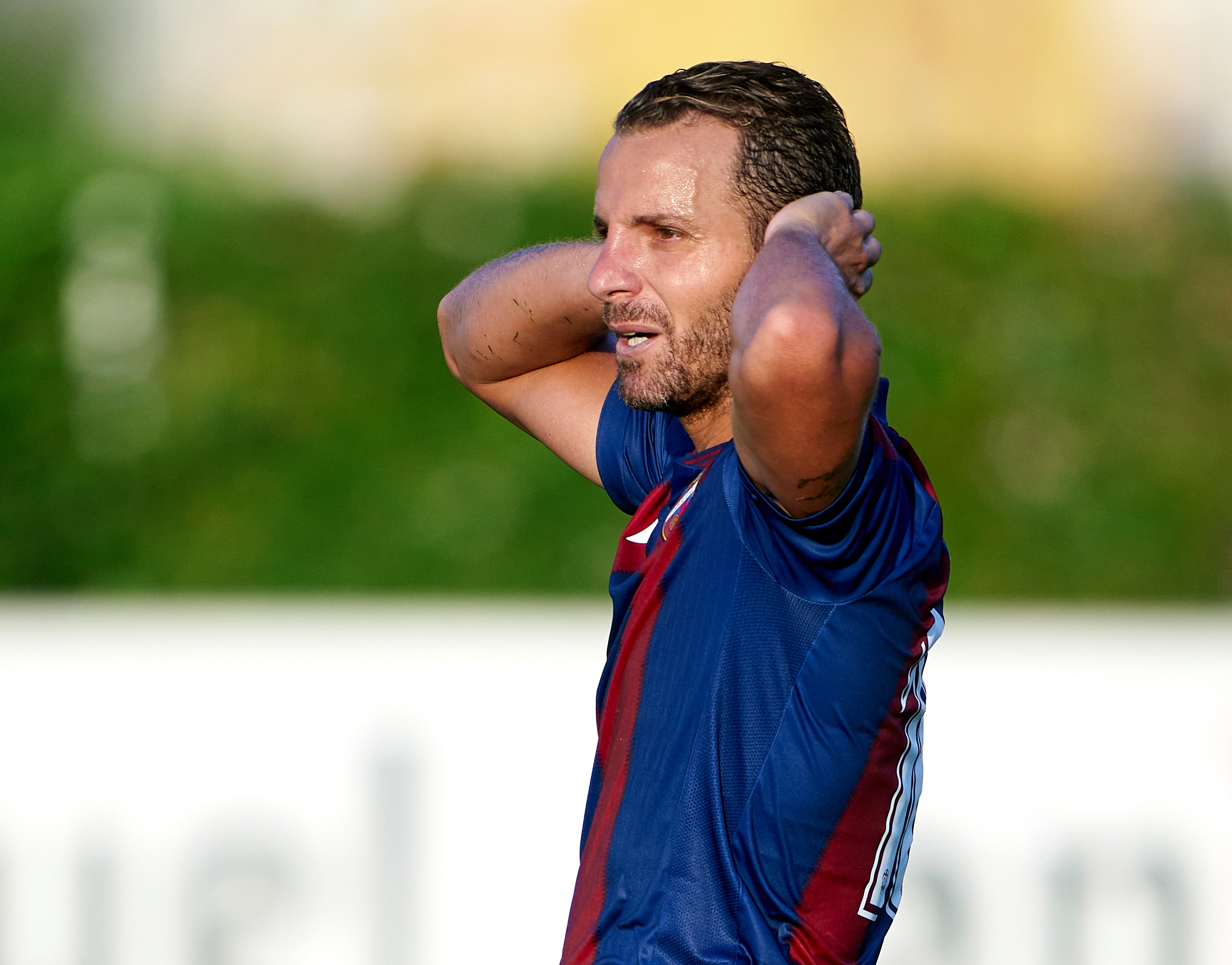 But he has made an appalling first impression if this violent tackle is anything to go by.

Villarreal youngster Cuenca was dribbling forward with the ball, having just beaten Soldado.

The striker responded by disgracefully lunging in at the defender.

Soldado caught Cuenca hard with his studs on the calf, sending the 21-year-old sprawling.

He was somehow not sent off, however, receiving just a yellow card from the referee.

But while the official was lenient, social media has not been.

Author Colin Millar wrote: "This is a nasty, cowardly, pre-meditated challenge from Roberto Soldado in Levante's pre-season friendly against Villarreal.

"Jorge Cuenca could have been seriously injured.

"It should result in a lengthy suspension."

Another fan wrote: "Should be a straight red."