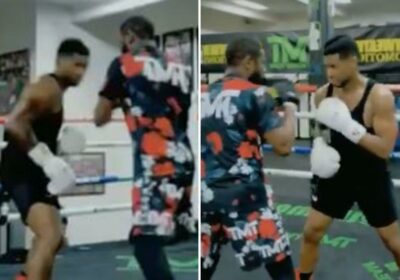 POP legend Usher has been hitting pads instead of high notes as he was put through his paces by Floyd Mayweather.

The R&B sensation was filmed doing gym work in the ring with Money Mayweather having recently taken up a Las Vegas residency. 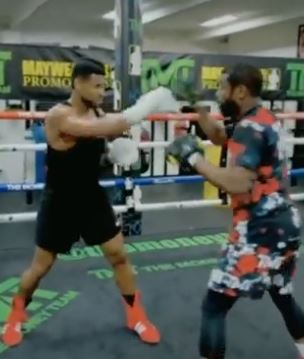 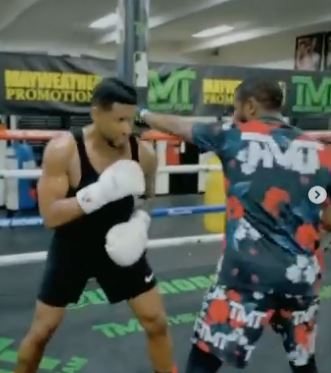 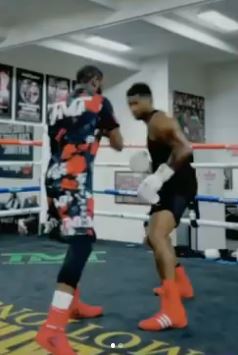 Ringside Views uploaded a video of the pair last Friday.

Usher, 42, can be seen dressed in a blackvest and shorts and bright red boxing boots.

He ducks and dives as Mayweather, 44, swipes at him.

And he then moves into striking the pads as Money raises his hands and offers up targets.

Although a little slower than the pros, Usher looks in excellent shape. 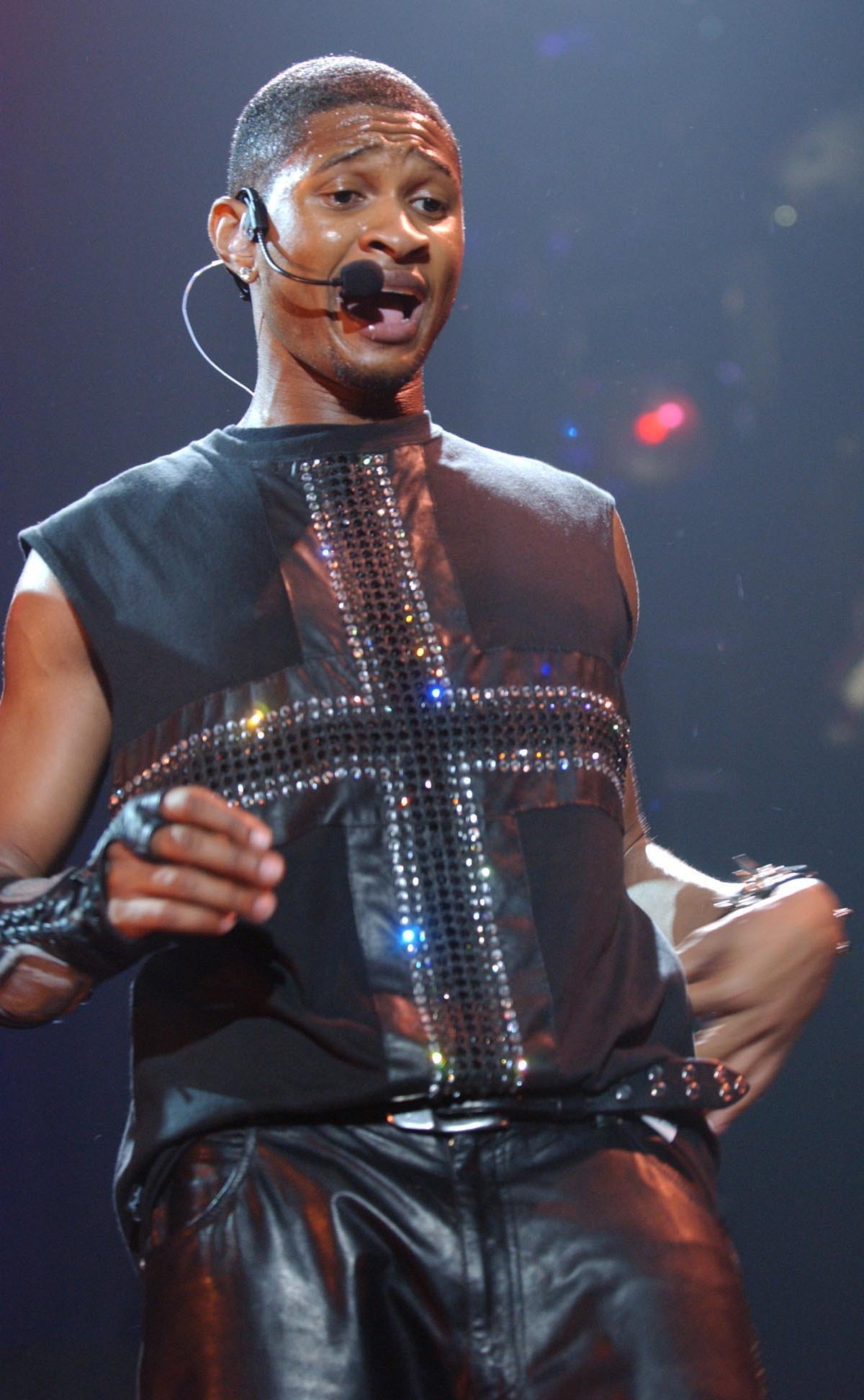 The star, whose hits include Yeah! and I Don't Mind, has recently taken up a residency at Ceasers Palace.

And that could see him spending more and more time with the American boxing legend at his Vegas gym.

He was also seen skating with Mayweather earlier this month.

Ringside captioned the boxing post: "Usher lights up the mitts with Floyd Mayweather.

"He recently took up a Las Vegas residency. In other words, Usher is likely to spend a considerable amount of time in Vegas."

Several fans in the comments called for an exhibition fight between the pair.

Earlier this week it emerged Manny Pacquiao wants a rematch with Mayweather but is not interested in fighting YouTubers Jake or Logan Paul.

The Filipino legend returns to the ring this weekend to face Yordenis Ugas for the WBA welterweight title after Errol Spence Jr was forced to pull out for eye surgery.

The 42-year-old boxing superstar still has his eyes on some huge fights and is in no mood to call time on his career in the ring.

His Hall of Fame trainer Freddie Roach told Sky Sports: "We would like to fight Mayweather one more time.

“But exhibitions? No. Manny is not into that.”