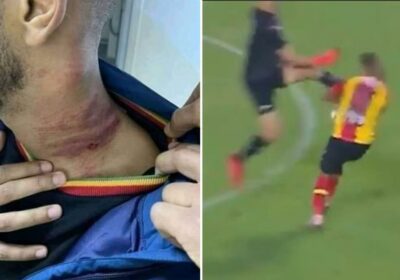 THIS is the shocking moment a goalkeeper was sent off for a horrific tackle so bad that is was branded an 'assassination attempt'.

The outrageous challenge took place during an African Champions League game between ES Tunis and Al-Ittihad. 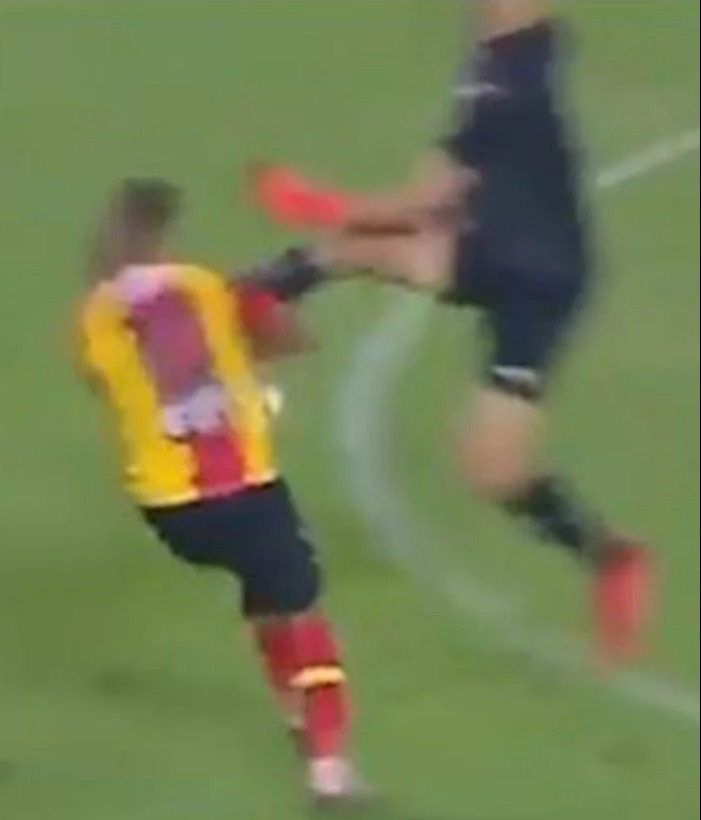 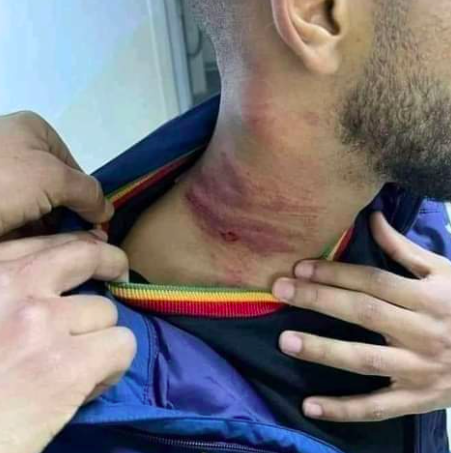 But as the ball bounced up to Elhouni's head height, he turned straight into a flying boot to the face from Allafi.

The Libyan goalkeeper, 21, was instantly given his marching orders while Elhouni, 27, received medical attention.

Tunisian side ES Tunis posted on Twitter: “The video of the attempted assassination of Hamdou Elhouni went around the world.

"Too bad, it gives a bad image in African football. Hamdou Elhouni is miraculously well.

Elhouni posted a heartfelt apology on Instagram after his sending off.

He said: "I swear to God that I didn’t intend to injure my friend Hamdou Elhouni.

"The shot happened in seconds, my intention was to remove the ball, I offer my apologies to my friend Hamdou and all the fans."