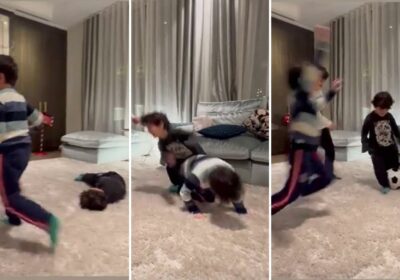 LIONEL MESSI shows he doesn’t need a football pitch to flaunt his skills as he runs rings round his children in his pyjamas and socks during a kick-around in his front room.

The seven-time Ballon D’Or Winner worked his magic on the same carpet where his stunning wife defied gravity with an inverted yoga pose hours earlier. 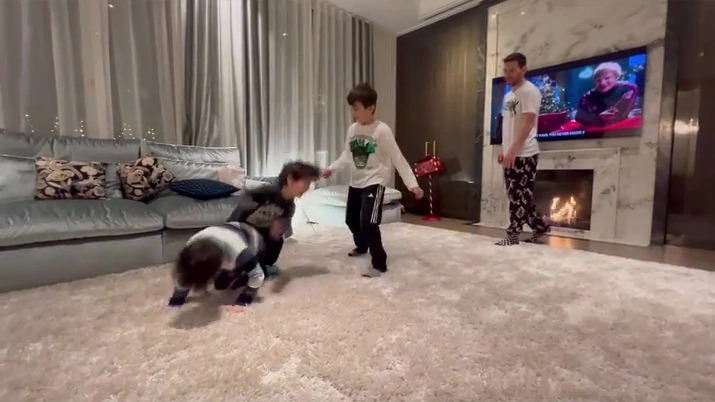 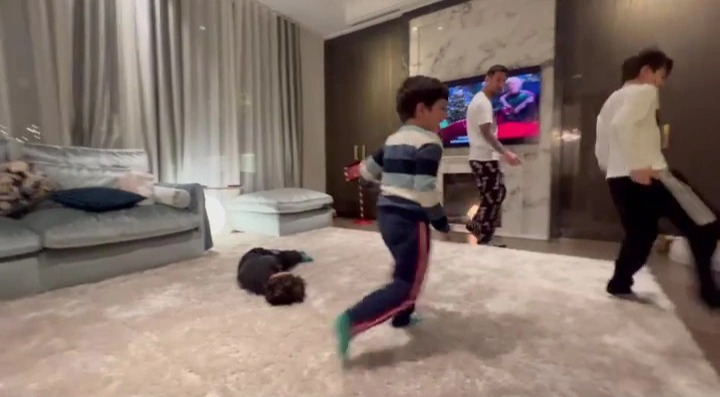 He resisted attempts by youngest son Ciro to take the ball off him with a slide tackle before putting the ball past older brother Mateo who was guarding a makeshift goal set up between the sofa and the fireplace.

Mum-of-three Antonela Roccuzzo, who posted the hilarious footage on her Instagram, could be overheard wincing as Mateo, six, dumped Ciro, three, on the ground with a red-card tackle.

Messi, whose sons dressed up like their Paris Saint-Germain star dad at last week’s glitzy ceremony where he won his latest Ballon d’Or, appeared to repeat his Champions League feat on Tuesday by scoring two goals.

His first wonder strike against Bruges was the landmark 758th of his career and put him one ahead of Pele’s official total.

The touching video of dad-of-three Messi, 34, playing around with his sons put into sharp focus the new lifestyle the Argentinian has had to adapt to after nearly two decades at Barcelona.

He regularly organised makeshift games with his children when he was still at his old club, but most took place in the garden of his mansion south of the Catalan capital because of the warmer winters. 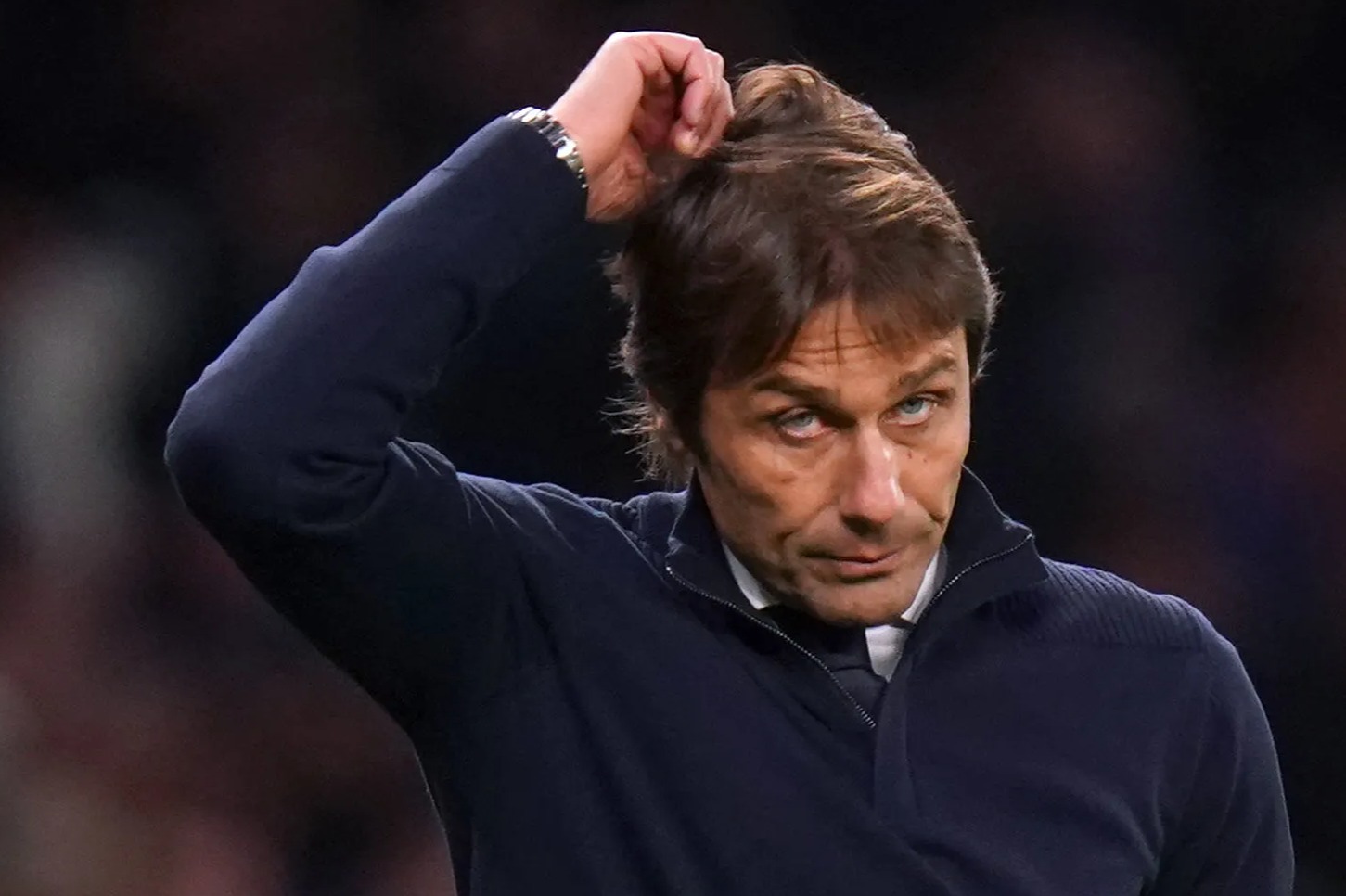 Messi’s former Barcelona team-mate Luis Suarez admitted recently his pal was suffering at his new club, saying: “He told me that when he is playing in the cold, he suffers a lot and with the snow.”

Earlier this week Antonela showed off her strength and balance with her inverted pose at the couple’s Paris home.

The 33-year-old, wearing tight-fitting black leggings and a white top, appeared to bend her legs effortlessly in her upside-down position before righting herself after balancing her knees on the back of her triceps.

She wrote alongside footage of putting her weight on her hands, shoulders and head, as an Ed Sheeran music video played on the TV: “Missing my yoga classes.” 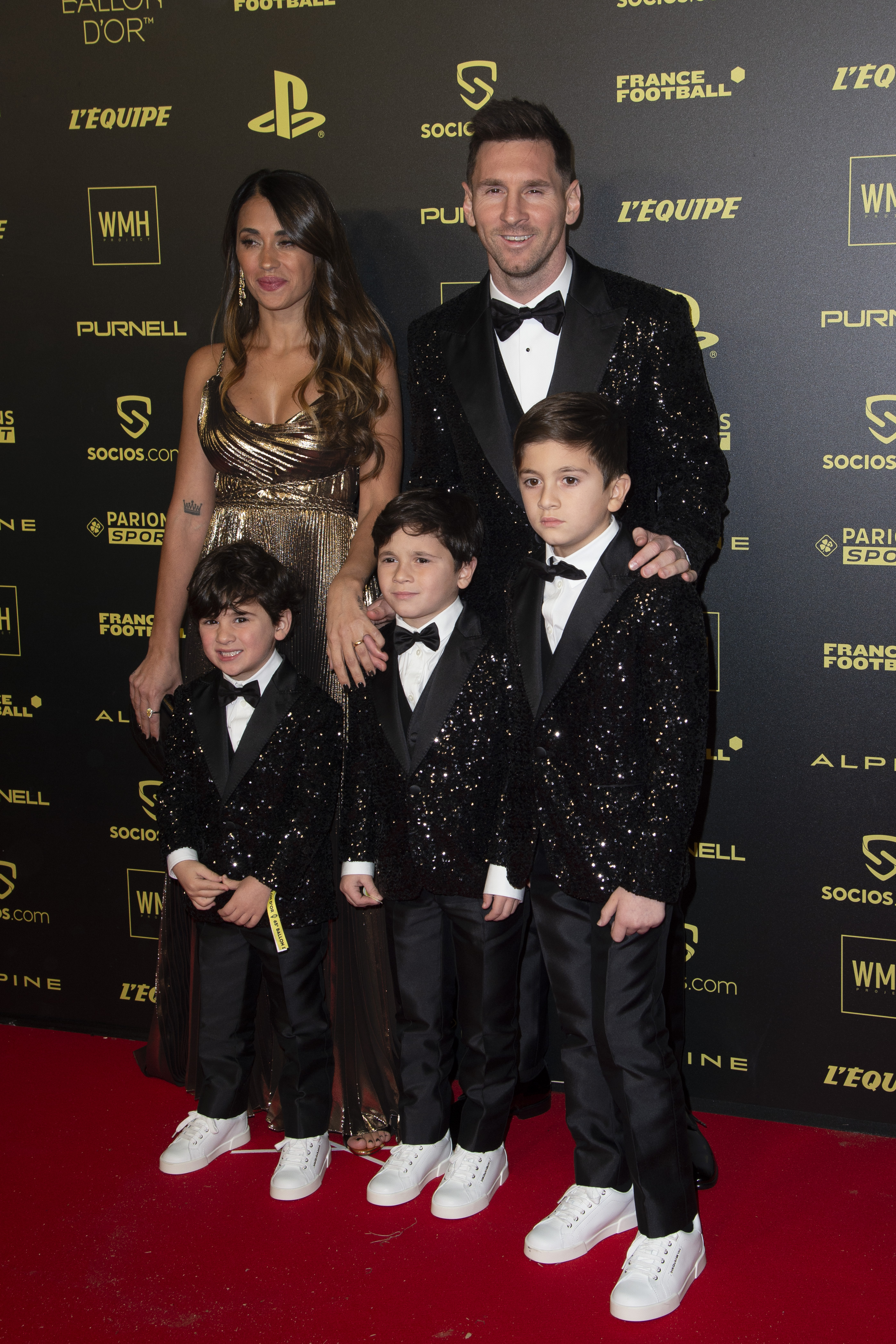