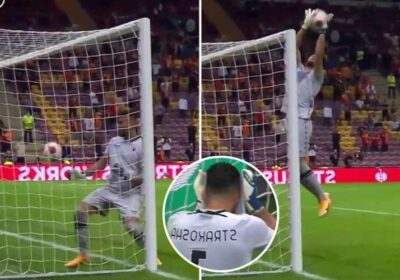 LAZIO goalkeeper Thomas Strakosha had a moment to forget when he palmed the ball into the back of his own net on Thursday.

The incident was a calamitous one from start to finish and gave Galatasary the lead in the 66th minute. 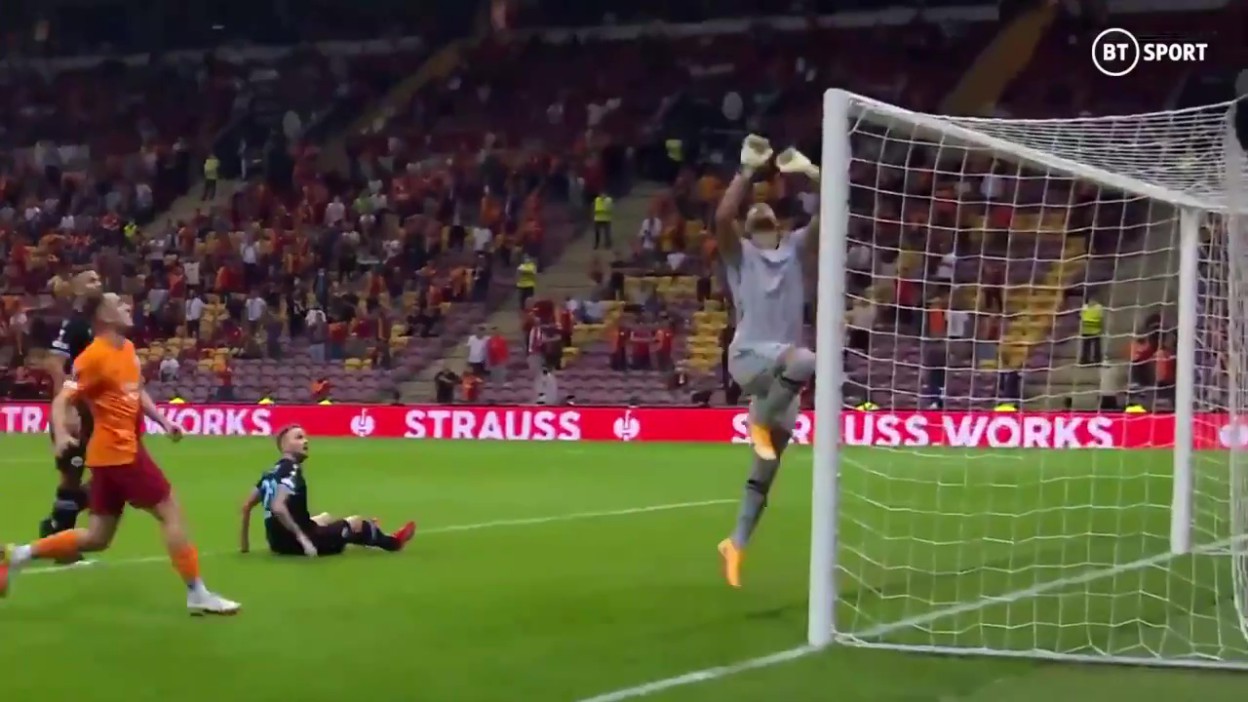 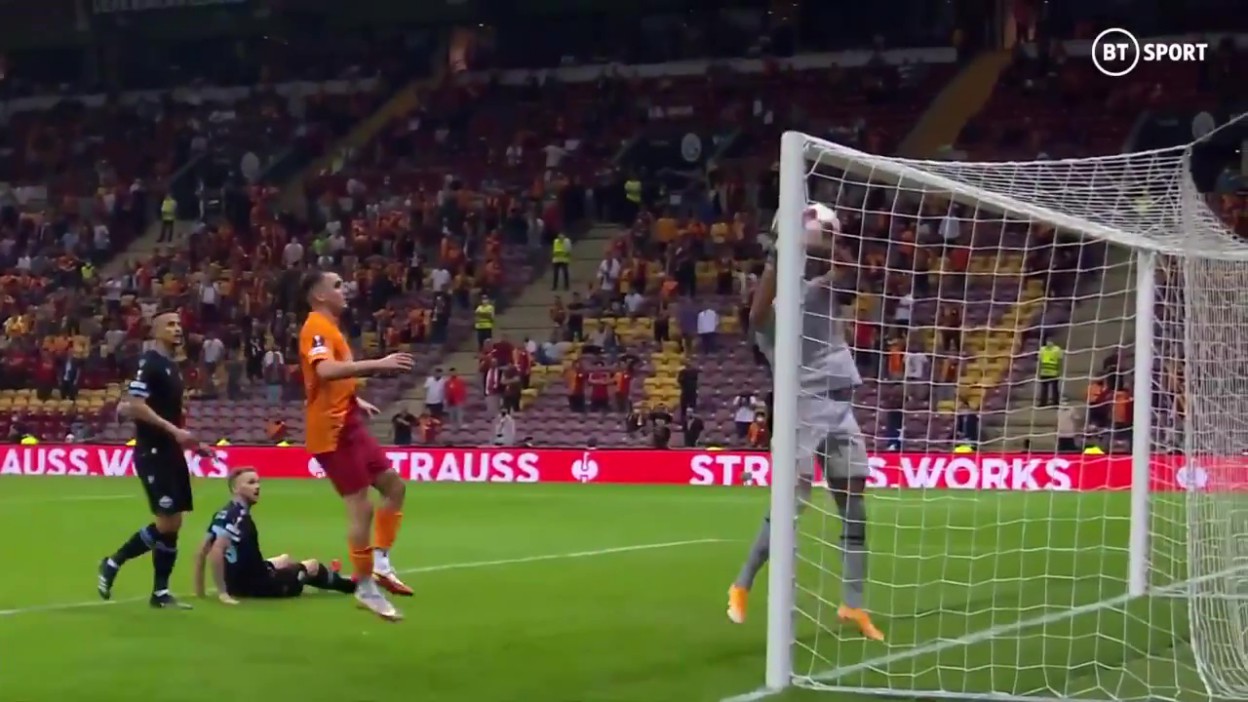 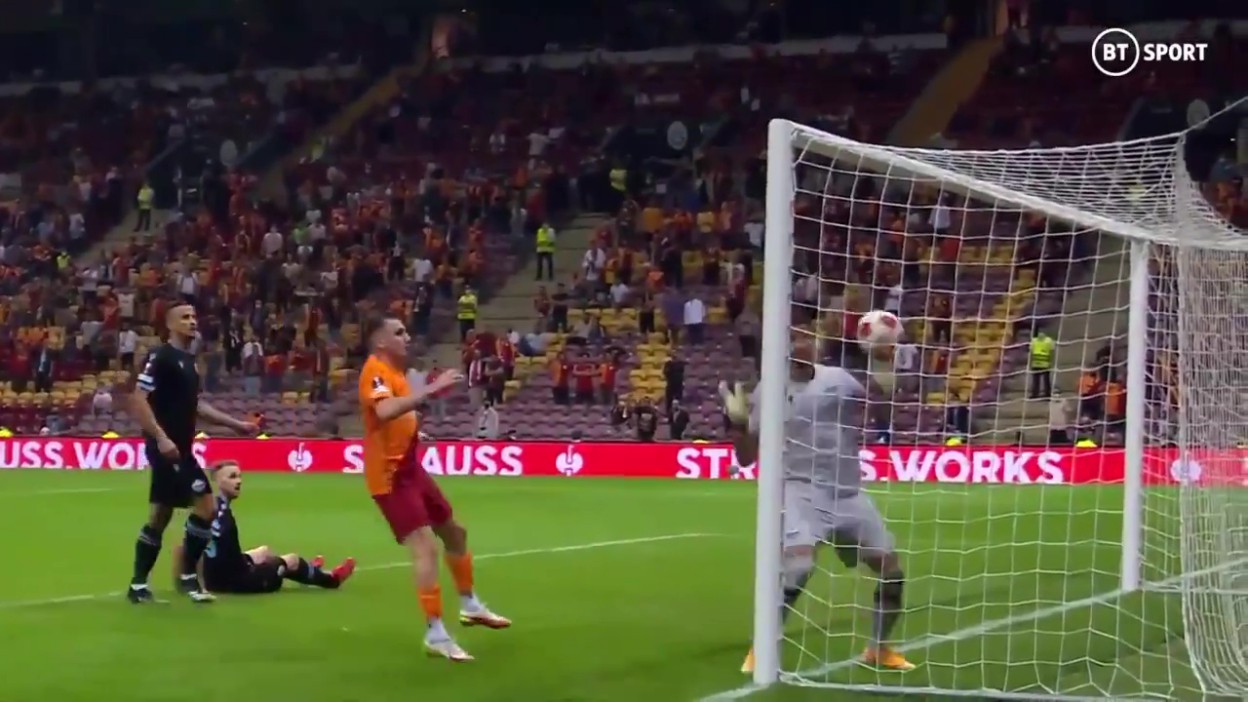 It started with Olimpiu Moruţan beating an opponent before chipping a cross into the Lazio box.

And though Lazio defender Manuel Lazzari was not under any immediate pressure, he spooned the ball high into the air and in the direction of his own goal.

It was still simple enough for Strakosha to deal with however – he only needed to tip the ball over the crossbar.

But the 26-year-old attempted to catch the ball instead, with disastrous consequences.

The ball slipped from his grasp and into the back of the net to give Galatasary a lead they did not relinquish.

The shocking error was very reminiscent of Jordan Pickford gifting Liverpool a win in 2018 orMartin Dubravka's mistake against Spain at Euro 2020.

Paulo Sarabia had struck a shot against the bar, sending the ball into the air – Dubravka then punched the ball into his own goal rather than above the bar.

Fans on Twitter could not believe their eyes, with one saying: "He’s had a Stashocker…"

Another added: "Brown envelope coming to him soon."