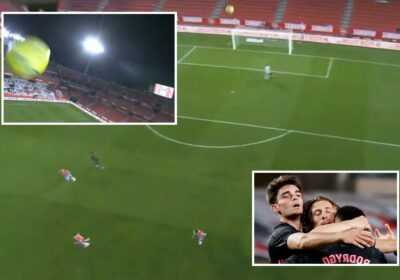 GRANADA keeper Rui Silva somehow managed to hit the high-wire Spidercam with a stray clearance as his side lost 4-1 to Real Madrid on Thursday.

Los Blancos kept the pressure on Atletico Madrid in LaLiga's title race but focus was also on the one-in-a-million shot produced thanks to Silva. 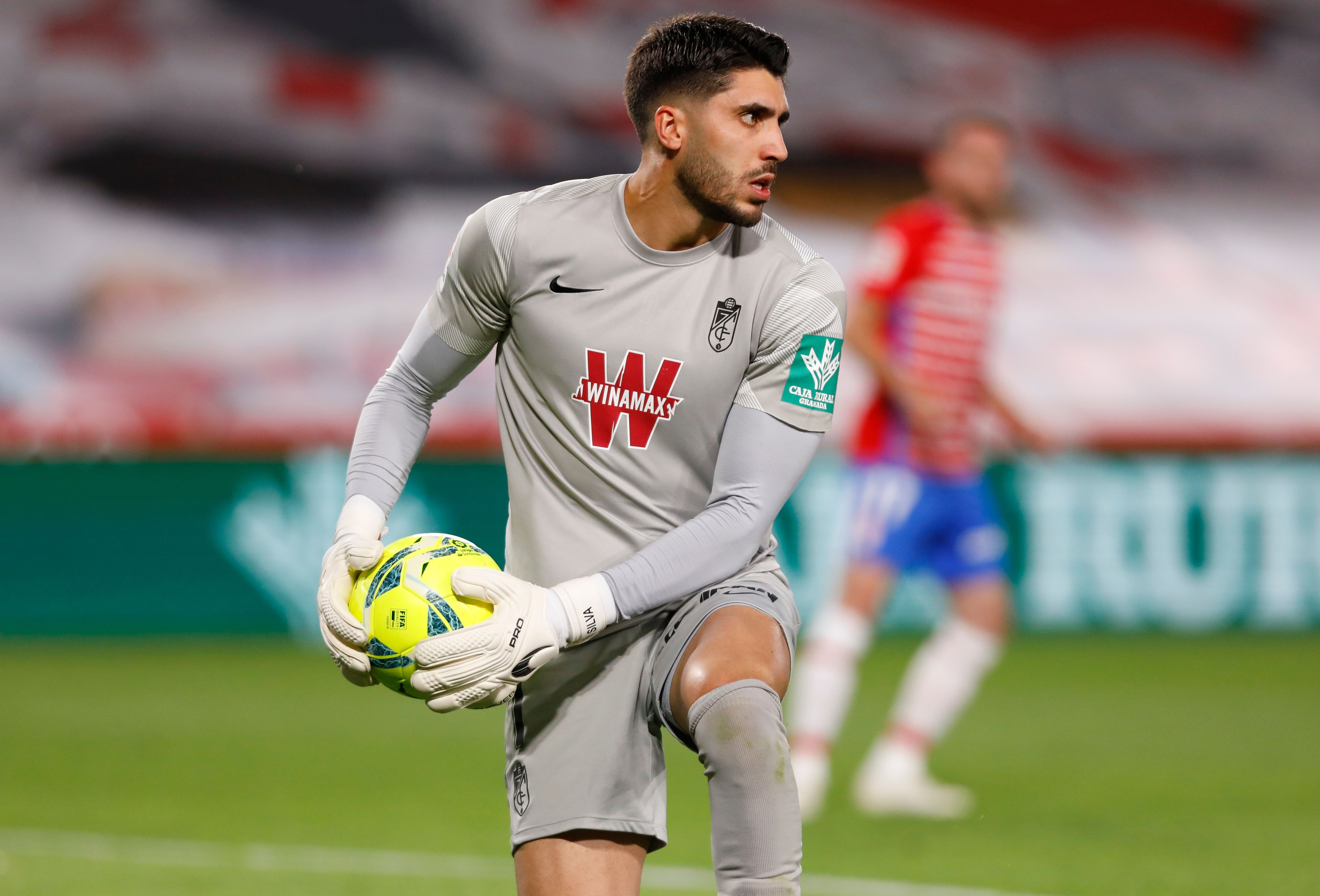 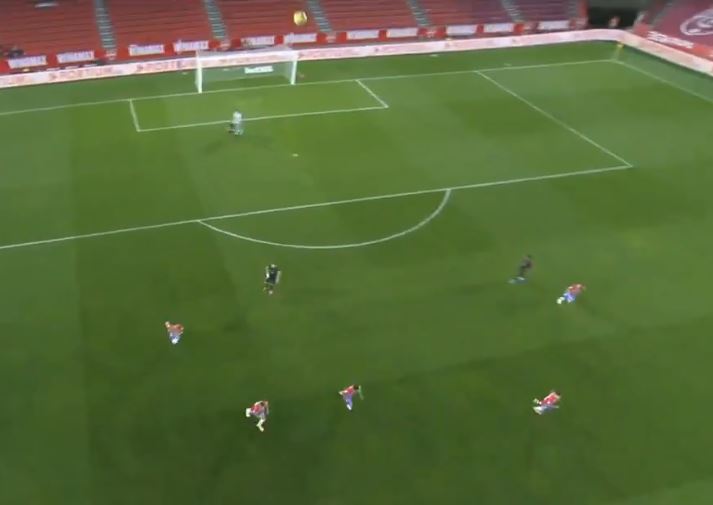 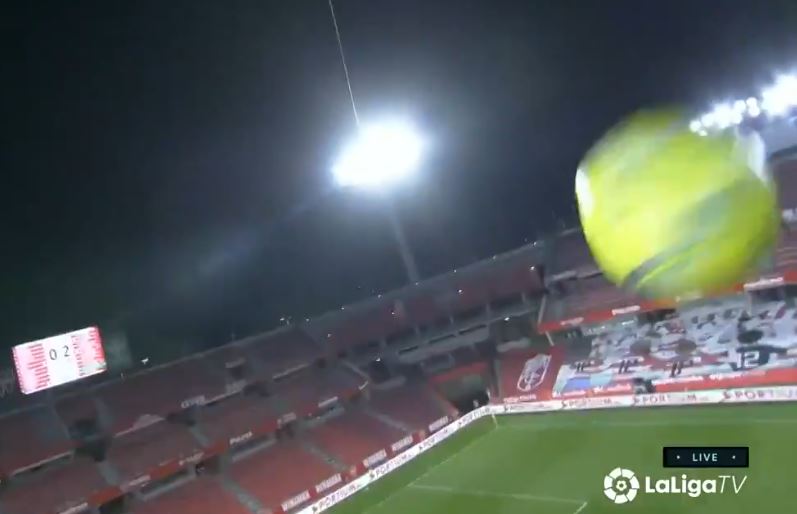 Real led 2-0 in the 53rd minute when the freak incident occurred.

Luka Modric and Rodrygo scored before half-time to set Real on their way.

And the Spanish giants appeared to be strolling toward an uneventful win when play had to be stopped.

Granada had possession in their back-line and the ball was rolled back to Silva.

And under pressure from Karim Benzema, he lined up a mammoth clearance.

Silva blasted the ball into the night sky with his left foot and it disappeared out of shot as the players tracked its flight.

But suddenly they all stopped and the ball fell back down to earth midway inside Granada's half.

The audience was left confused until the coverage showed the Spidercam's view. 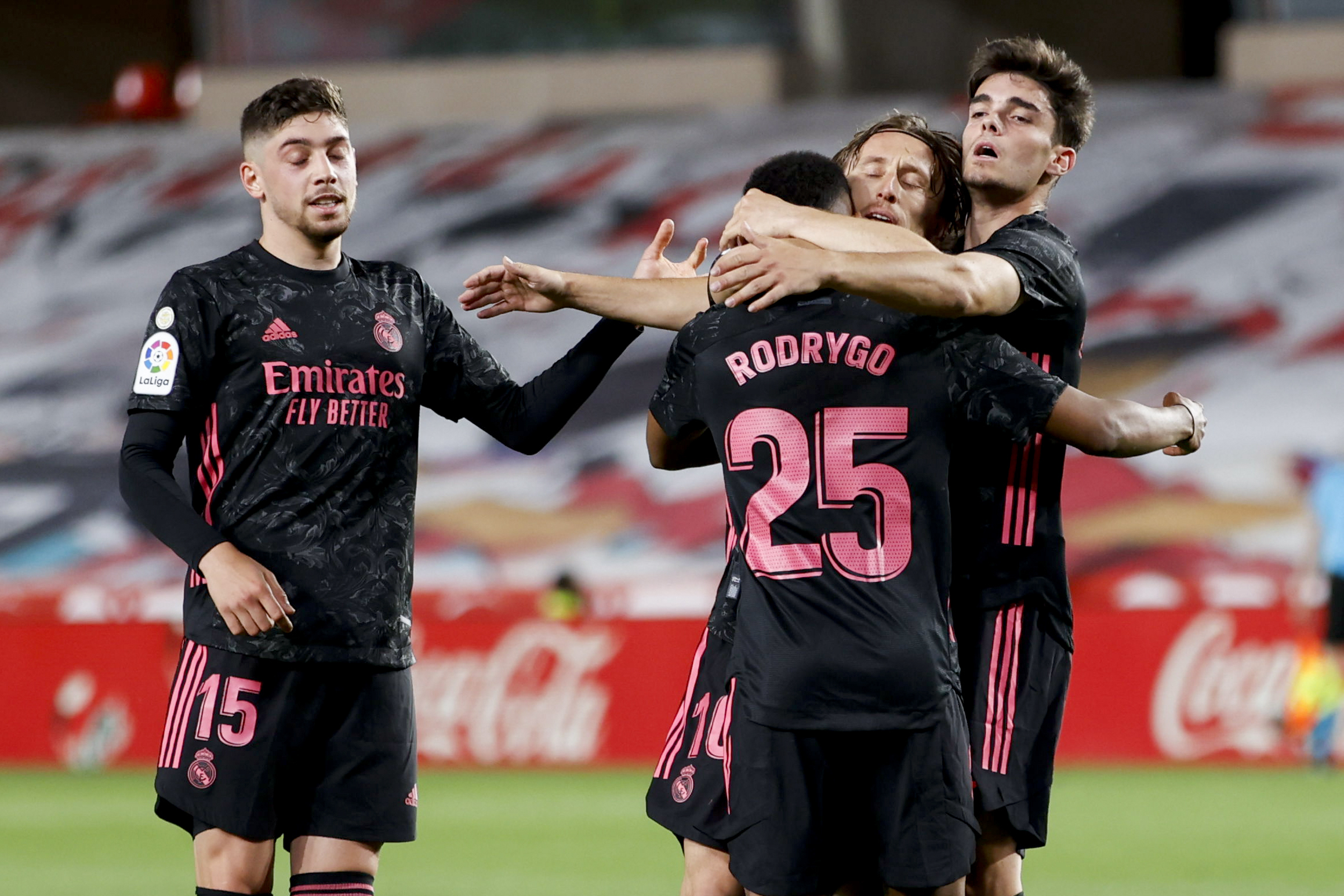 The ball could be seen coming straight at the screen as it left Silva's foot before it collided with the camera and fell back down to earth at Los Carmenes stadium.

Play was immediately stopped and the ball rolled back to Silva so he could restart play.

Madrid had a nervy few minutes when Jorge Molina gave the home side hope in the 71st minute.

But they wrapped up the win soon after thanks to goals from Alvaro Odriozola and Benzema in the 75th and 76th minutes.

Real leapfrogged Barcelona into second in LaLiga with the win and they sit on 78 points – just two behind leaders Atletico with all three teams having two games to play.

And Barca have Celta Vigo at home before a trip to Eibar on the final day.