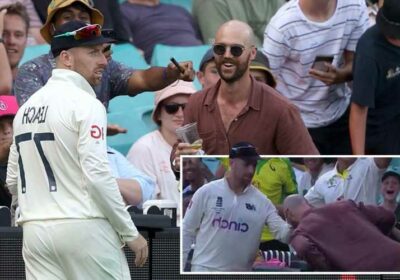 JACK LEACH took a brief pause from the Ashes… to sign a fan's HEAD.

The England spinner was in the field during the third session on Day 1 of the Fourth Test in Sydney. 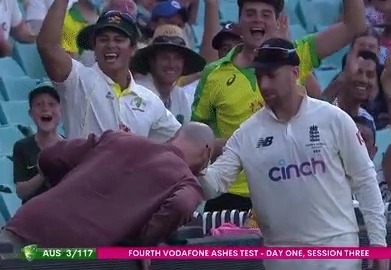 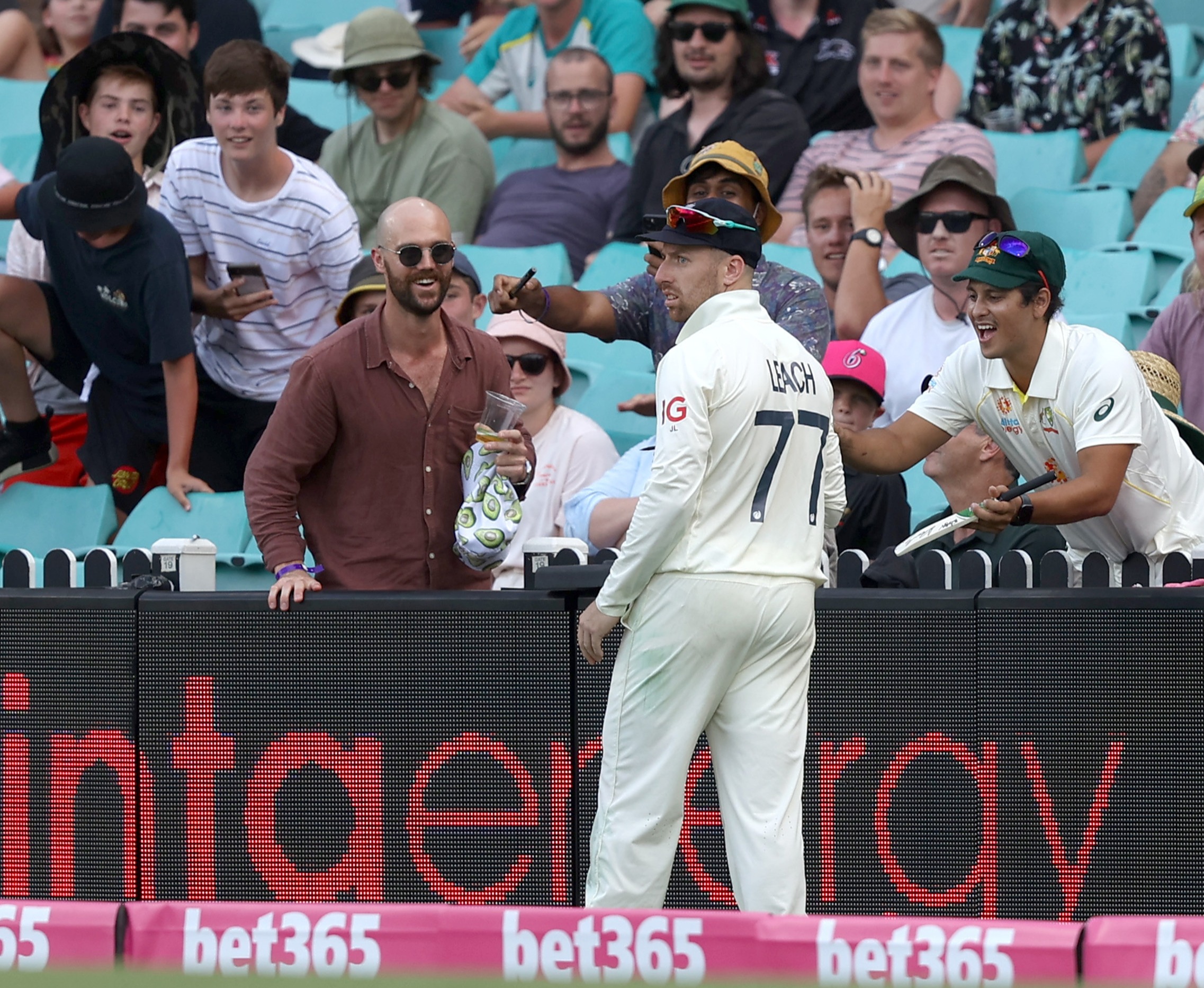 And with the Barmy Army in full voice, they beckoned him over for an autograph, as is often the case with the fielder on the boundary.

But then things took a bizarre twist.

A bald gent in a brown shirt and sunglasses and carrying an empty pint cup had removed his avocado cap.

He leant forward waiting for Leach to put pen to – err – scalp.

He took the permanent marker in his right hand – despite batting and bowling with his left – and inked the shining head in the Oz sun as England and Australia cricket fans cheered on.

WHAT'S ON THE MAN U?

And fans watching on at home were loving it, too.

One said: "Jack Leach signing a bloke’s head, what a man."

Another wrote: "The SCG is so helpful for spinners that Jack Leach has got a scalp when he's not even bowling."

A third user added: "I hope the bloke gets that made into a tattoo."

And Specsavers, who famously sponsored Leach after his Ashes heroics in 2019, quipped: "He's not wearing his glasses, he thought he was signing a T20 ball."

In reality, though, it was a rare moment of joy for Leach and the England supporters on what has been a miserable Ashes tour.

The visitors battled hard on a rain-affected First Day of this dead-rubber match.

For a while it appeared Stuart Broad taking David Warner once again would be the only wicket of the day before Marcus Harris and Marnus Labuschagne went late as the Aussies finished 126-3 at stumps.

Maybe, just maybe, England could avoid a 5-0 clean sweep after all. 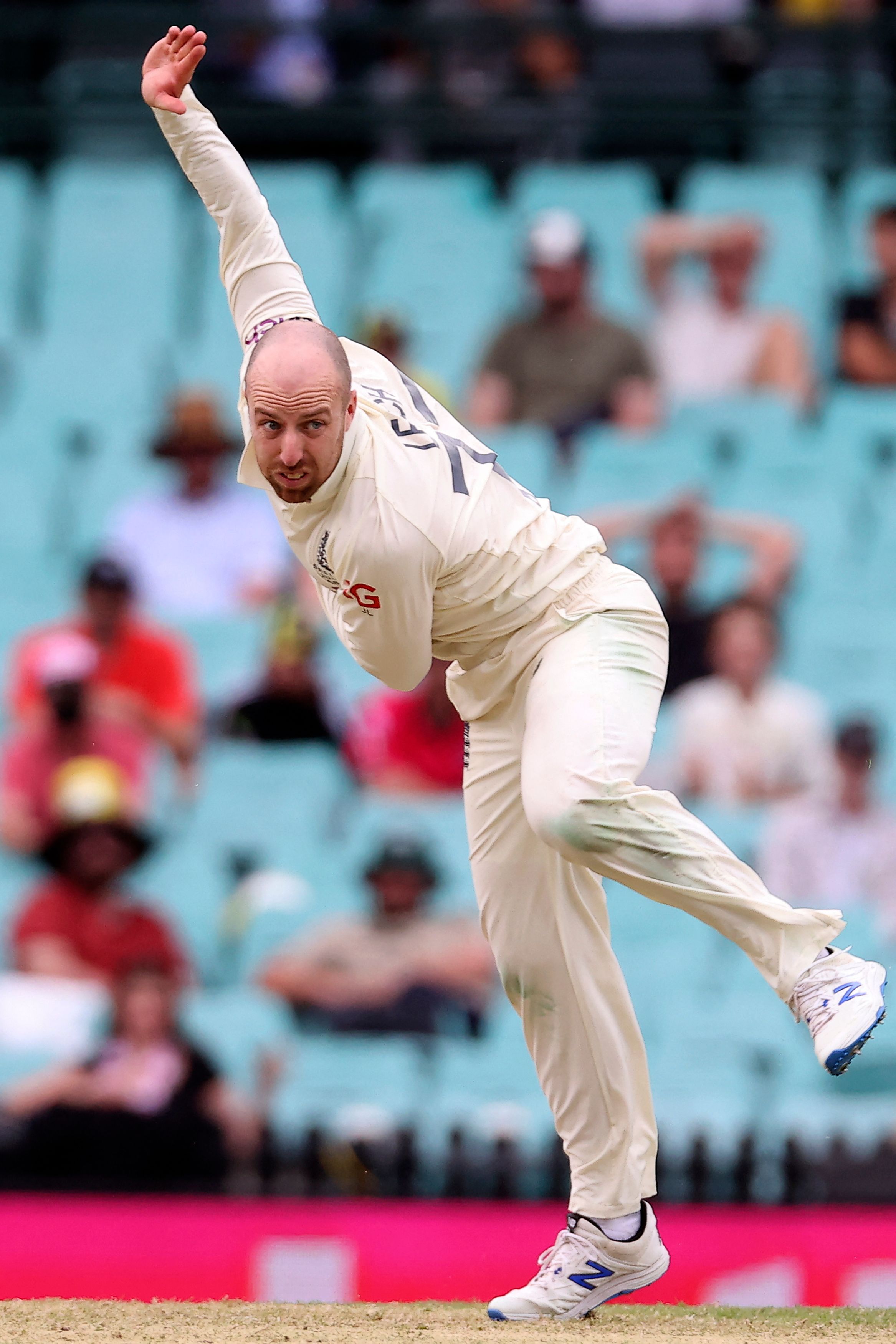