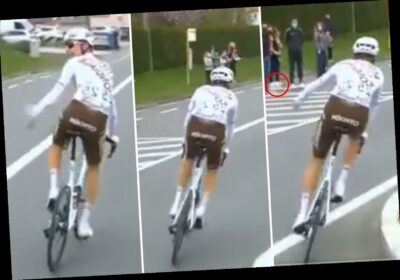 A CYCLIST was booted out of the Tour of Flanders for 'littering' – after throwing a water bottle to fans.

Michael Schar, 34, innocuously flung the bidon towards the side of the road where spectators were watching and a fan appeared to run and pick up the souvenir. 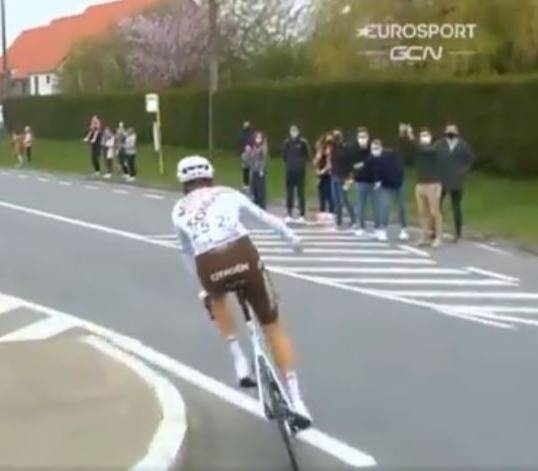 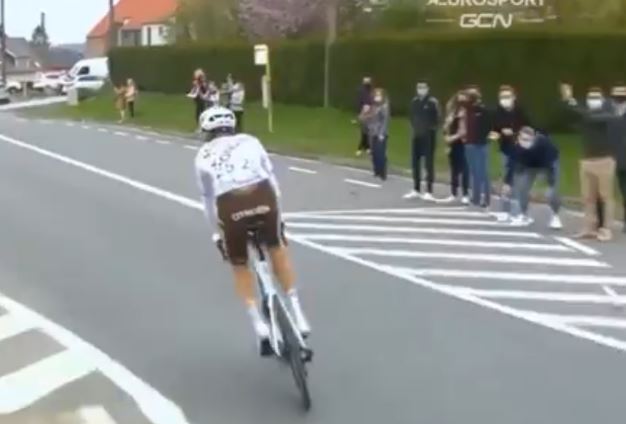 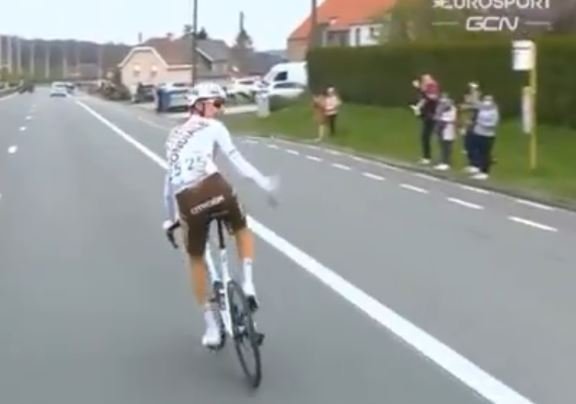 He was allowed to continue racing in Belgium, catching up with the peloton after a long chase and two bike changes.

But then race officials called the AG2R rider over and told him to stop.

They concluded the Swiss had broken new UCI protocols and subsequently disqualified him.

The revised littering rules came into effect at the start of April stating riders can only dispose of litter – such as food, bottles, clothes – in designated drop-off zones or handed over to team crew.

Depending on the severity of the incident, racers can be fined, docked points or eliminated.

Schar was clearly still fuming by Monday morning when he took to Instagram with an emotional post about giving water bottles to fans.

"I remember it as it was yesterday. My parents drove my sister and me to the 1997 Tour de France in the Jura. We drove to the parcours and waited there for hours in the middle of the crowds.

"Exactly this electrifying atmosphere of the bunch approaching us was for me life changing. I was endlessly impressed by the speed and ease these riders could ride their bikes.

"I wanted nothing else in my life anymore than becoming a pro cyclist myself. From this moment on I was driven by a dream.

"On top of that impression I received a bottle from a pro. This little plastic piece made my cycling addiction complete.

"Back home that bottle was reminding me every day of what my dream was. I rode my yellow Team Polti bottle every day in full pride. Every day.

"Now I am one of these pros who race through all of the happy spectators.

"During calm moments of the race I always keep my empty bottle until I see some kids next to the road. Then I throw them gently right where they can catch it safely.

"Two years ago I gave a bottle to a girl next to the road. Her parents told me the girl wasn’t only happy about this bottle for a day. No, she still talks about this bottle. And maybe one day she becomes a cyclist as well.

"These are moments why I love our sport. Nobody ever can take that away from us.

They are going to ruin everything with this stupid rules

"We are the most approachable sport who gives bottles along the way. Simple as that. Simple is Cycling."

Plenty of cycling fans took to Twitter to defend Schar and blast the 'ridiculous' UCI bigwigs for their handling of the situation.

One wrote: "I thought it was a joke but Michael Schar really has been DSQ for throwing a bottle to the fans. Absolutely ridiculous and absurd. Shame, UCI.

"Please make it clear, UCI. Throwing stuff in open nature should be forbidden, not throwing to the fans.

"Yesterday, one of the guys who finished on the podium in [the] GP Indurain threw away his gel in the ditch [with] no people around live on TV and you did nothing."

Another said: "If the UCI cares so much about ecology, they should reduce the amount of vehicles following the race instead [of] disqualifying a cyclist for throwing a bottle towards a fan."

A third added: "They are going to ruin everything with this stupid rules."

A final user commented: "Is it really a littering thing or is it a Covid thing? Throwing a bottle to fans in a pandemic would be a bit of a risk, wouldn’t it?"