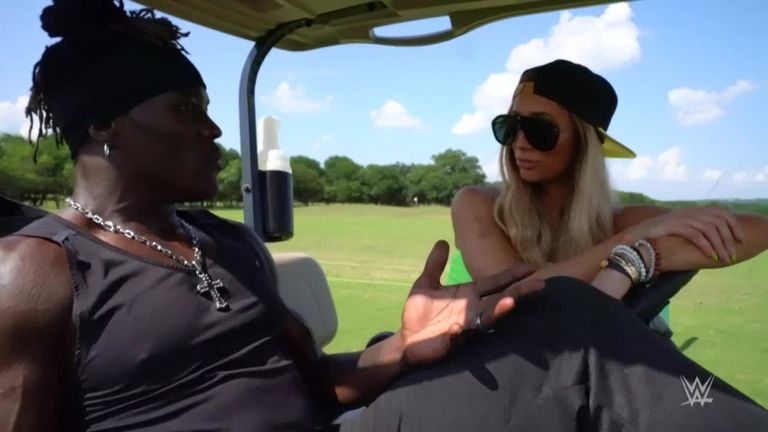 R-Truth was forced to make an impromptu defence of – and challenge for – the WWE 24/7 Title while playing golf.

Truth was preparing for a quick round alongside Carmella, who was presumably doubling up both as his caddy and as the driver of his golf cart, when he found himself on the back foot.

After a brief discussion about the calming benefits of golf Truth had been told by ‘Philly’ – that’s Phil Mickelson to you and me – the champ reached into the bag for his driver, whereupon he was immediately ambushed by Jinder Mahal.

Mahal had managed to make his way past the course starter and onto the course in full wrestling gear and with a referee in tow but still retained an element of surprise.