Washington made ‘significant offer’ for Matthew Stafford before Rams trade 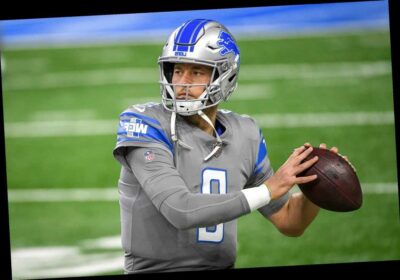 Former Jets coach won’t be back with the Packers

Dak Prescott almost had a new challenger for the title of “top quarterback in the NFC East.”

After starting four quarterbacks last season, the Washington Football Team made a “significant offer” for Matthew Stafford that included “more immediate help than what the Lions landed” from the Rams, according to The Athletic.

The Lions dealt Stafford to the Rams for two first-round picks, a third-round pick and quarterback Jared Goff. Dumping Goff’s hefty contract was a must for the Rams to fit in Stafford, but the dead salary-cap space from cutting Goff only requires a one- or two-year commitment from the Lions. The trade, combined with the six-year contract given first-time head coach Dan Campbell, signals the Lions are committed to not rushing a long-term rebuild.

Washington started Dwayne Haskins, Kyle Allen, Alex Smith and Taylor Heinecke at quarterback last season – and still won the NFC East. Haskins was cut and signed by the Steelers, Allen will be coming off a season-ending injury and Smith – who was 6-1 as a starter but missed the playoff game due to injury – could contemplate retirement.

Washington remains “open to potentially dealing more than just a first-rounder for a formidable quarterback, depending on if it’s the right deal,” according to NFL reporter Josina Anderson.

Other veteran quarterbacks who could be on the move this season include Prescott, Wentz, Matt Ryan, Cam Newton, Mitchell Trubisky. The grand prize, of course, is Deshaun Watson, but that might require giving up three first-round picks to the Texans via trade.

Prescott, who is a free agent in stalled negotiations with the Cowboys, and Wentz, who is unhappy with the Eagles, are division rivals for Washington. None of the four teams in the NFC East started the same quarterback in all 16 games last season, and Washington became just the third division winner in NFL history with a sub-.500 record.