Karmichael Hunt will part ways with the Queensland Reds by Christmas and could be in the frame for a NSW call-up in 2019.

The Herald understands the code-hopping utility and his management are close to an agreement with the Reds that will see him released from the final year of his contract with the Super Rugby side in the coming weeks. 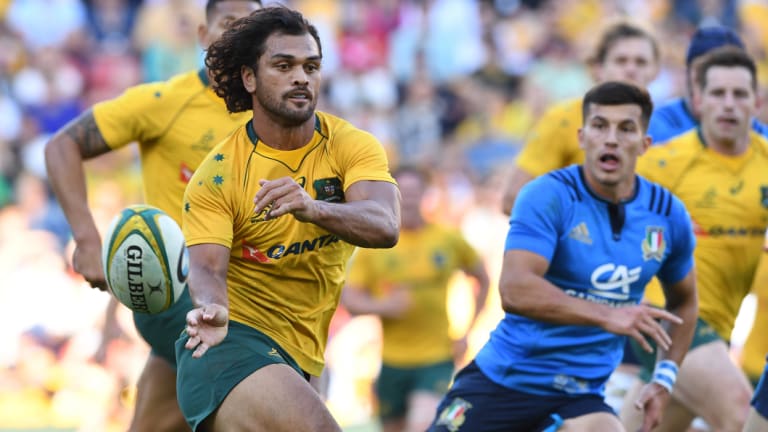 Breakthrough: Queensland and Karmichael Hunt are understood to have agreed to a release for the veteran back.Credit:AAP

Without a Super Rugby offer elsewhere at this stage, it is unclear where that leaves him. He is still contracted to Rugby Australia.

But with the Waratahs on a mission to build squad depth next season and Hunt still a person of interest to Wallabies coach Michael Cheika, the NSW side have not ruled out taking a closer look at him.

The 31-year-old played six Tests for Australia in 2017 before an arrest on drugs charges a year ago brought it all crashing down. Police dropped a charge of cocaine possession and no conviction was recorded, but Hunt was fined $300 for being in possession of a prescription drug and another $300 for failing to report to police for finger-printing.

The incident resulted in a $10,000 fine under Rugby Australia's Code of Conduct and a four-match ban. It was also the end of his career in Queensland, with hard-line coach Brad Thorn effectively rubbing him out of all plans, two years out from the end of his contract. 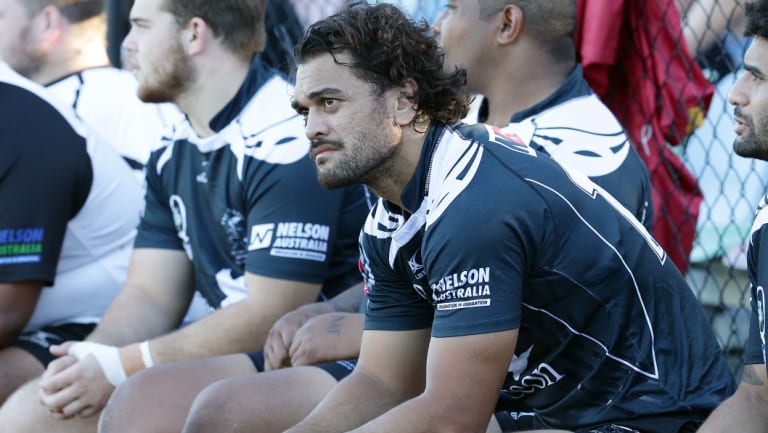 Unwanted: Hunt was shut out of the Reds and Brisbane club Norths, but found a lifeline through Souths and the NRC. Credit:Tertius Pickard

Hunt saw out the year training with Souths in the Brisbane club competition and playing for Brisbane City in the NRC. He has never given up his ambitions for higher honours.

"My dream world would be to run out there with the Reds again and play some footy for the Wallabies again," Hunt told Fox Sports' Kick and Chase program in November.

"That’s my dream goal and I’m doing everything possible to put myself in that position for next year.

"This last chapter is probably my most important.

"I’m not going to be able to wipe away the past and nor do I want to.

"But I want to own it and I want to move forward and put footy at the forefront of the talking points when people speak about my name." 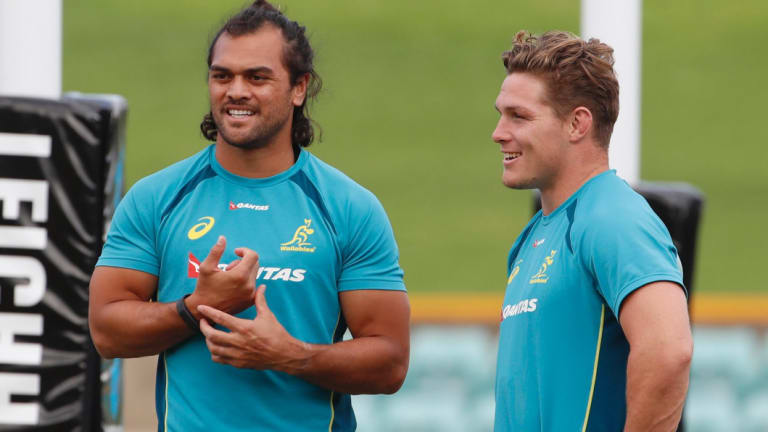 Other unwanted Reds stars have found new homes, with Quade Cooper moving to the Rebels and James Slipper to the Brumbies. The Rebels appear to have a surplus of back-line talent already, while the Brumbies are also understood to have a full house.

The Waratahs could be Hunt's lifeline, although the organisation would need to undertake a review before moving ahead with the proposed recruitment. Head coach Daryl Gibson has targeted a larger, deeper squad to help his side go one better than last year's Super Rugby semi-final. They are close to announcing the return of veteran Adam Ashley-Cooper and have given Israel Folau’s younger brother, John Folau, a training squad spot in a bid to fill the wing spot left by the UK-based Taqele Naiyaravoro.

Hunt played all of his Tests in the midfield, but was used at fullback in his 32 appearances for Queensland. With Ashley-Cooper and Folau in the NSW squad, the former Broncos and Suns player would be caught behind some solid talent.

But against a backdrop of a World Cup year, in which the Super Rugby teams have committed to a 20 per cent reduction in playing and training load for their Test players, a player of Hunt's experience and versatility could be a handy resource for NSW.

There is some water to go under the bridge yet. Cooper's move to the Rebels was a drawn-out process as Rugby Australia tried to broker a deal that satisfied both Queensland and Melbourne. Hunt's move would presumably go down a similar path, with NSW agreeing to take on a portion of Hunt's salary and the Reds keeping the remainder on their books.