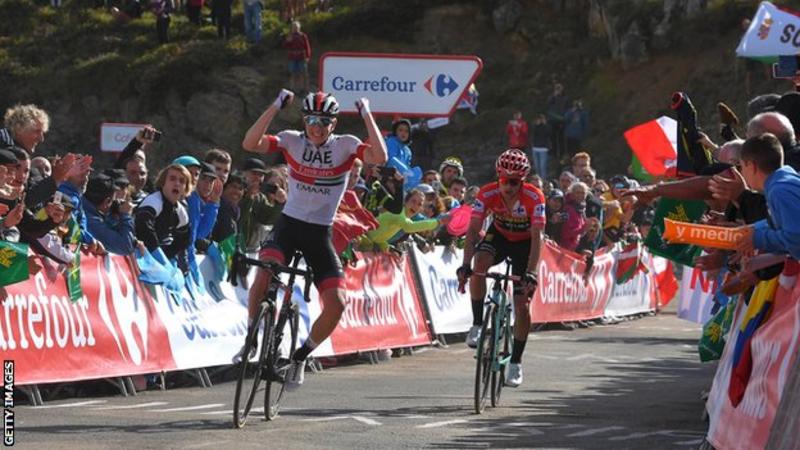 Pogacar, of UAE Team Emirates, leaps to third overall after he and Roglic raced clear on the brutal 6.8km final climb.

It is 20-year-old Pogacar’s second win after victory on stage nine.

During La Vuelta’s previous visit to Los Machucos in 2017, leader and eventual race winner Chris Froome saw his lead slashed by 42 seconds – but Roglic faced no such problems as his closest challengers faltered.

Valverde remains second, despite finishing 27 seconds down on the Slovenian pair in fourth, while a difficult day for Colombian Miguel Angel Lopez – who fell from third to fourth overall – saw him finish seventh and concede over a minute as Pogacar strengthened his claim for a podium finish.

A fourth day in the red jersey awaits Roglic following Friday’s impressive climbing display, as a flat 188km stage 14 takes the riders along Spain’s northern coastline to a finish in Oviedo on Saturday.